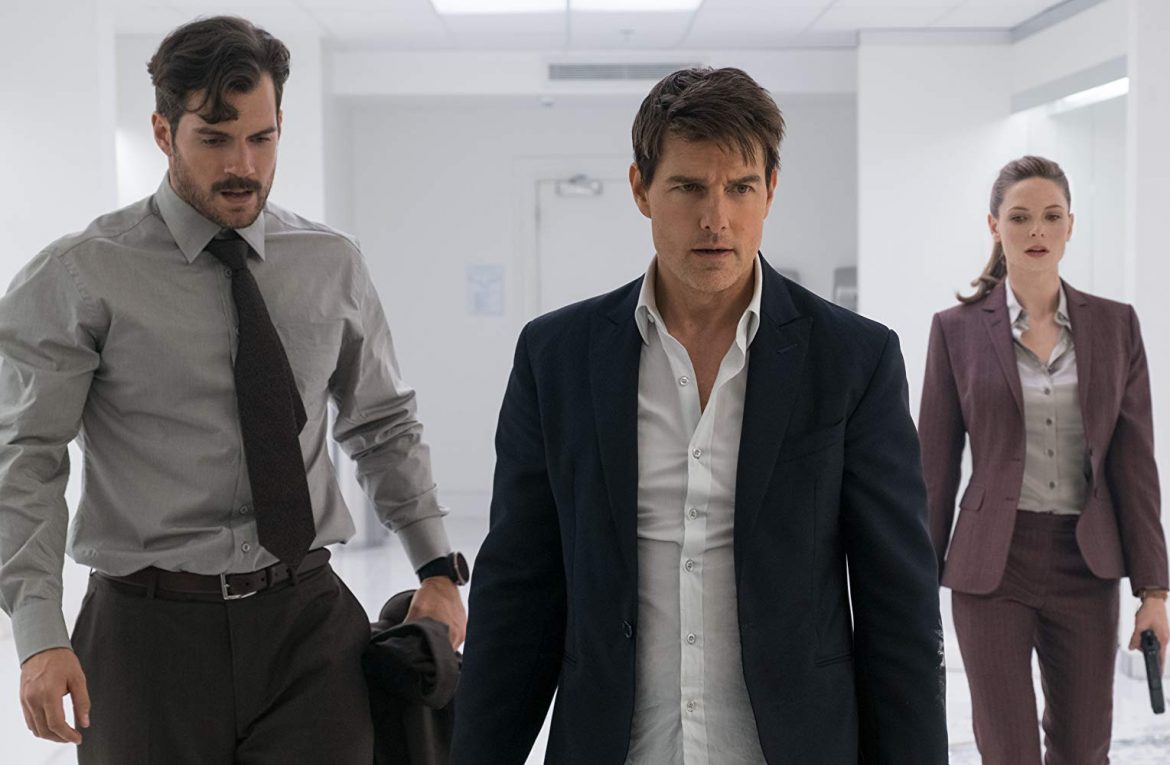 MISSION IMPOSSIBLE – FALLOUT – Yes it is indeed the 6th installment for Tom Cruise as Ethan Hunt – The agent and his crew to go on another mission. Double agents are involved. A terrorist plot unfolds where 3 plutonium bombs have been on radar for sale on the “Syndicate” – Black Market, and they must be captured and eliminated or millions of people lives will perished. The target places are “Rome”, “Jeruslaem” & “Mecca”.

The film is full of twist and turns and action that has been well planned out and executed meticulously that will leave you spellbound, especially in IMAX. Tom Cruise delivers all that was like the first time from the first episode. You could say he goes with his instincts and brings back that edge of your seat action, like he did in the first one that came out several years back.

Along for this episode you get to see Henry Cavill of “Superman” fame, who plays an assassin for the CIA, and is there to assist the team. This film has costed about $178 million to make, but it is sure money well spent for this Mission to be possible in “MISSION IMPOSSIBLE – FALLOUT” The film gets a 3 and a half star recommendation!! – A Must Watch!! – Enjoy!! Courtesy Awesome TV & BEING FILMY).