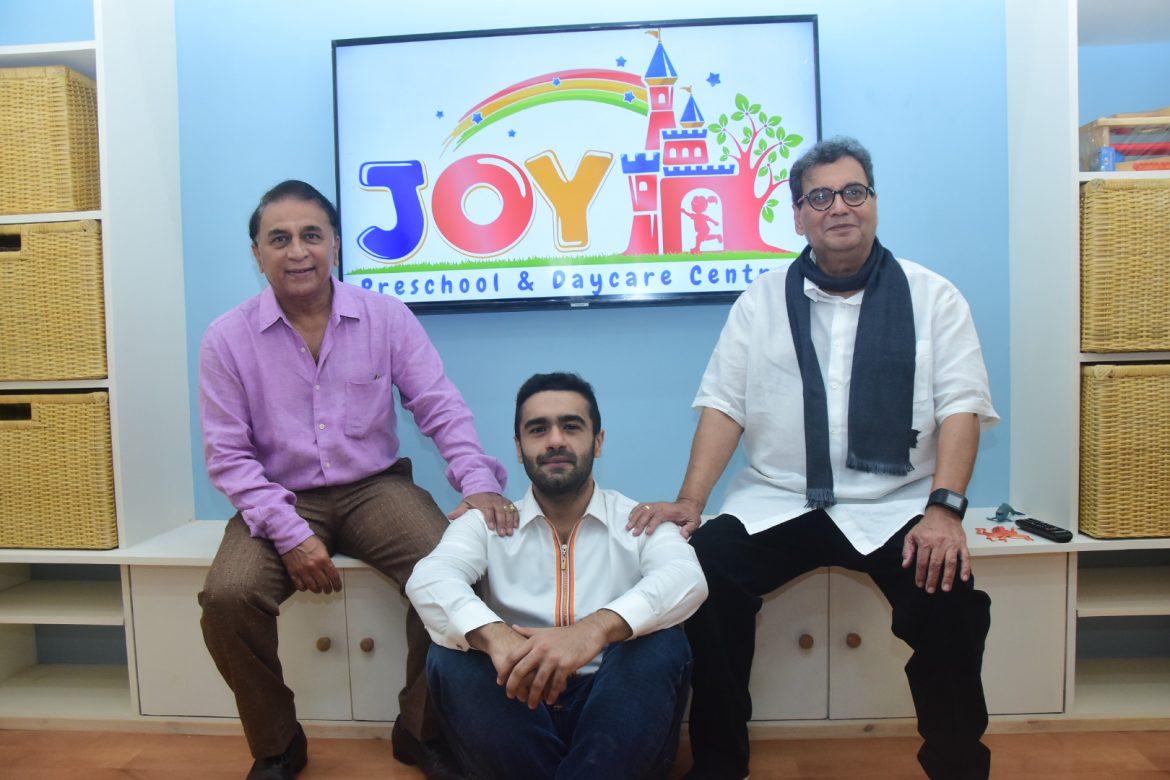 Veteran Producer Manish Goswami and his son, writer-director, Siddhant ventured into the education sector by opening their Preschool and Daycare center named – Joy in the western suburbs of Mumbai. The legendary Mr. Sunil Gavaskar  inaugurated the preschool and gave his blessings with best wishes to Siddhant and family for this new journey.