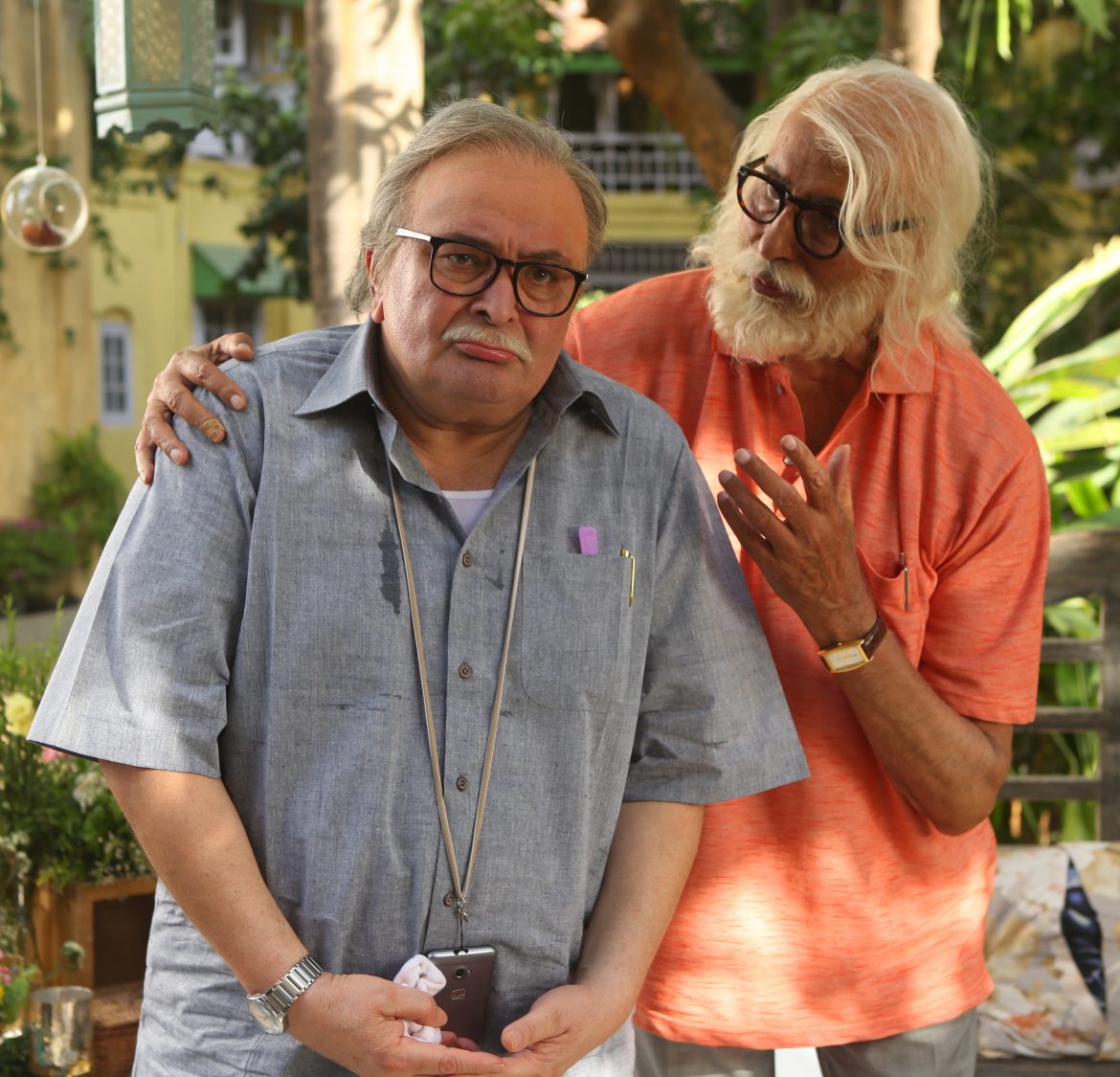 ‘102 Not Out’ will see Amitabh Bachchan and Rishi Kapoor sharing screen space after a gap of 27 years. In the film, Mr. Bachchan will be seen playing Rishi Kapoor’s father. Director Umesh Shukla states that it would take his ageing protagonists a staggering 7 hours for make-up every day. This would be followed by 6 hours of shooting. Both Amitabh and Rishi would walk onto the sets at 5 am with a different kind of energy, commence shooting after lunch and go on till 6 pm. At times, the shoot extended to 9 pm. The film has been written by Saumya Joshi (director of the eponymous Gujarati play on which the film is based) and directed by Umesh Shukla.