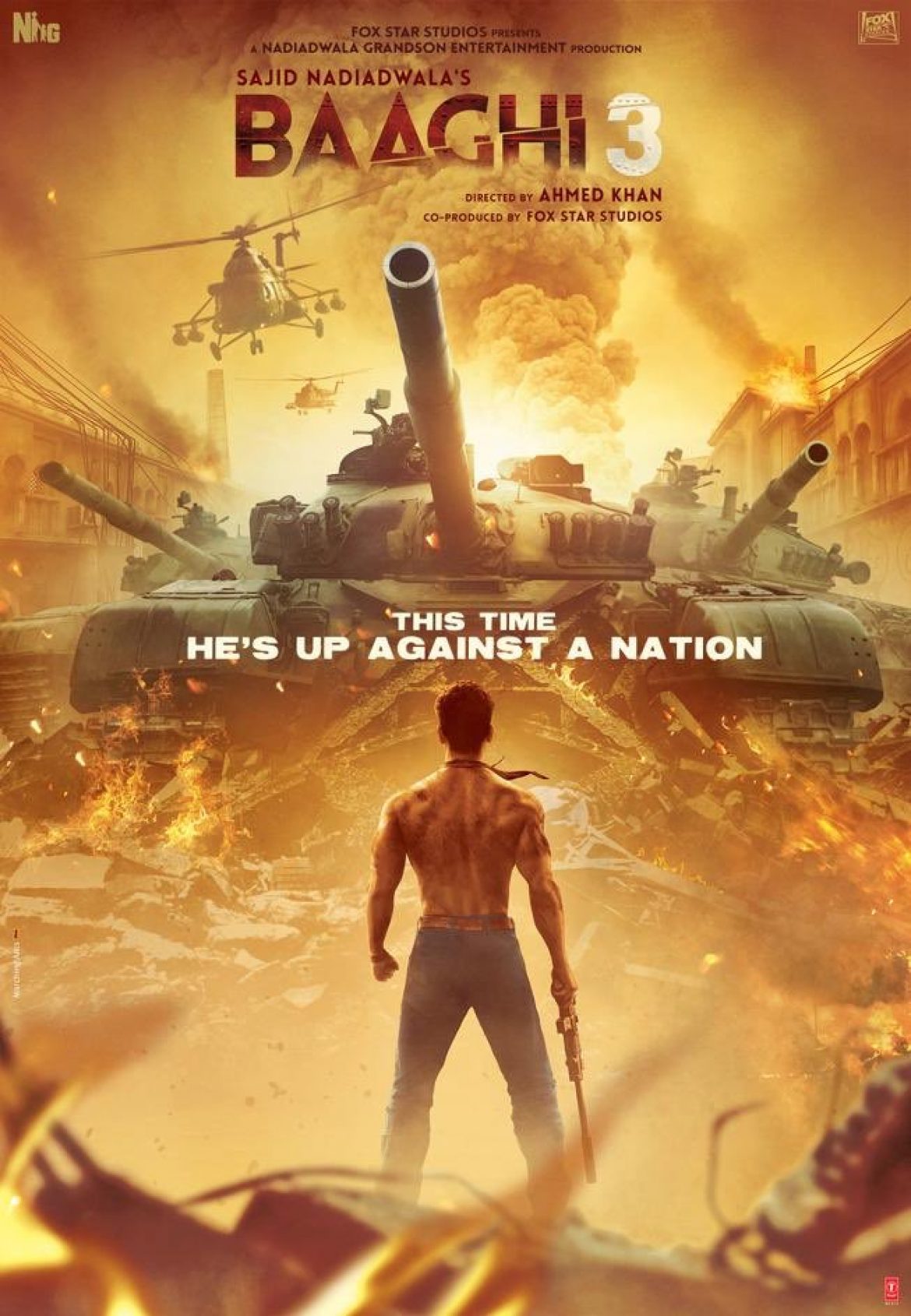 BAAGHI 3 – Tiger Shroff is considered now a bonafide action hero in Bollywood. With “BAAGHI 3”, he excels in this solid action thriller, and he gives a sincere performance in this third installment. It is another episode with a different plot. It is not a continuation from the last one, or the first one.

Yes it is a Masala potboiler from director Ahmed Khan, and this time he against one nation – Syria. It is a bit over the top to expect. But the real story is about a younger brother named Ronnie, played by Tiger, has made a promise to his dad, that he will always be there for the family, and protect his older brother Vikram, played by Ritesh Deshmukh from, bad situations, and bullies, including terrorists from Syria. When big brother is abducted from a cop mission from Syria, it is up to Tiger Shroff to come and settle the score,

This young “Rambo”, and the influence of “Tiger Zinda Hai”, makes this story very deja-vu and predictable. Shraddha Kapoor as the lead actress is just average as usual unfortunately. The film’s action is great, but with the wafer-thin plot, it makes me annoyed at Bollywood by churning out yet again, a half-baked product, and then as a result it becomes an average affair. The film gets a 2 and a half star recommendation.  Courtesy Awesome TV & BEING FILMY.