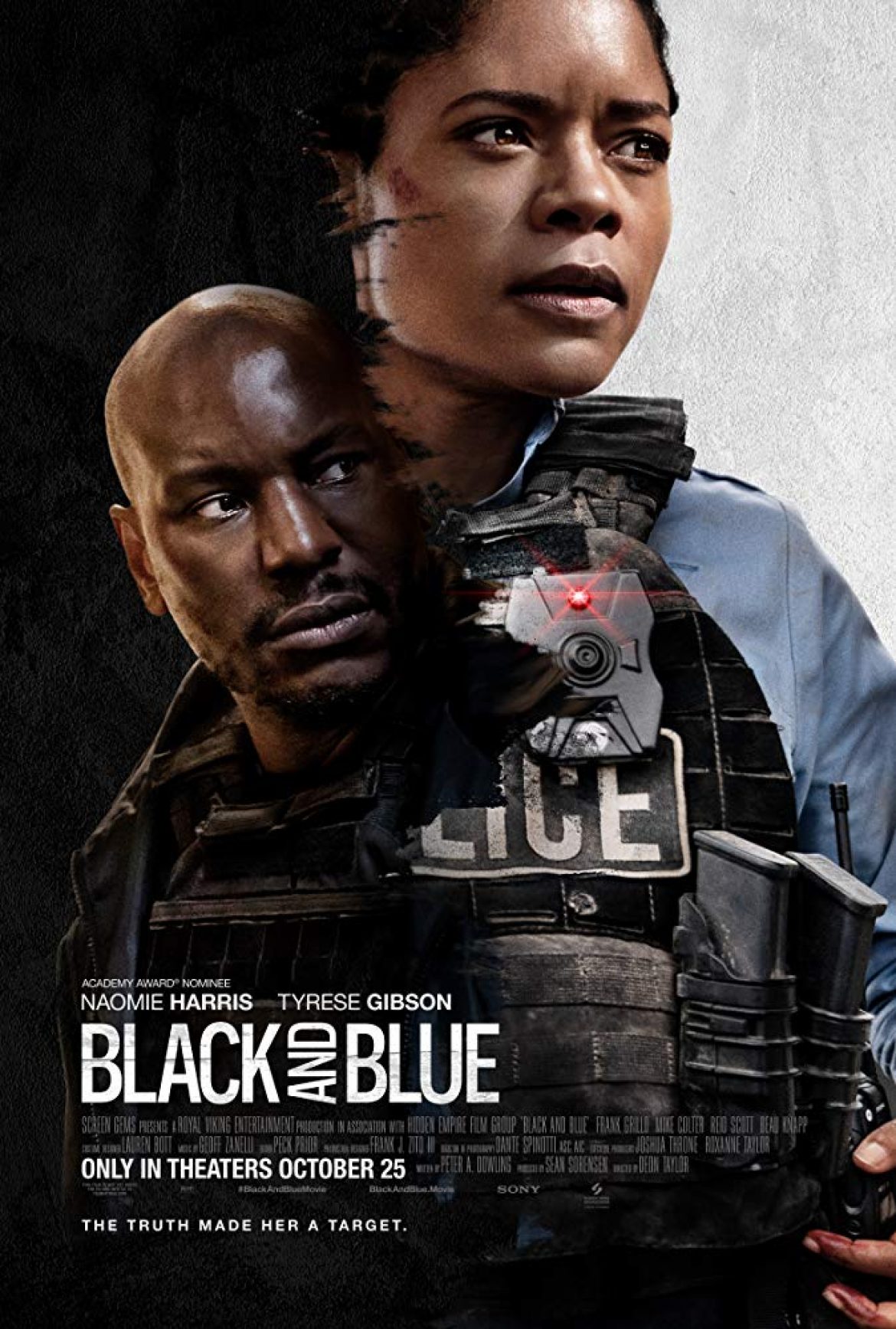 BLACK & BLUE – Once again Hollywoood churns out a film that shows bad cops doing bad things, while minorities, and blacks are mistreated and harassed for no reason. “BLACK & BLUE” – stars Naomie Harris & Tyreese Gibson, in this film that may raise some controversy. It is a predictable action drama, but the treatment to this film was fresh and raw.

Naomie Harris shows the strong and the vulnerable side of a cop who is stuck between a rock and a hard place. She says a murder done by an undercover Narc, and her body cam has the proof. She escapes, but only to realize her whole police fraternity are not there to support her proof and truth. she goes back to her neighborhood to seek help and protection from being framed and killed. The film does entertain, and that is a good thing. the film gets a 3 star recommendation. Courtesy Awesome TV & Being Filmy.