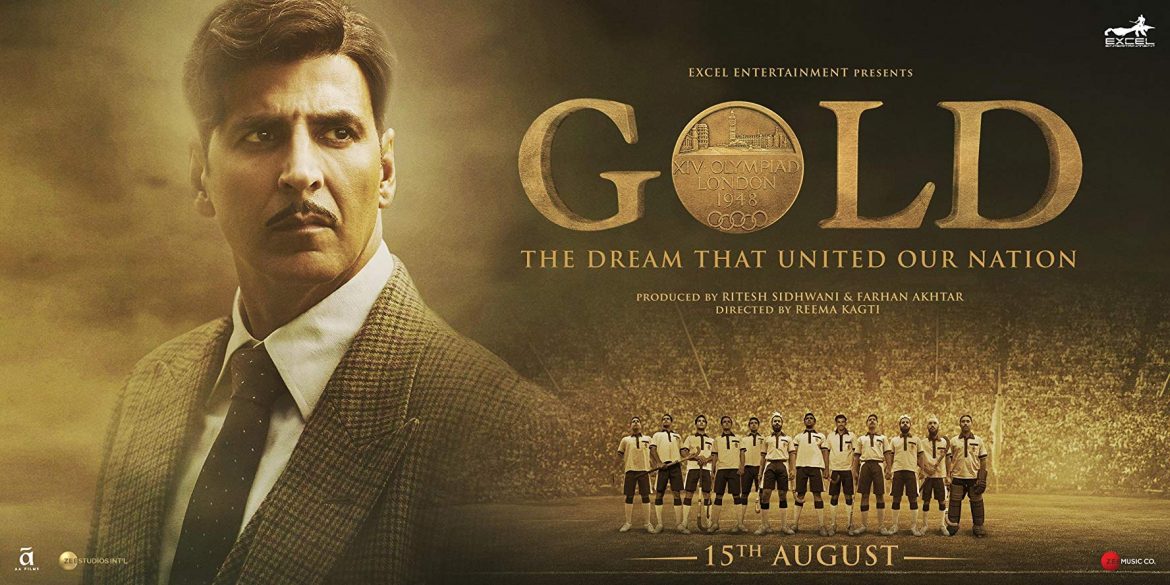 GOLD – Tapan Das maybe drunk,maybe a “Paagal Bangali” – “Lekin Sach Bolta Hai” – (But he speaks the truth) – That one day after India would get its Independence from the British, that as “Free India” – India would get their “GOLD”. And that dream became a reality in 1948, when India’s National Hockey Team got their “GOLD” in the Olympics which was held in England, after the partition between India and Pakistan.

Based on true story, Akshay Kumar plays one of the teams managers, and as a scout recruiter, who goes on a mission, to make this winning team happen. He has got the Bengali accent and mannerisms that prove his versatility once again with great perfection in this film.

Directed by Reema Kagti of “Talaash” fame. the film has that “Lagaan” & “Gadar” feel that is infused in uniting a Nation through a team to show that India can keep their heads up high and win after being under 200 years of enslavement under the British Rule. But getting there was an uphill battle, with differences and egos from the players on board.

The entire cast is brilliant. The setting and art direction is on par with Hollywood yet again this time. Mouni Roy as Akshay Kumar’s wife – “Mounobina” is cute and charming. Actually the whole cast compliments each other. The feel you get in this film, of just being together on one team, from wherever you come from. weather you are Hindu, Muslim, Sikh, or Christian is quite uplifting and emotional.

I would like to give a special mention to Nikita Dutta, to Amit Sadh, and to Sunny Kaushal who are still quite new to the industry, but they do stand out, Especially Sunny Kaushal as “Himmat Singh” will touch your heart with his natural performance.

This film will strike “GOLD” at the box-office. Trust me at the end you will all be standing and giving this film a standing ovation. The film gets a 4 star recommendation! – Enjoy!!  Courtesy Awesome TV & BEING FILMY.