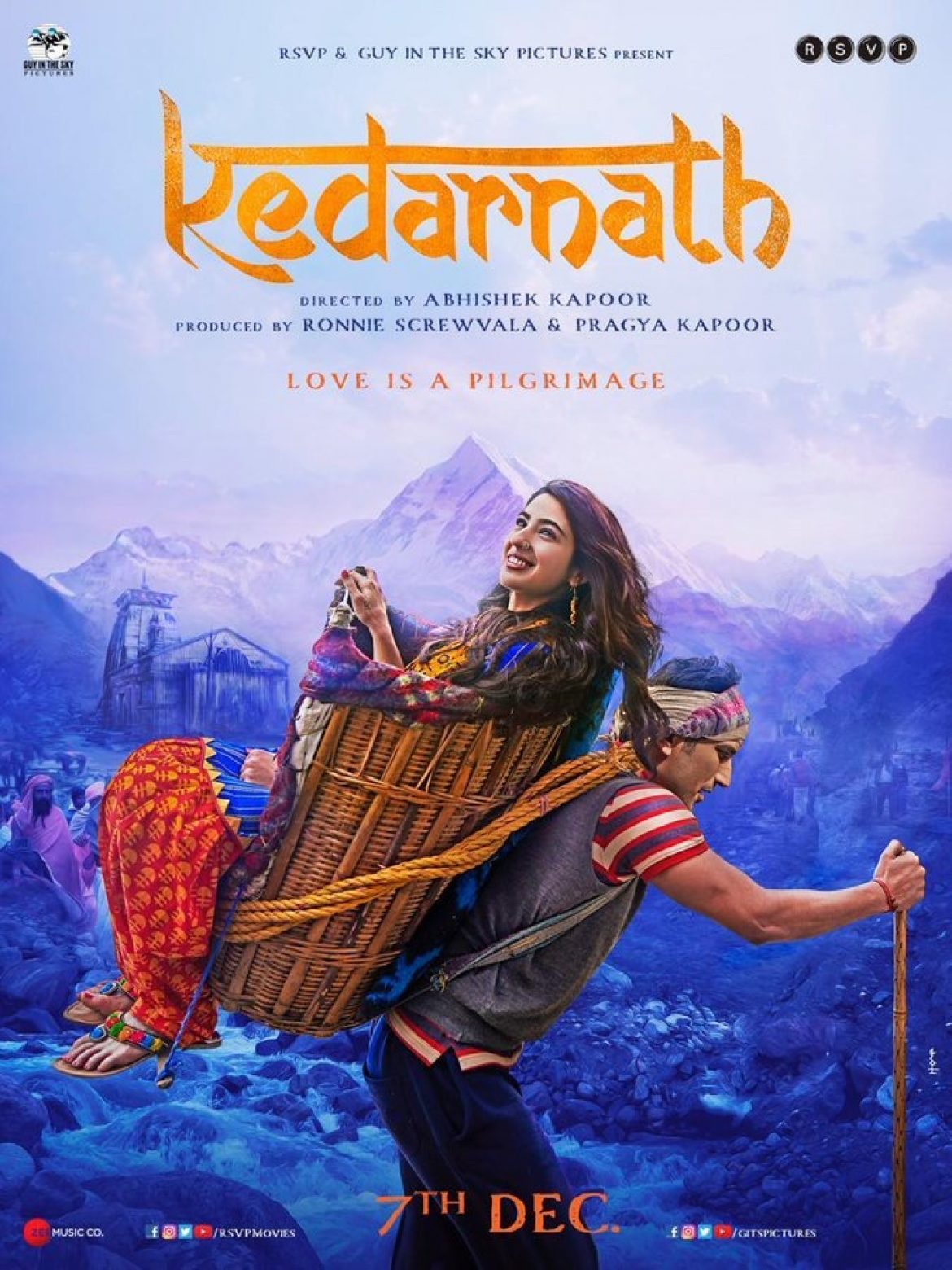 KEDARNATH – From Director Abishek Kapoor of “Rock On”, it looks like he prefers topics that are heavy, where relationships get torn apart, and heartbreak prevails. Set during the floods that devastated Utrakkand, Northern India in 2013 – “KEDARNATH” tells a fictional love story between a Hindu Priests daughter, played by Sara Ali Khan, and Muslim Porter boy, played by Sushant Singh Rajput, who takes many tourists on their pilgrimage to Lord Shiva’s place of worship at “KEDARNATH”. Their families oppose of this situation, which is so predictable and done so many times.

The film follows the same plot line of “Titanic”, but instead of an iceberg that hits a boat, it is a heavy rain storm that hits a small town up in the mountains that creates the destruction. This is the premise of this film, which mixes fact with fiction. The film is slow paced in the first half, and I felt the film tries to be realistic yet it wants to entice you as commercial love story on epic proportions.

Sushant Singh Rajput puts an earnest and honest performance, but appears as if he trying to hard to do it. But wait… the climax of the floods is gripping to watch.

The other main factor is too see the debut performance of Saif Ali Khan & Amrita Singh’s daughter Sara Ali Khan. This Columbia University Grad..has spunk just like her mother. She indeed reminds you of a young Amrita Singh, with boldness and natural beauty, with firecracker acting. She has that chutzpah within her, and will be a big star sooner than you know it. The film gets a 2 and a half star recommendation. Courtesy Awesome TV & BEING FILMY.