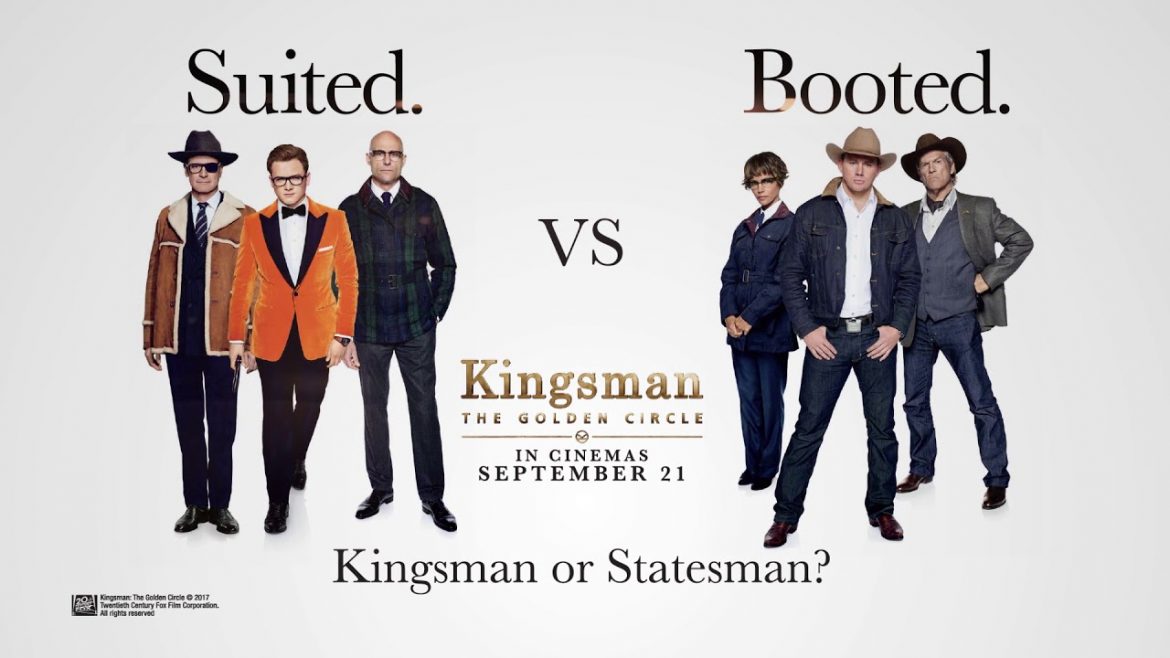 This time the franchise takes it up a notch by being more zany and over the top. Yes the action is wow, but this time more CGI effects are induced in this episode. The Kingsman – British Agency has been obliterated, and now they look for help with allies in the U.S. “The Statesman”, which is their American counterpart obliges to help in finding who has done this devastating act to them.

Ms. Poppy whose played by Julianne more is one psychotic yet calm chic that has a Billion dollar drug empire, yet lives in isolation in a 50’s style – in Cambodia. She wishes her products become legal.

The action is fun and great, but this time the plot is way far fetched and is over the top. I know that this is the concept of how this type of film gets developed, but I expected a bit more. “Kingsman Part 2” – gets a 2 star recommendation, even if Elton John is in it, and plays his piano. Courtesy Awesome TV & BEING FILMY.