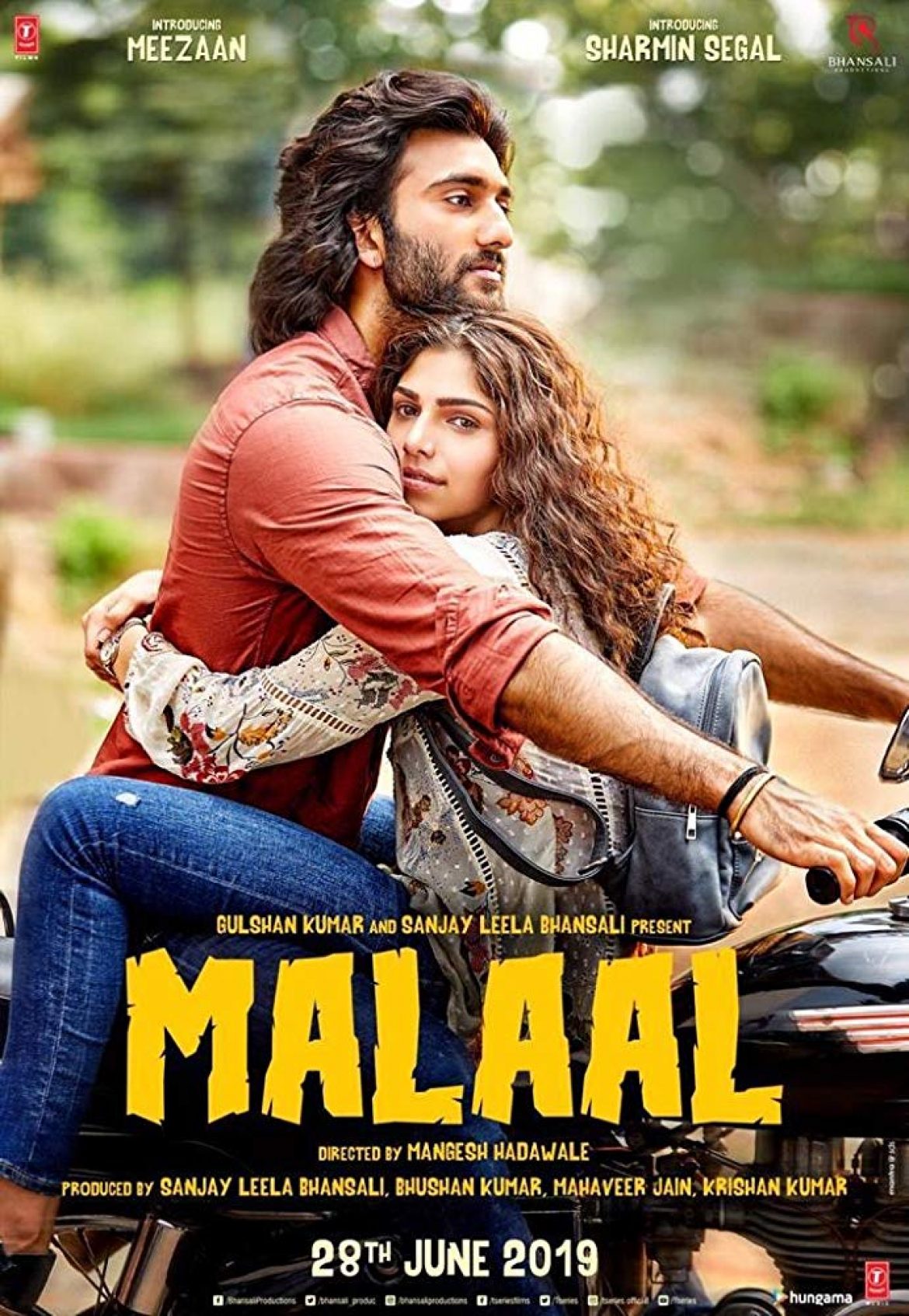 “MALAAL” – in Hindi means “Remorse”… Coming from Sanjay Leela Bhansali production house is a simple predictable, yet sweet love story, that reminds you for the 80’s type films like “Hero”, and “Ek Duje Ke Liye”.

The film introduces two new comers, and they are…Meezan Jaffery & Sharmin Segal. Set in 1998, the film has a Mumbai Chawl backdrop with a Marathi flavor. The film is about a rich girl that moves with her family to a low income neighborhood, when her parents have faced some setbacks. Over there, she encounters “Shiva, played by Javed Jaffery’s son, Meezan. He is a street smart thug, with “Tapori” Mumbai language under his belt.

The film shows opposites attract. She tries to tame him, and encourages him to get educated, and get a job, only then she may consider marriage and relationship with him. But when her heart, and mind clash, things do not go smoothly.

Despite similar concepts made before, I did feel that Meezan Jaffery has acting skills, and he will make it. He reminds you of a young Sanjay Dutt from the “Sadak” & “Khal-Nayak” days. As for Sharmin Segal, she is plain average, and looks too mature for the role, She comes off more like teacher-student relationship in her role. . The film has potential, but with an abrupt ending the film loses a star.

On the whole, “MALAAL” gets 3 stars. One special mention is to the last song composed by Bhansali himself, called “Ek Malaal” haunts you, and stays on in your mind, even after the film is over. Go take a look and Enjoy!! .Courtesy Awesome TV & BEING FILMY.