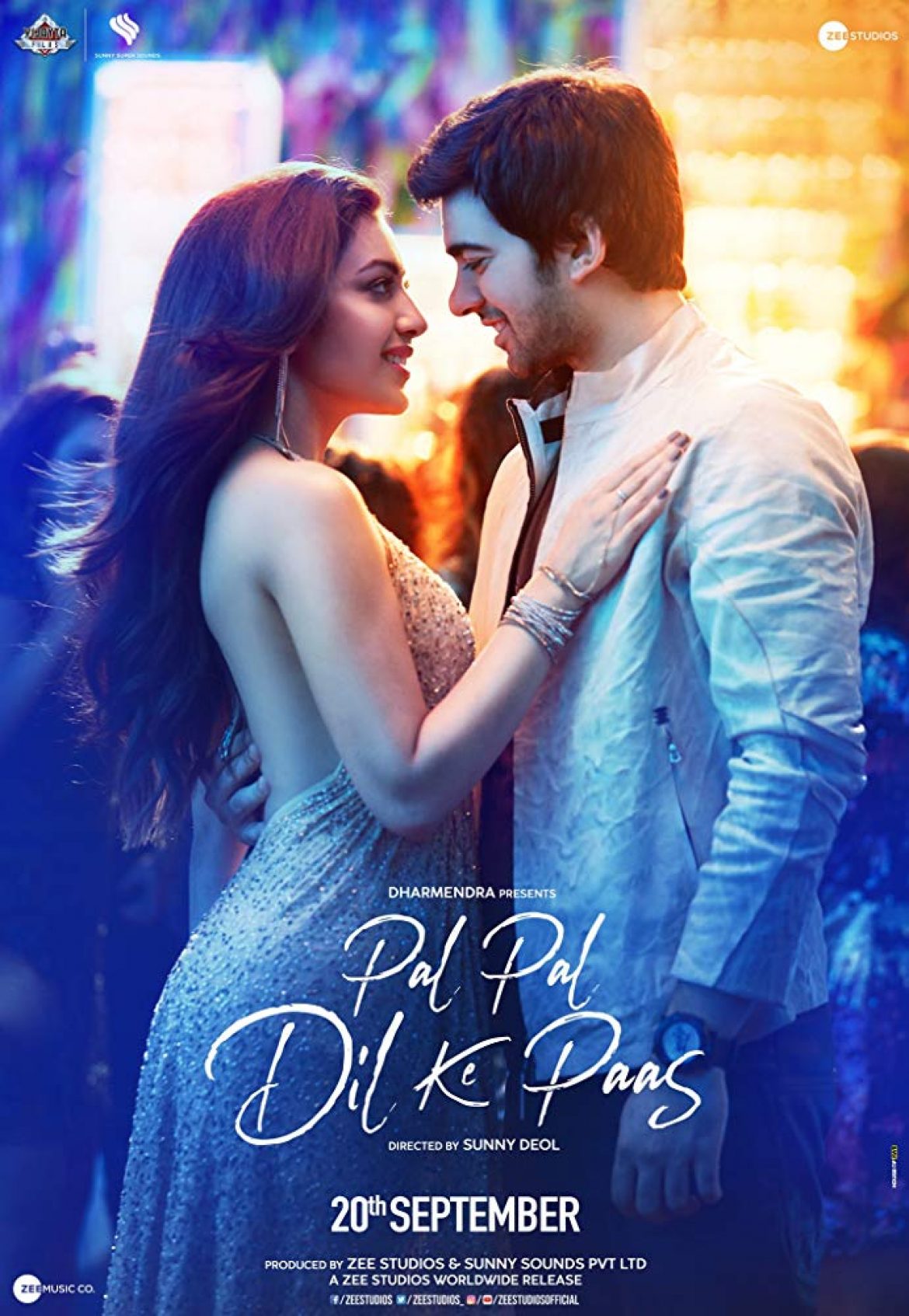 PAL PAL DIL KE PAAS – Dharmendra Presents, and Sunny Deol Directs his son Karan Singh Deol, along with the new girl in town – Sahher Bambba, in this new film called, “PAL PAL DIL KE PAAS”. The film is a simple story that is about young love, with a background story about a Trekker, who runs a mountain climbing camp up in Northern India. He is an orphan as well..The young lad is played by the shy and humble Karan Singh Deol.

The film tells a story of a girl who is a journalist that writes articles on tourism, played by Sahher Bambba. She wants to prove that this trekking facility is fake and overpriced for the regular consumer, but things change when she encounters him.

The visuals and breathtaking sequences in the first half are brillianatly crafted by Sunny Deol, but then the second half becomes the predictable love triangle, where the bad boyfriend takes revenge on his Ex, and it is up to the good guy trekker – (Karan Singh Deol) – that comes to be with his lady love and protect her from all the problems that she faces.

One only wishes the subject matter could have been stronger, but for the new blood in the Bollywood industry, these two deserve a look on the big screen. They deserve a pat on their back for performing on the big screen very naturally. And yes when this little cub roars, he is just like his father. The film gets 2 and a half stars recommendation. Courtesy Awesome TV & Being Filmy.