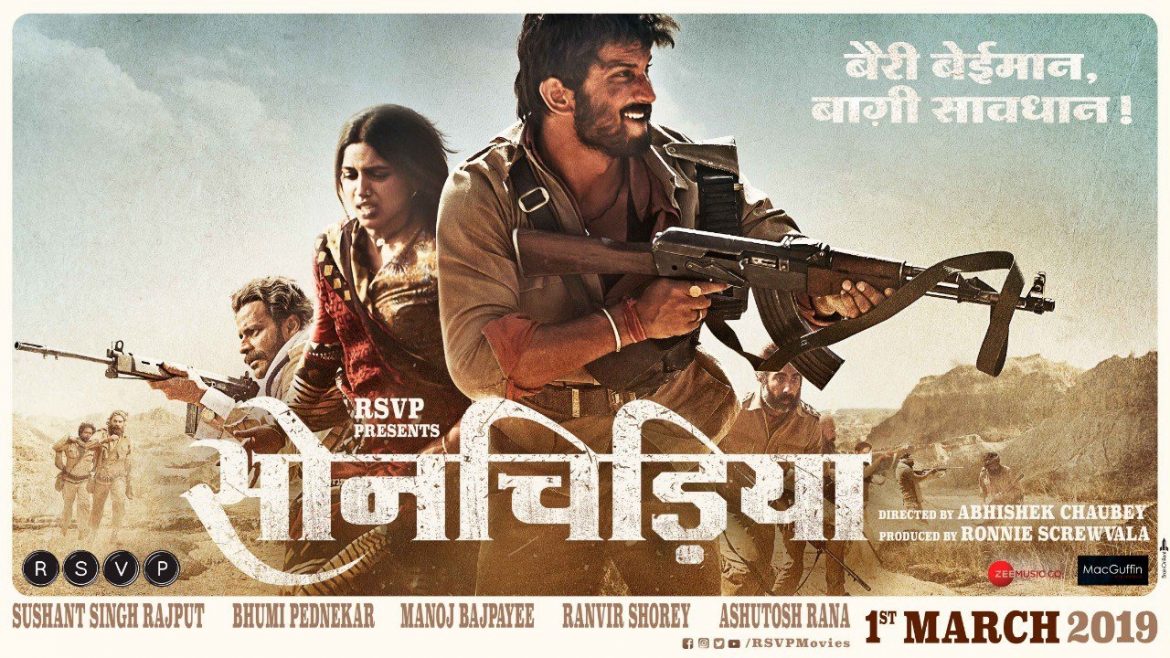 SONCHIRIYA – Someone’s debt should not be your debt…if so then throw it away…Also an eye for an eye makes the whole world blind. These are the loose metaphors that you get a gist of, as an audience, when you see a film like “SONCHIRIYA”. The film tells a tale of a group of Dacoits – led by Maan Singh, played by Manoj Bajpayee, who embark on stealing a loot of gold at a wedding in a rural village, in North India.

Set in 1975 during the India’s Emergency period in the mountains of Chambal, Director – Abhishek Chaubey of “Ishqiya” fame shows how a band of lawless thugs loose their commander against the police, and how trust becomes an issue among the group. The film is intense and caters to a niche audience. The film does not cater to mass audience, but the characters portrayed do get to you, and get under your skin.

From Manoj Bajpayee in a cameo, Ranvir Shorey, Bhumi Pednekar, and Asuhtosh Rana as the arrogant cop play their parts effectively. But it is Sushant Singh Rajput, whose soul searching, and savior like role that is above the rest. This rugged look, and being a part of the story, makes him suit these kind of roles with perfection. I personally did not care of his past performances, but this character suits him.

The film does try revisit the Phoolan Devi story as well, but it is not a “Bandit Queen”, and that is where the film falls a few notches. Overall the film is a one time watch for its rustic appeal, and it gets a 2 and a half stars. Courtesy Awesome TV & BEING FILMY.