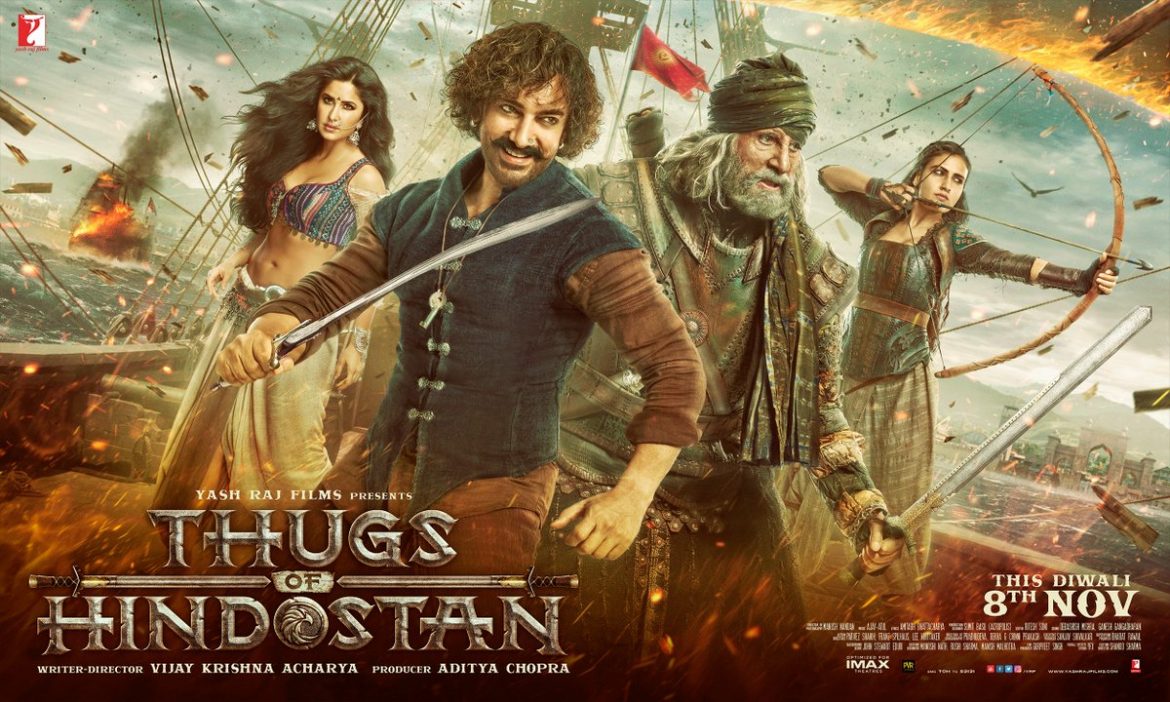 THUGS OF HINDOSTAN – Titanic sunk into the Atlantic, and lives were lost in 1912. Now in 2018 with “THUGS OF HINDOSTAN, it looks like the audience will sink by watching this debacle of film from Director Vijay Krishna Acharya of “Dhoom 3” fame.

It feels like “Pirates Of The Caribbean” meets Manoj Kumar’s – “Kranti”, but on the second thought not really. Amir Khan plays this character called “Firangi Malla” – (A Sailor) – like Jack Sparrow – Johnny Depp from the “Pirates Of The Caribbean” – series, but stylized to fit the Indian flavor. He may adapted the role, but it is a real bore of a film to sit through 2 hrs and 45 minutes. Set in 1795, with East India Company taking over Hindustan inch by inch, makes this swashbuckling story appear predictable, over the top with a lot of hamming from most of the characters, and as a result very tedious to watch.

Such great talent from Amitabh Bachchan & Aamir Khan has been wasted. Back to the film…only 2 British officers control a city with their forces…Really?? As for Fatima Sheikh, she is weak, and as for Katrina Kaif, as a courtesan like dancer is very pretty, but that is about it. Her “Suraaiya Jaan” song is not at all catchy, but she puts her life into it. She is there for 3 to 4 scenes and is wasted.

The only highlight of the film, is the opening scene with Ronit Roy as the Maharajah getting murdered by the British, and loosing his family, until Amitabh as “Khudabasksh” comes to the rescue his daughter from the carnage and escapes. for that only the film gets 1 star recommendation.For a “Diwali” release – Aamir Khan has given us a turkey instead. Watch at your own risk!! Courtesy Awesome TV & BEING FILMY.