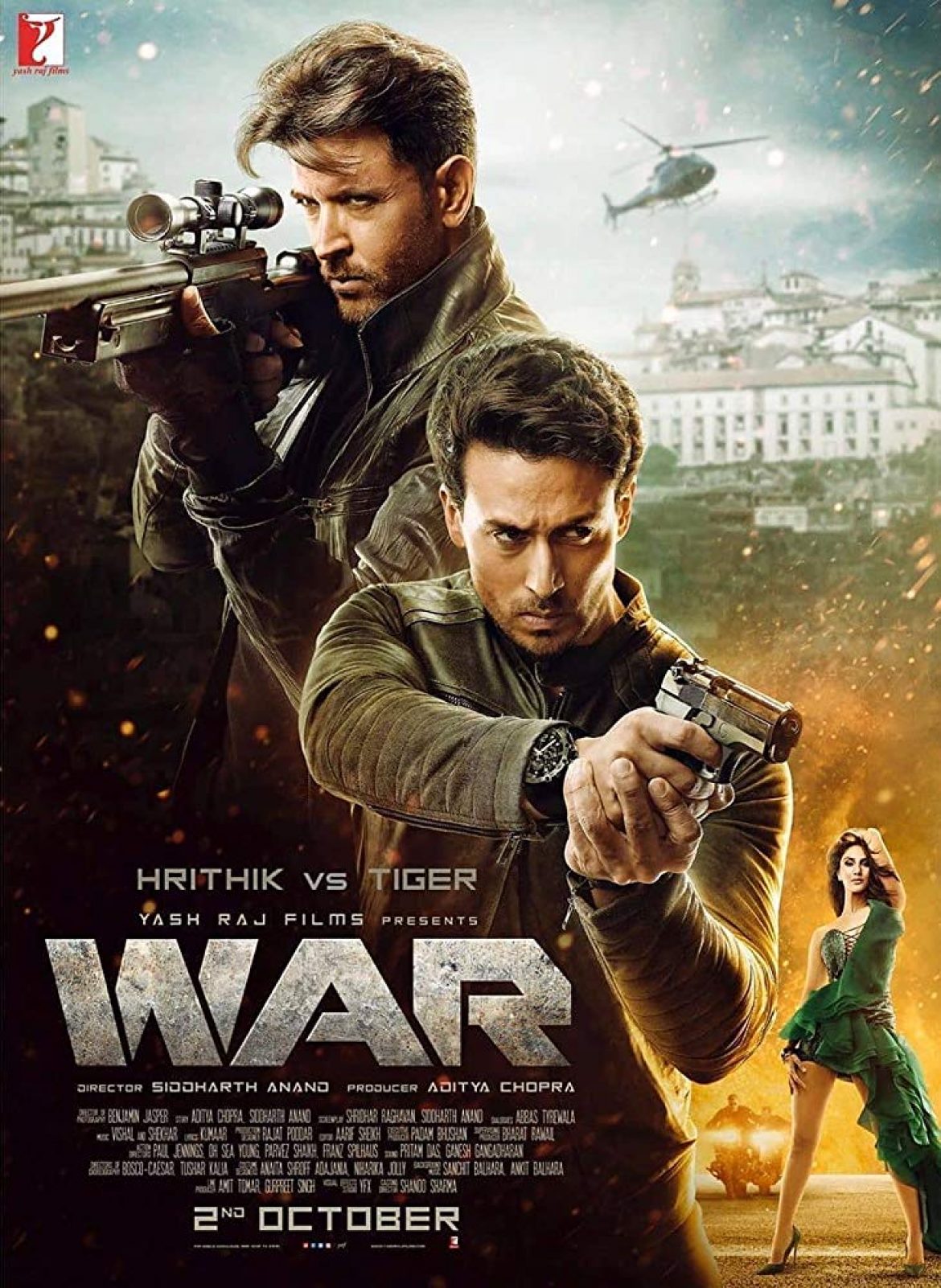 WAR – Whiz Kid Director, Siddarth Anand comes out with a new slick style Action film called “WAR”, which stars Hritik Roshan, Tiger Shroff, Vaani Kapoor, & Ashutosh Rana. And Boy does it deliver. Yes it is deeply influenced by many biggie Hollywood action classics, but with the Indian – “Qurbani” Masala thrown in, it makes “WAR” an instant classic to enjoy fully, and brings back the Multi-Starer testosterone driven films back after a long time, which our audiences have been missing it for a while now.

A simple plot of an agent that has gone rogue, with twists and turns makes for a fun time at the movies. Both Hritik Roshan and Tiger Shroff blend well together. Their fight scenes are well crafted and look real. At times they have hardly used any stunt doubles, so one has to salute the hard work that they have put into this film. As for Vani Kapoor, who has a cameo, and plays the love interest of Kabir, played by Hritik, is brief yet impactful.

The film’s violence is a bit too much at times, but it is also the part of the film that keeps you at the edge of your seat. Its a good adrenaline pumping film that gets a 3 and a half star recommendation. Enjoy!! Courtesy Awesome TV & Being Filmy.