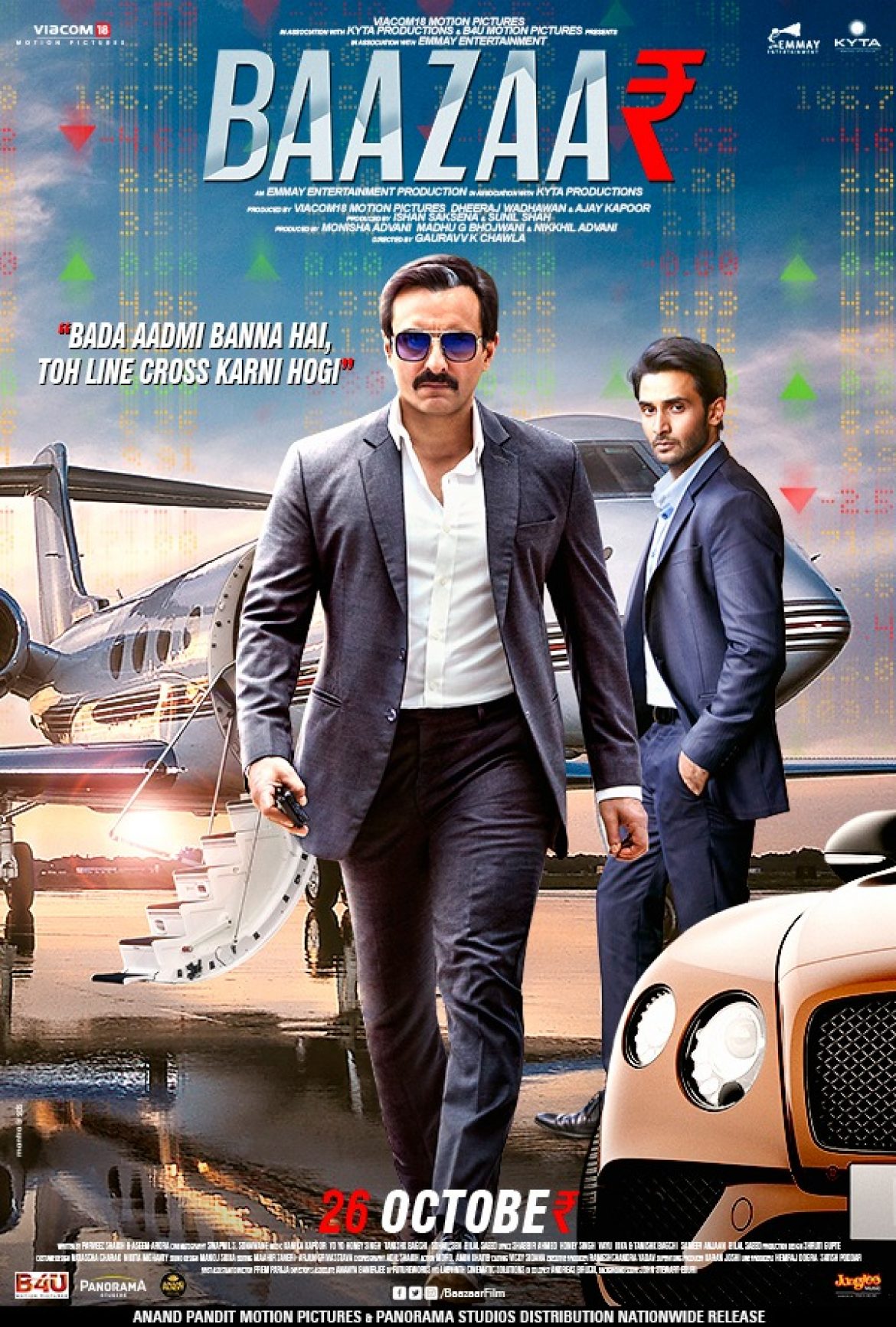 BAZAAR – Move over “TATA”, “Birla’s” & “Ambani’s”…it is time for “Shakun Khotari” to take over the stock market on Dalal Street in India. “BAZAAR” shows actor Saif Ali Khan as a ruthless Gujrati businessman, who does not like to loose any of his shares and investments. He does not want to be known as the man in the 100 meter race, or who comes in second in the Marathon. He is a self made man, a womanizer and an opportunist.

The film has been inspired by Hollywood’s – “Wall Street”, and “The Wolf On Wall Street”, but of course the film has been adapted to suit the Bollywood viewers with some gloss and music by “Yo-Yo Honey SIngh”. The film is good but lacks the punch towards the end. The whole theme of insider trading, manipulations, dumping stocks, undercutting, two timing, political corruption, and two timing relationships between loved ones and colleagues are there to see.

I just felt the film could have been more tighter, and more edgier. The late Vinod Mehra’s son, Rohan Mehra, with not much fanfare makes his first debut with this film, does show the confidence and command on his performance, as the small town boy that comes to Mumbai to make it big. He is good but has the potential to play good solid character roles in the future. He may not be a hero, but he has the potential to be diverse.

As for Chitraganda Singh, she looked beautiful in the film, and is just limited to that. Actress, Radhika Apte adds the twist element to the film as the stock trader. As for Saif Ali Khan, the role suits him perfectly. The suave manner, and intelligence,with a mean streak needs to be seen and enjoyed. Director Gaurav Chawla’s – “BAZAAR” – gets a 3 star recommendation. Courtesy Awesome TV & BEING FILMY.