BLINDED BY THE LIGHT – Movie Review 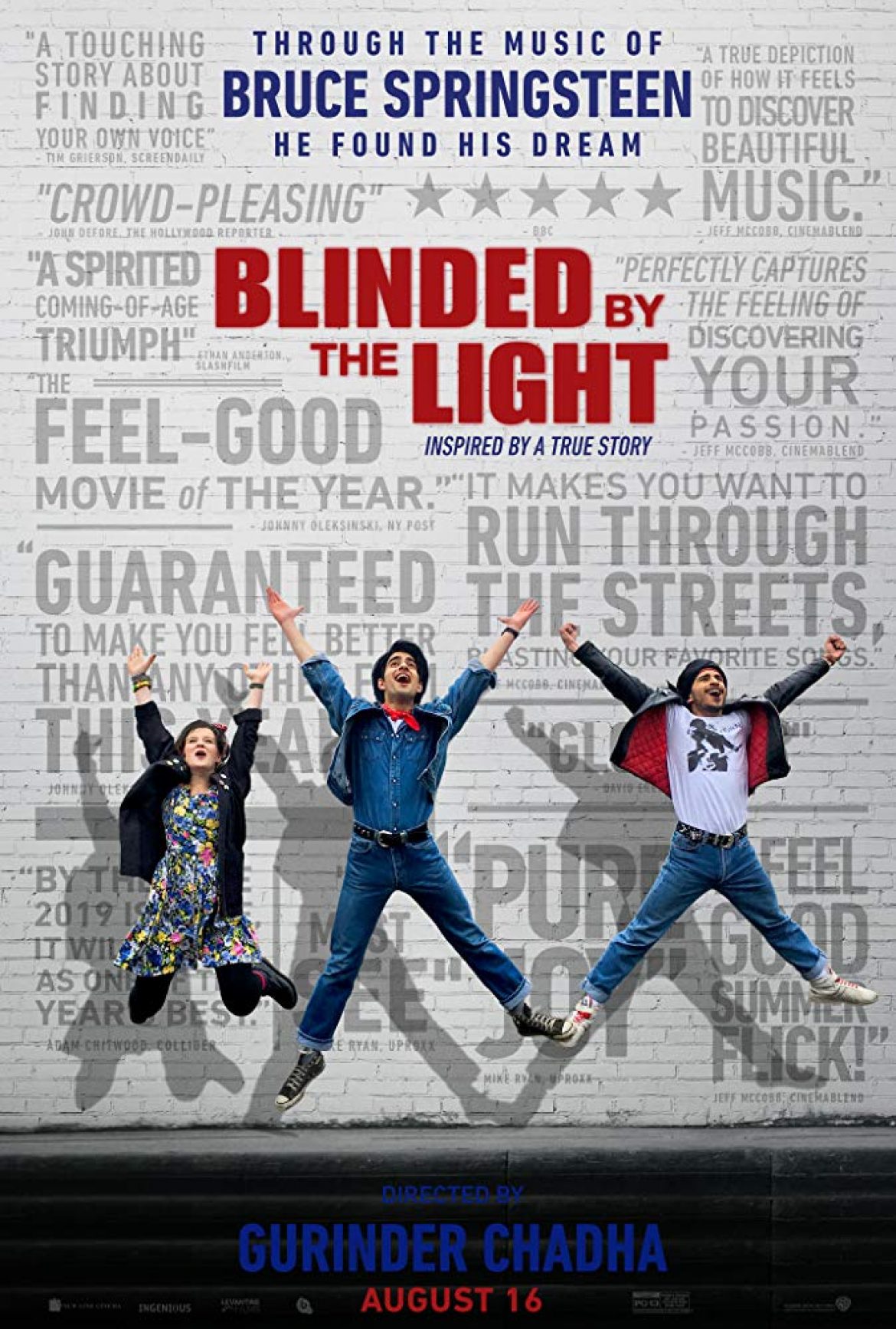 BLINDED BY THE LIGHT – I was indeed surprised and entertained with this film by Gurinder Chadha called, “BLINDED BY THE LIGHT”. After “Bend It Like Beckham”, this is her best work to date so far. She knows the Indian and Pakistani diaspora of the UK, like a textbook, with pages of events and situation, that any person from that origin, or an NRI can relate to within seconds.

Set in 1987, an adolescent teen named Javed Khan from Luton, primarily a blue collar town in England, where minority Pakistani/Indian families were targeted by hate and prejudices views at that time. You could say parts of USA is going through that “White Supremacy” racist crap in our present times now as well. But the film is very innovative and sweet as well. The feel good film shows that a young boy played Viveik Kalra as “Javed”, wants to be a poet, a writer, who wants to fulfill his dreams. He is inspired by the songs and lyrics of Bruce Springsteen. The middles class struggles, the frustrations of life, the neighborhood in which he lives in, and the repression he faces at home with his family.

The music and the story intertwine so well, and pays homage to the “Boss” so beautifully. Its like Bruce Springsteen meets Bollywood. Director Gurinder Chadha, seems to be a true fan of Springsteen, and has made this film with great passion and love. You also get the feel on another side of England in the 80’s from an Indian-Pakistani perspective. The whole “Day Time Bhangra Club” parties that took place for youngsters was a trend in those days for that community.

As for Kulwinder Ghir, as the father shows warmth & emotions in his performance as the father who is strict and conservative with his family. But the main promising performance that is genuine with freshness and sincerity is by Viveik Kara. He has a lot of potential. Move over “Dev Patel”. The film in my book is Oscar worthy and gets a 4 star recommendation. Go see this feel good film and enjoy!!! Courtesy Awesome TV & BEING FILMY.