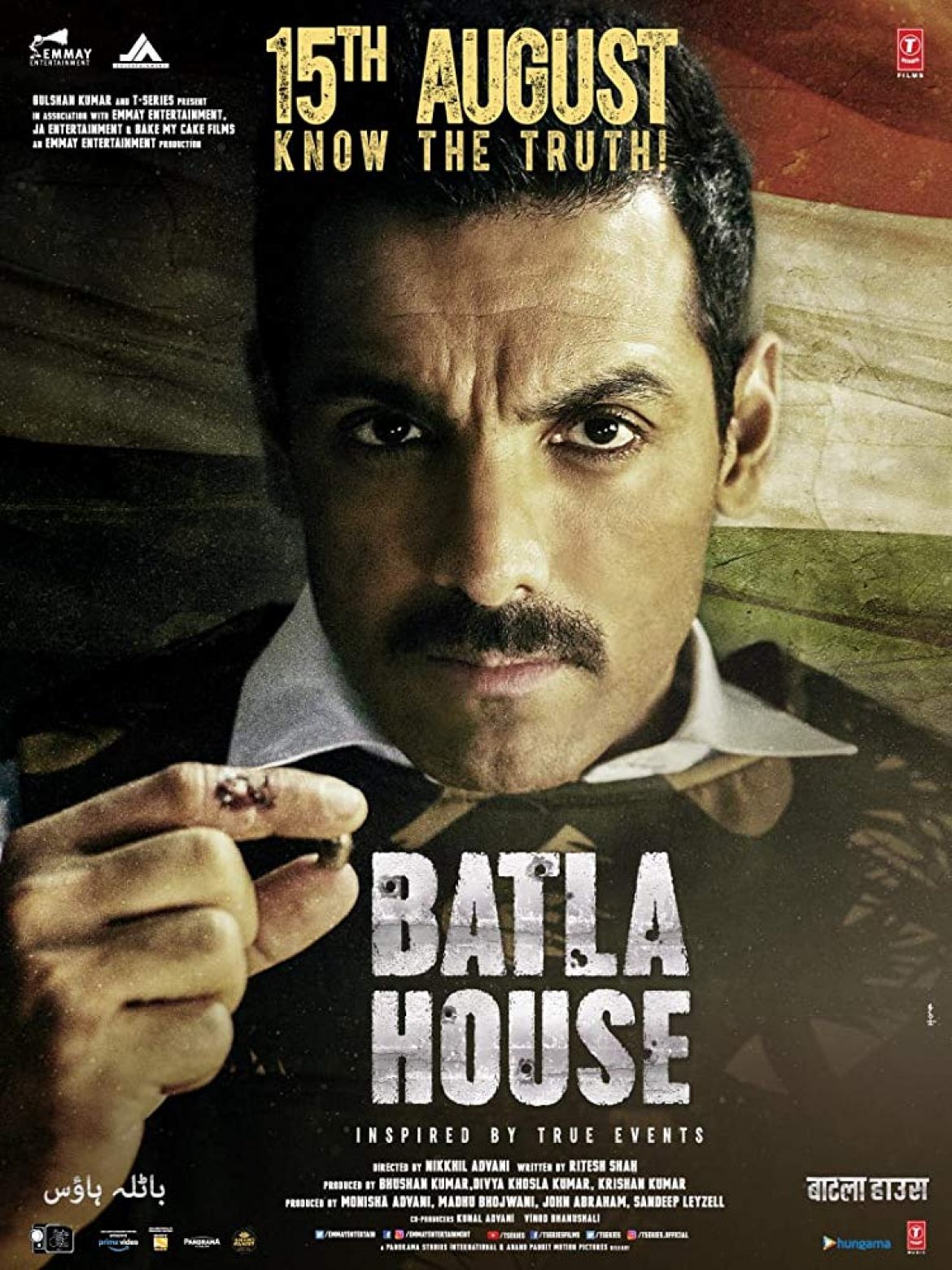 BATALA HOUSE – I had seen the film over the weekend, and I wanted give my honest opinion on the film called “BATLA HOUSE” – Directed by Nikhil Advani. Indeed from “Kal Ho Na Ho to “D-Day” to “Katti Batti”, his transition has become very realistic, Despite the last one which was not. Based on true events that took place in Delhi, India, at place called “Batla House”, the story deals with young Muslim students that were terrorists, and were living there, only to be later killed in a police encounter.

The whole subject deals with the sensitivity of that community, the Indian politics, and the protection, as well as the aggressiveness that was given by the Indian Police force during 2008. The film deals with the thin line that officers take, and may be considered corrupt or vigilante, even if they are doing the right thing, with proper orders by their peers. The media backlash does give a strain to these officers on the work front at times as well. The film has a great topic, but comes off very slow in the first half, and feels very documentary type.

John Abraham plays his role with great subtlety and maturity. The demons he is facing inside, and his frustrations towards the complexities of his job and marriage is well expressed.. however the estranged relationship between him and his wife played by Mrunal Thakkar, with coming and going, with no real clarity is taxing to its viewers.

The ending climax in the court is the saving grace of the film, where it does pick up, with a good moral message. Over all the film is an average affair, and it gets a 2 and a half star recommendation. Courtesy Awesome TV & BEING FILMY.