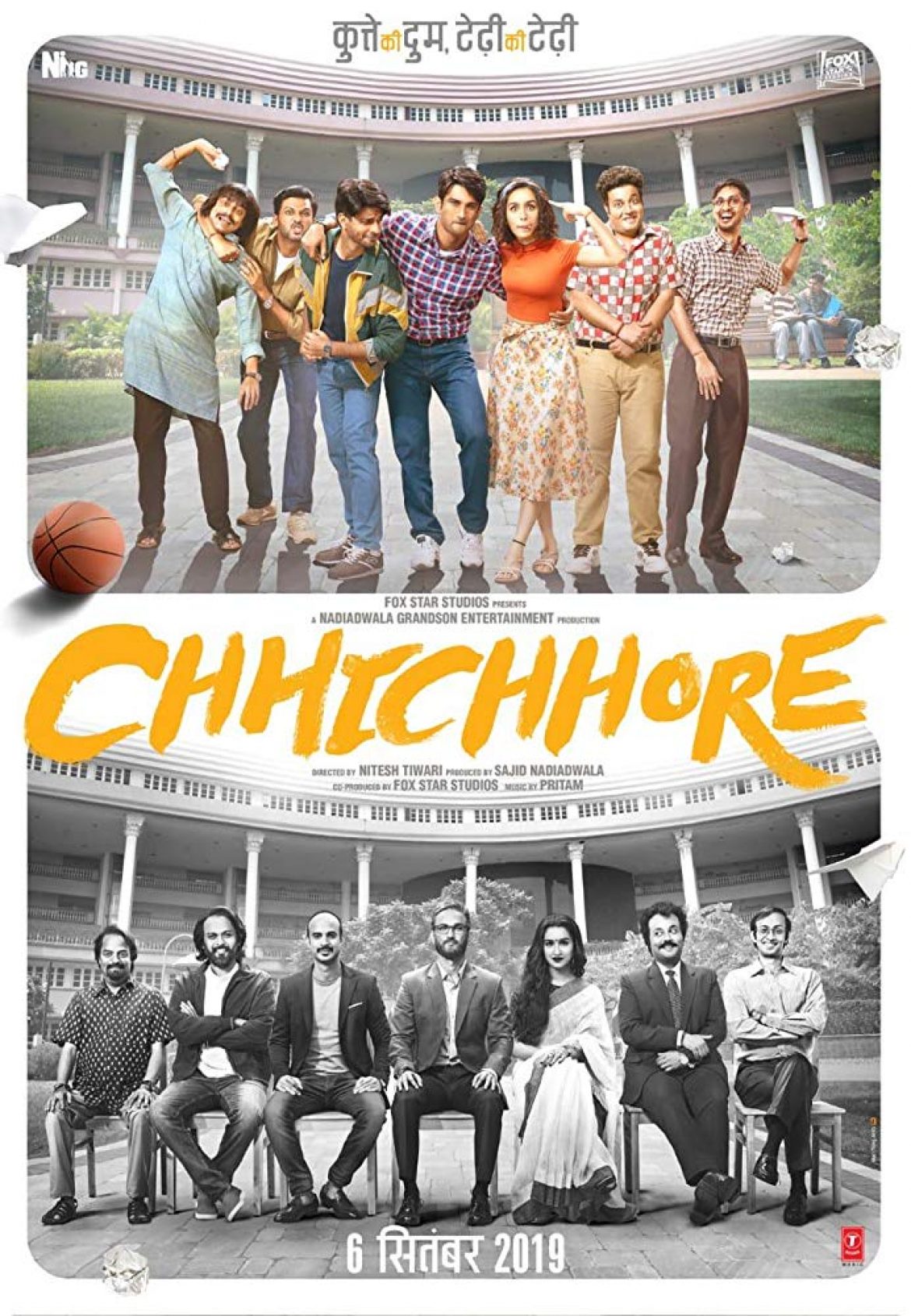 CHHICHHORE – I had seen this film called “CHHICHHORE”  this past weekend, which was directed by Nitesh Tiwari of “Dangal” fame. But I was at a crossroads on how I should give my opinion of this film, to you all.

It has similar elements from “3 Idiots” – (2009), but this time with light moments there is a serious message that is expressed to the audience, that we as a society should evaluate. Many parents pressure to have their child aspire to be the best, and to get into the best colleges in the world. That recognition is the pinnacle of success for them. But what if your child fails? Your child does not make it? The rejection leads to the child trying to commit suicide, or go into depression.

“CHHICHHORE” tells that story, and the story of two estranged parents who are separated, who are played by Sushant Singh Rajput & Shraddha Kapoor. When they find out that their son is in the hospital, they along with their old college friends come to unite and tell stories of their school life, with sportsmanship, team work, and that saying….”If you first do not succeed, than keep on trying…”

Sushant Singh delivers an earnest performance as a father on the latter part, but to me I felt it was a bit artificial and fake. Now do not ask me why. As for Shraddha Kapoor, she appears to young to play a mother of a senior high-school student. The sports scenes are many, which makes the film’s narrative drag a bit. Plus all the songs were not needed at all. Overall the film is an average affair, and gets a 2 and a half star recommendation. Courtesy Awesome TV & Being Filmy.