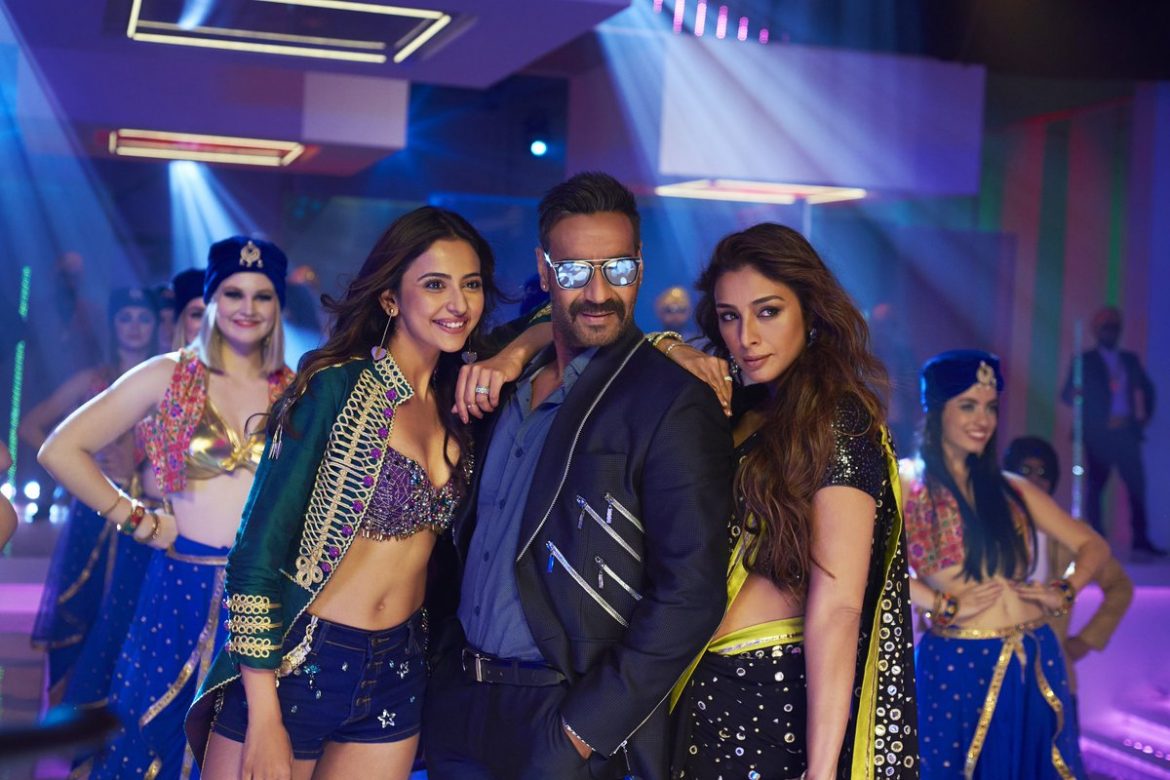 The film may remind you of “Cheeni Kum” and Hollywood’s – “It’s Complicated” in a slight way, but it has it own twists at the end, and holds its own ground for a cute comedy for the whole family to see. Yes it is time, and time again for the subjects that bend the envelope. The audience is mature, eager, and is willing to expect an unusual love comedy nowadays, but they are far and few.

Ajay Devgn plays a finance guy, whose has been separated from his wife for years, and lives in London. He is 50 plus, while his new hot girlfriend – Ayesha – played by Rakul Preet Singh, is 26, who is as old to be, just like his daughter. But heck,,,age is just but a number.

This comedy is entertaining, especially when he goes back to India to tell his family about his new relationship, only to find out that his daughter is getting a “Rishta” for her engagement. He is kept in the dark. Things get too close for comfort when he sees his ex-wife – Tabu after 15 years, who has raised his children. The film is fresh and its treatment is new for this comedy genre. The whole cast from, Ajay Devgn, Tabu, Rakul Preet Singh, Jaaved Jaafri, as the psychiatrist, and the cranky father played by Alok Nath are funny. and make this film a must watch. The film gets a 4 star recommendation. Go and see it!!! – Enjoy!!  Courtesy -Awesome TV & BEING FILMY