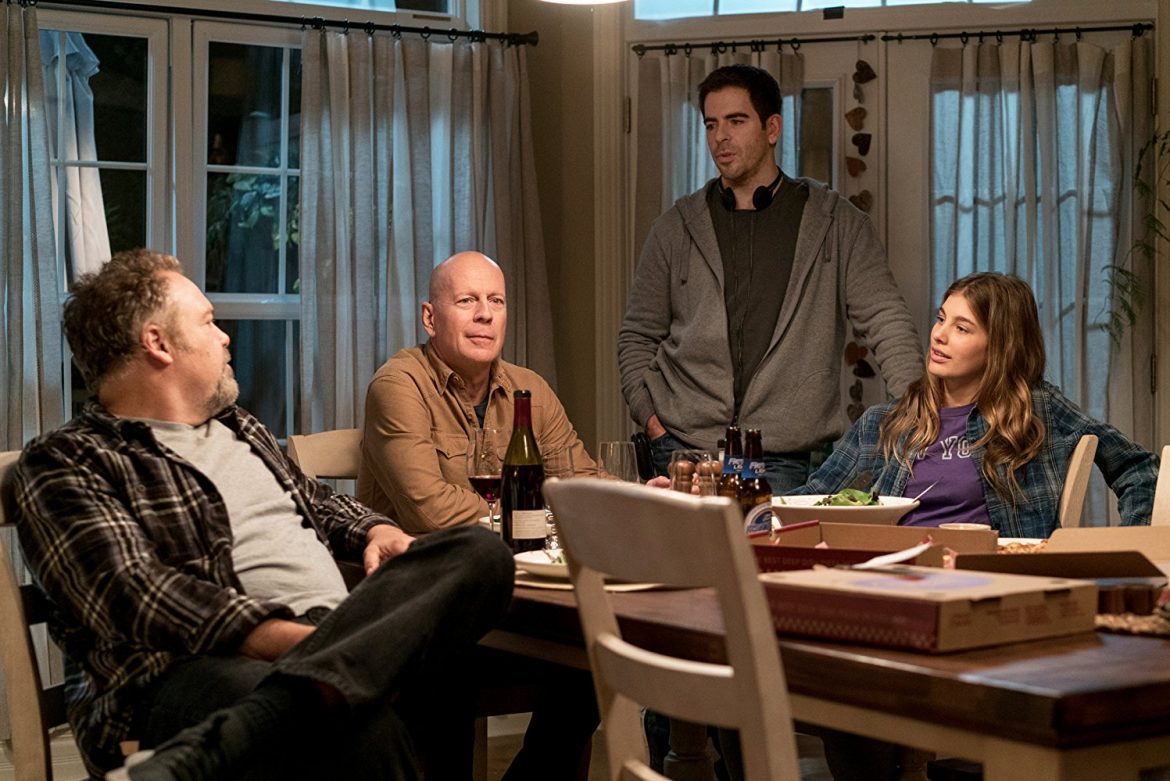 DEATH WISH – This week Bruce Willis takes on the iconic role of the Late Charles Bronson in the re-boot of the 1974 classic – “DEATH WISH”. For the new generation you may get a kick out this film, but I felt the concept of the vigilante that takes the law and guns in his own hands concept seems out dated in relation to the original plot.

The film tries to update the story by having Bruce Willis playing a doctor, who looses his wife, played by Elisabeth Shue, in a house robbery that goes bad, while his daughter goes into a coma.

But with advent of texts, and cell phones the film appears to be too obvious for getting the clues of the victims that are easily there for Willis to get, so that he can set out to do his revenge mission, The police detectives appear helpless in today’s day and age, which looks unbelievable.

The concept of that 70’s era in Chicago appears to be too jaded to be adapted for today’s viewers. Plus Bruce Willis is looking too haggard and lacks the the Bronson swagger that made “DEATH WISH” a classic vendetta film. The film gets only 1 and a half stars. Courtesy Awesome TV & BEING FILMY.