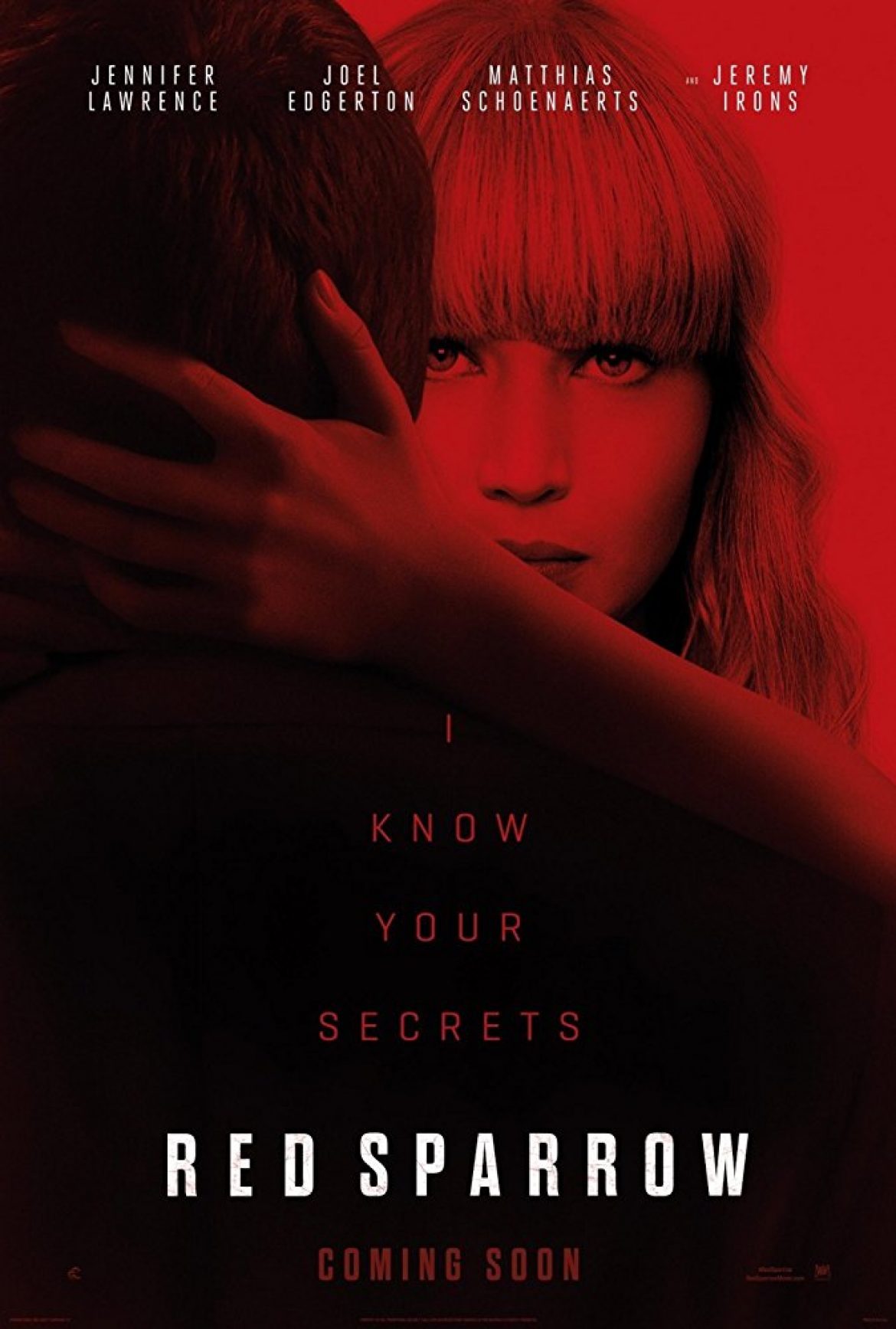 RED SPARROW- Based on the book by Jason Mathews -“RED SPARROW” – now comes to the silver screen.

Jennifer Lawrence is sexy and hot as the Russian ballerina who gets injured is is coerced by her uncle in the Russian intelligence to join and learn to be a spy for the government by using her sex as a tool to get answers from her enemies. The Spy vs Spy theme takes on many twists with her character, and the concept takes on new turns and revelations in this cat and mouse chase thriller.

The film also features Jeremy Irons and Joel Edgerton, who give their supporting performance in the film. But it is Jennifer Lawrence all the way. she does captivate you in every moment she is on screen. At the same time I do not want to be a stickler, but wish she could keep her Russian accent intact, but from time to time her American accent would pop out. Overall the film gets a 3 star recommendation for its unusual ending. Courtesy Awesome TV & BEING FILMY.