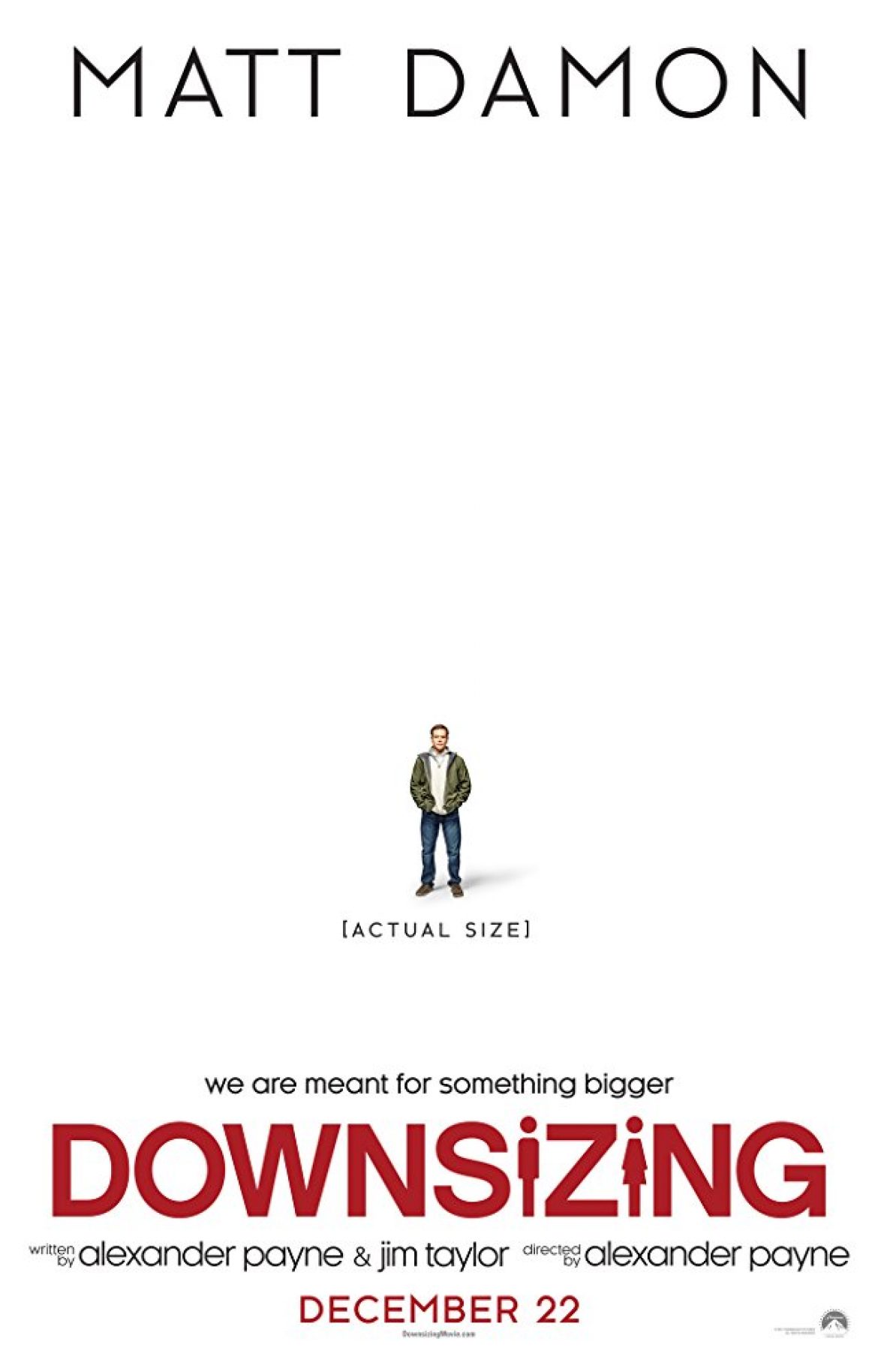 DOWNSIZING – Director Alexander Payne comes up with something very innovative and imaginative, with the concept of dealing with overpopulation of people in the world. If we can shrink to 5 inches and live freely and have money become more than what it is worth, than “DOWNSIZING” is the way to go.

The film stars Matt Damon, Kristen Wiig, Christopher Waltz, Jason Sudekis, and Hong Chau as the Vietnamese girl, which makes up the main cast of this film. Even thought Matt leads the case as the down trodden divorced guy named Pail Safronek, it is this actress Hong Chau as the Vietnamese girl with a wooden foot that is amazing. She is refreshing, and steals the thunder from everyone.

Even actor Christopher Waltz brings his side narrative to the film as the neighbor in this small colony, with great capitalist ideas and wild parties in his condo. But remember they are all 5 inches tall.

The film deals with social and environmental problems that one deals with it on a day to day basis.On a cerebral level it tries to tackle the concept of one ordinary man’s existence in this world. The answer is help one another, and help the needy, and love is more than beauty.

All these things are great for this film, but there is so much going on, that the films pacing runs long and at times a bit slow. The film gets a 2 and a half stars for a good attempt that could have been been better. Maybe it is time for some “Upsizing” instead. Courtesy Awesome TV & BEING FILMY.