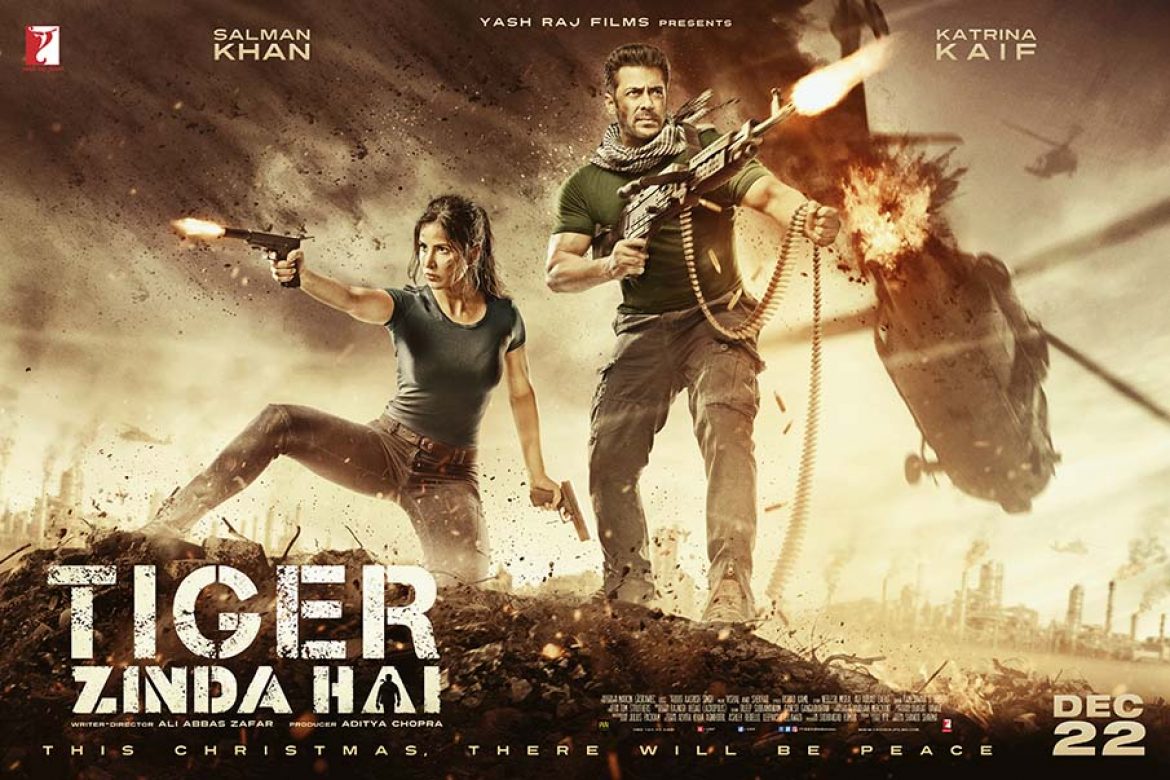 TIGER ZINDA HAI – This time it is in the hands of the “SULTAN” director to take over from where Kabir Khan had left off with “Ek Tha Tiger”. In the sequel – “TIGER ZINDA HAI”, once again unites Indian “RAW” and Pakistani “ISI” agents together, played by Salman Khan & Katrina Kaif to fight against terrorists in Syria and Iraq.

A few years have past and they are now married and have a son. 25 nurses in Ikrit, Iraq have been abducted by terrorists, and it is up to the Indian and Pakistani Governments to help find a way to set them free within seven days.

There is a good social message about the Middle East and Globally for humanity sake that all should unite to eradicate this evil form of terrorism. The action is first rate, and Salman brings out the “Rambo” image to full throttle. As for Katrina Kaif, her action is real, and amazing. She could be a top soldier in real life. They should make more action films for her now exclusively.

The visuals and the action are top notch. But on the flip side the film’s plot and content is very weak. I wish it could have had a much more storyline, or twists, and a bit shorter in its duration. However, overall the film gets a 3 star recommendation. Enjoy!!  Courtesy Awesome TV & BEING FILMY.