*EK VILLAIN RETURNS ACTRESS DISHA PATANI ADMITS SHE ‘HATES’ TO SEE HERSELF ON SCREEN*
*Disha Patani* is currently busy promoting her next film *Ek Villain Returns* and reveals that she doesn’t like seeing herself on screen at all.

During a recent interview, Disha was asked about how everyone thinks she is perfect. However, the actress replied that she just closes her eyes almost every time she watches herself on the screen. The reason behind this is because Disha doesn’t like anything about it. 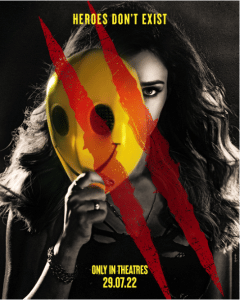