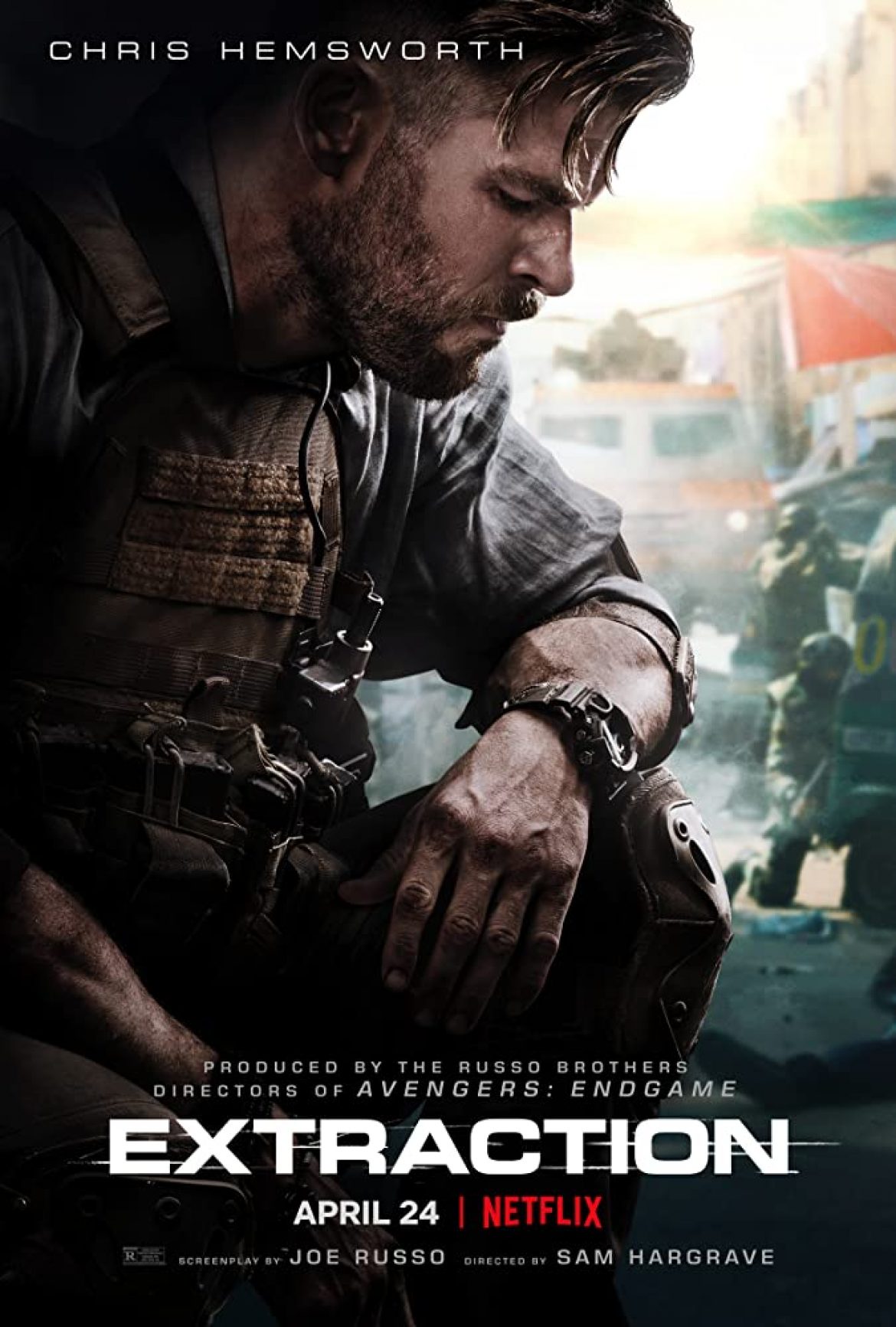 EXTRACTION – So what if the movie theaters are closed… You can definitely make it an action packed week with this month with this new edge of your seat thrill ride of a film on NETFLIX, called – “EXTRACTION”. Yes Hollywood and Bollywood unite as one with this film production. With the Russo brothers directing this flick after “The Avengers”. It stars Chris Hemsworth of “THOR” fame,, Randeep Hooda, and Pankaj Tripathi.

The plot is simple and common. Its about a Gangster’s son that has been kidnapped by his enemies in Dhaka. It is up to a bounty hunter from down under to save him and get this “Extraction” completed successfully. The film’s weak point is that the narrative lacks depth, and is jaded. It also lacks character development. But at the same time there is no time to get to know these characters, because the action takes over, and boy does it ever. The stunts, car chases and bomb explosions are jaw dropping. Overall the film gets a 3 star recommendation. Go check it out! Courtesy – Awesome TV & Being Filmy