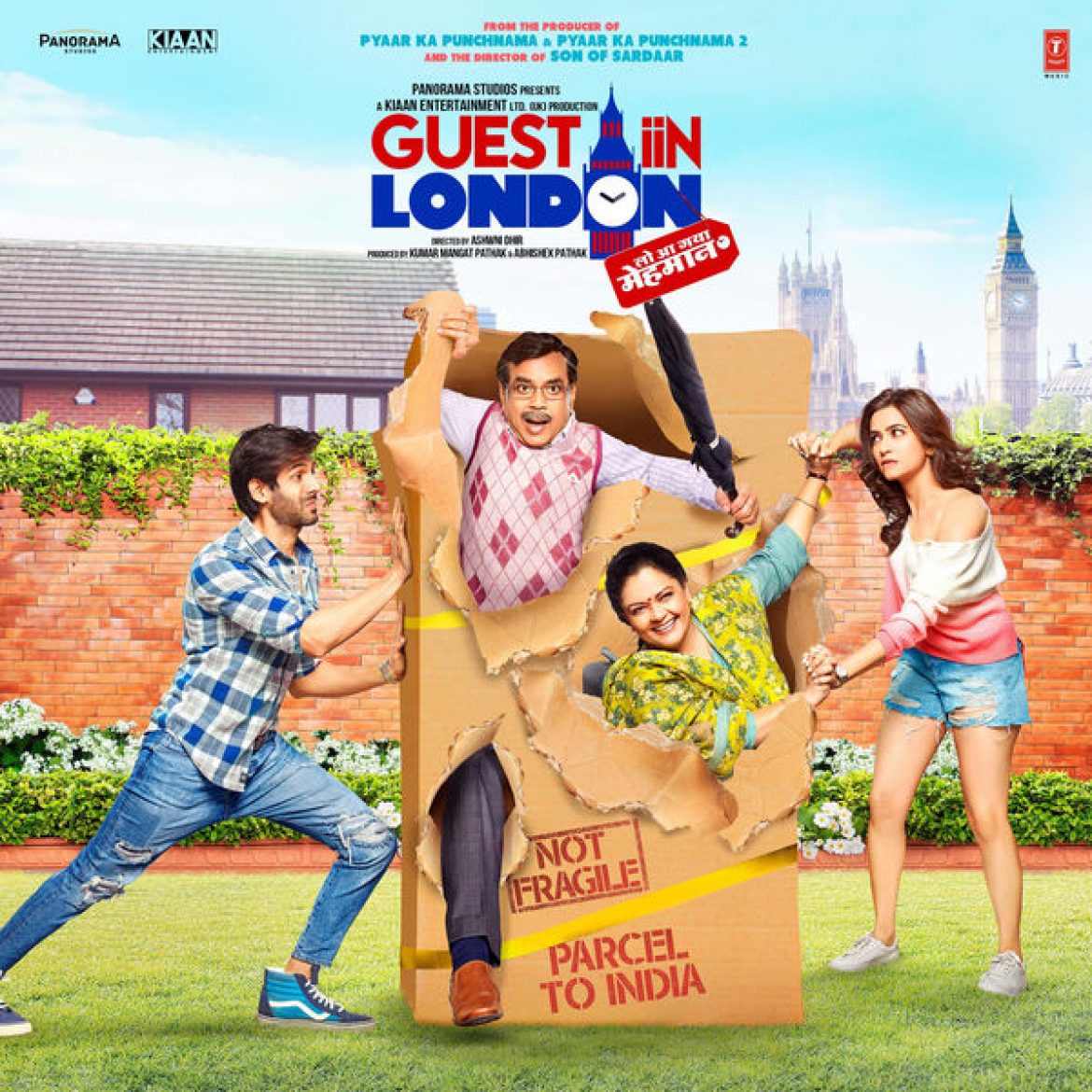 GUEST IN LONDON – From the makers of “Atithi Tum Kab Jaoge”, now after a few years try to bring that magic back with Paresh Rawal once again in the lead in another episode style with “GUEST IN LONDON”. This time the victims that accommodate him along with his wife played by Tanvi Azmi, is Kartik Aryan and Kriti Kharbanda.

This time the setting is in London, and this time Paresh Rawal character is from Bhatinda, and the film caters to a more Punjabi, North Indian flavor. There are some funny scenes, but unfortunately the film looses the grasp with the audience.

Due to the fact that the film takes the turn of becoming more emotional. The moral message about uninvited guests are like parents or like a Godsend for good wishes appears to preachy. Overall it is a time-pass affair, with noting a cameo by Ajay Devgn and a great “Guru ki Shabad” – song that is very touching at the end, which has been presented beautifully.

The film gets a 2 star recommendation. Courtesy Awesome TV & BEING FILMY.