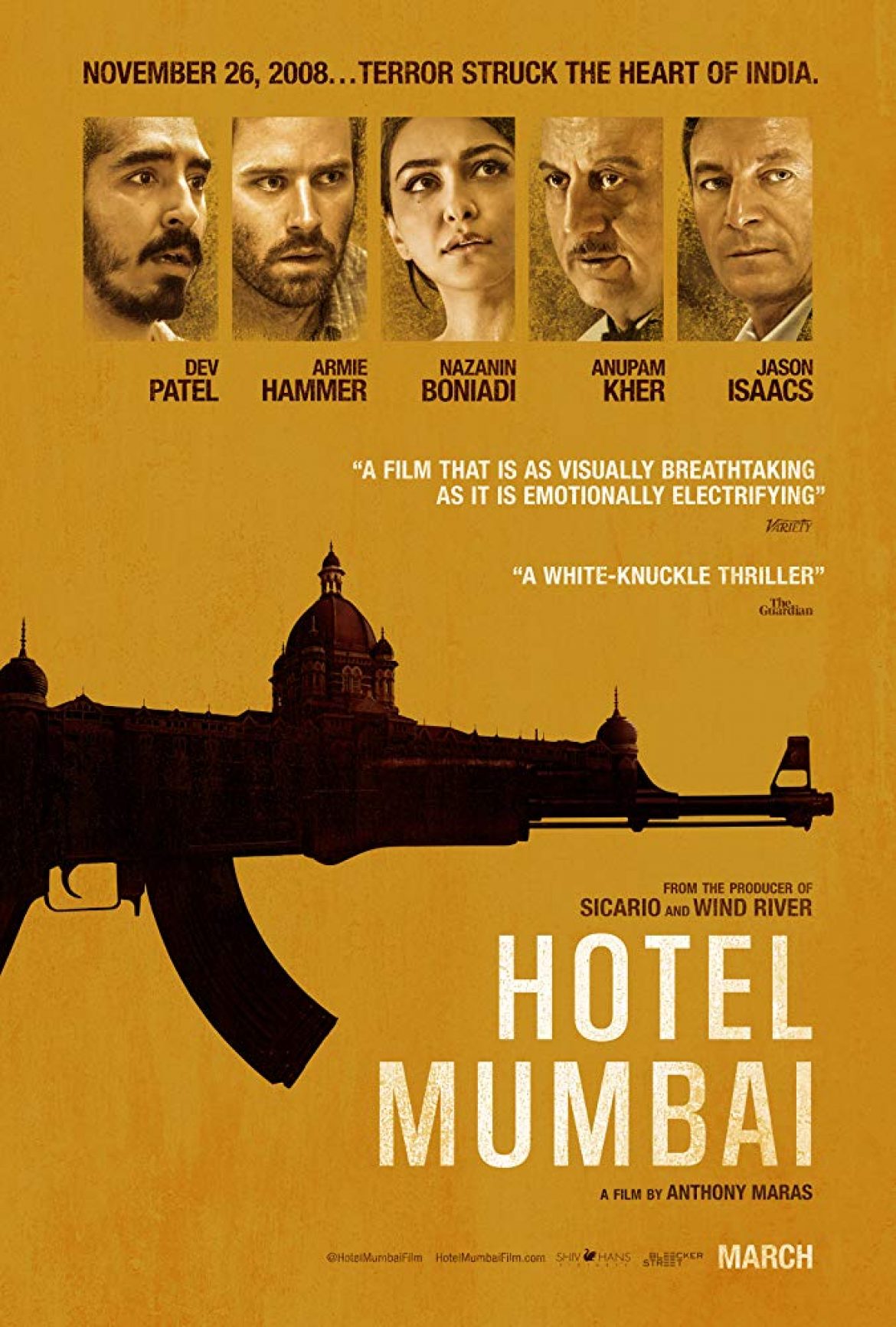 HOTEL MUMBAI – When I was a child, my mother would take us to visit Bombay, which is now called “Mumbai”, and I would visit her relatives and my aunts over there. They would takes us for a pleasant evening for coffee and desserts at “The Taj Hotel” in South Mumbai. It was a regal and high class British feel of an experience. You felt special when you entered that hotel. In 2008, Mumbai, India was under attack by young brainwashed Pakistani Terrorists that created horror to the many tourists and “Mumbaikers” that were spending the wonderful evening with their loved ones at “The Taj Hotel”. Close to hundred dying, and over 200 or so injured, the hotel was under siege, and under fire. “HOTEL MUMBAI” is a film that takes you there, and engulfs you with many intense, and edge of your seat scenes. The film does have some slight dark humor from the many various different characters, that breaks up the tense feeling that you see throughout the film. The film shows you from many victims perspective, of what they endured, and how some of them escaped this hellish nightmare that lasted for 3 days, until the Indian Commando Forces came to save the day. Based on true events, the film has been executed to above my expectations, and it grips your heart. All the cast, from Dev Patel, Anupam Kher, Jason Isaacs to Armie Hammer, have played their parts with sincerity. The film is a must watch, and gets a 4 Star recommendation!! Courtesy – Awesome TV & BEING FILMY.