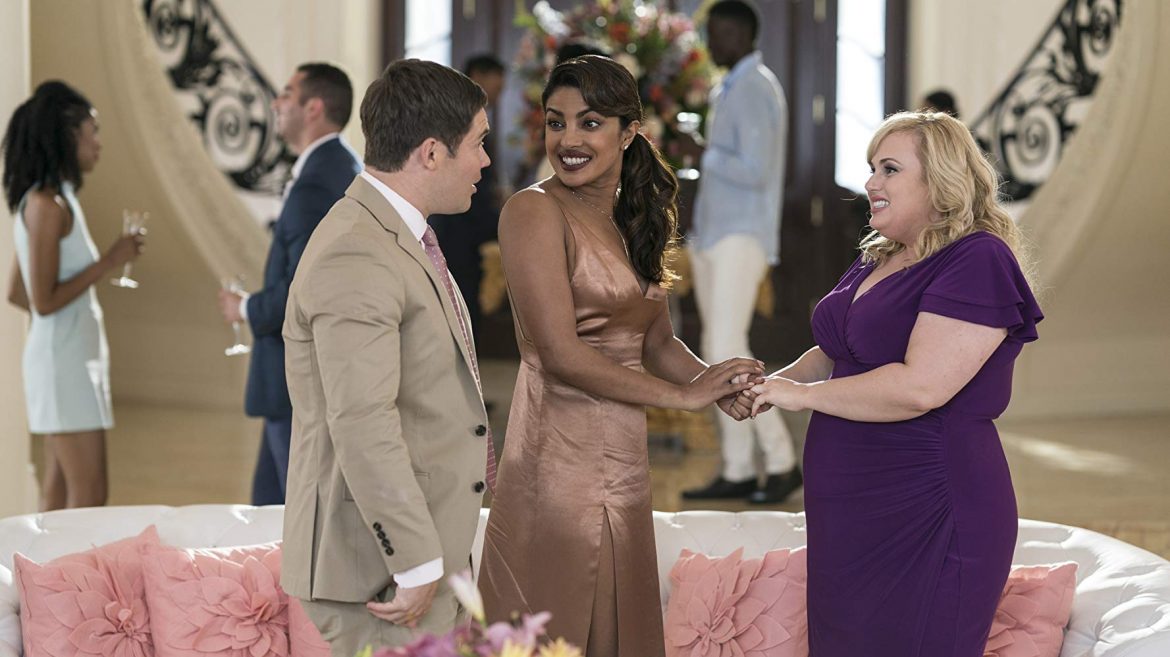 ISN’T IT ROMANTIC – Once again it feels like to me that Hollywood is now aping Bollywood with song and dance/lip-synching for the U.S. audience to be entertained by it. “Rebel Wilson leads the cast along with Liam Hemsworth, and Priyanka Chopra as the “Pantene” Model that shakes a leg and want to fall in love.

This Valentine’s at the theaters, it is time for the time and tested rom-com love story film that preaches, what one person’s worth is as a human being. It is that…”Love is in eye of the beholder…” – (Theme). But you have to have a head injury to believe that all is good, and that all which is is happening to you is great, in this film called – “ISN’T IT ROMANTIC”

The film is so 90’s and feels like this has been done before. The humor and the cuteness feels very dry throughout the film. I was disappointed. The film gets a 1 and a half star recommendation. Courtesy Awesome TV & BEING FILMY.