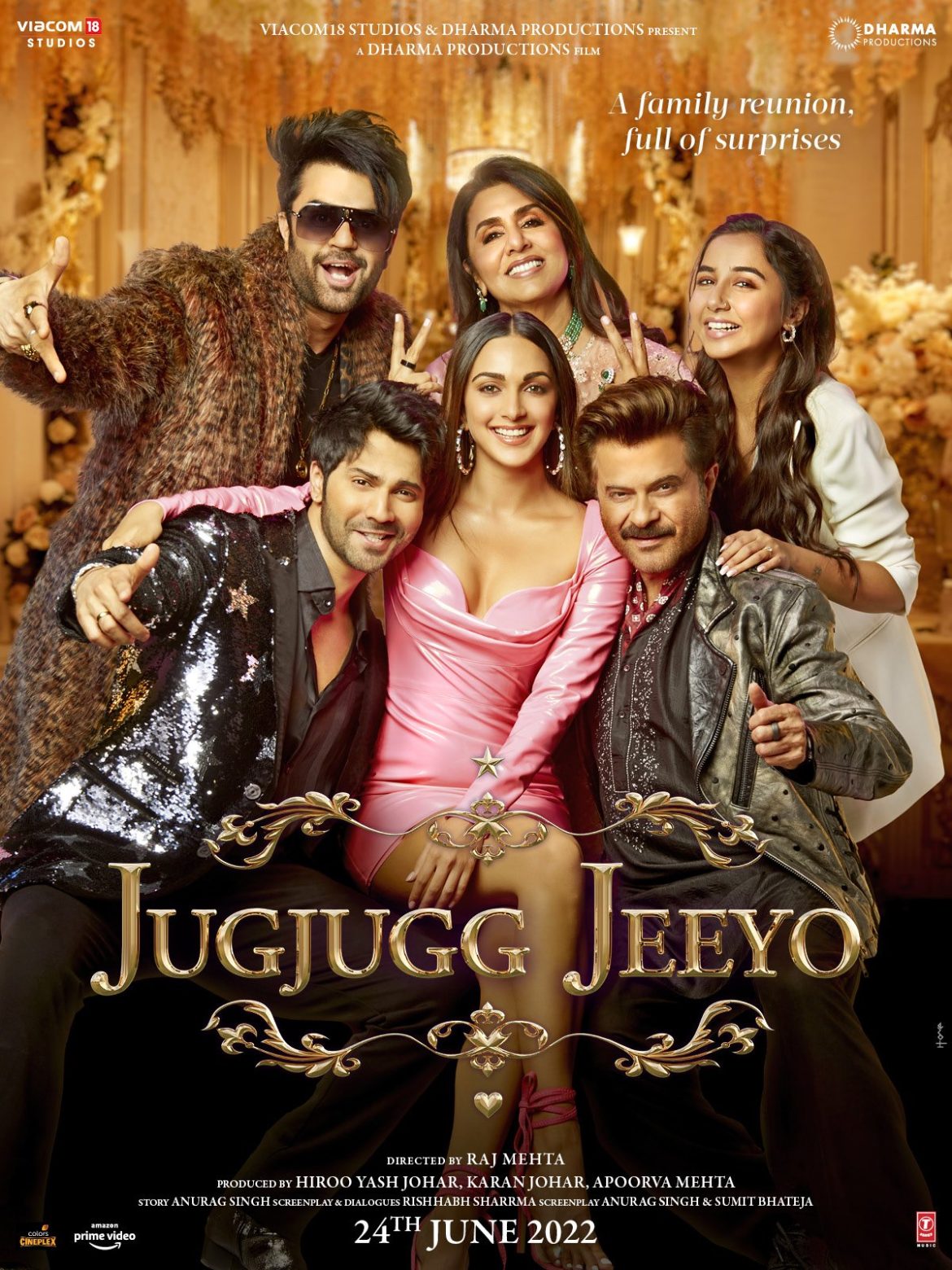 JUGJUGG JEEYO – Even here you can get “Sushi” with your Pudina Wala Chutney in Patiala…says Bheem, played by Anil Kapoor in Patiala, Punjab – to his son Kukoo, played by Varun Dhawan.

Yes things are different in India, but you can mix the west with east in food, but in relationships this might defer, when you are away from home for 5 years. and  you return back home  after marriage, to attend a family marriage. Things have changed and the young couple played by Varun Dhawan & Kiara Advani have decided to seek a divorce, while coming back to see their folks. But how to drop the bomb is the challenge, and taboo for their family.

“JUGJUGG JEEYO”, produced by Karan Johar, and directed by Raj Mehta, who made “Good Newws”, tackles on the topic of Divorce in Indian culture. But it is not all about the end of the road for the two, but how they can save their marriage by talking it out, and seeing what is around them. Little do they know that his father played by Anil Kapoor the patriarch, wants to divorce his wife after 35 years, and go for this high school teacher named Meera, played by Tisca Chopra.

The film takes on a humorous approach in looking at this subject, and entertains you fully. Neetu Singh Kapoor as Anil Kapoor’s wife is a classy and sophisticated with the right sentiments that she expresses to her family with heart and sensibility. Varun Dhawan and Kiara are very good, and Anil Kapoor plays the role of being a flawed person with the right comedy, and the right level of emotions for this film. Even Manish Paul as the brother-in-law, is funny, and has some good punch lines.

The film has a good subject, good screenplay, good music, that will once again bring the family audience back to the cinema halls this summer. Enjoy!!