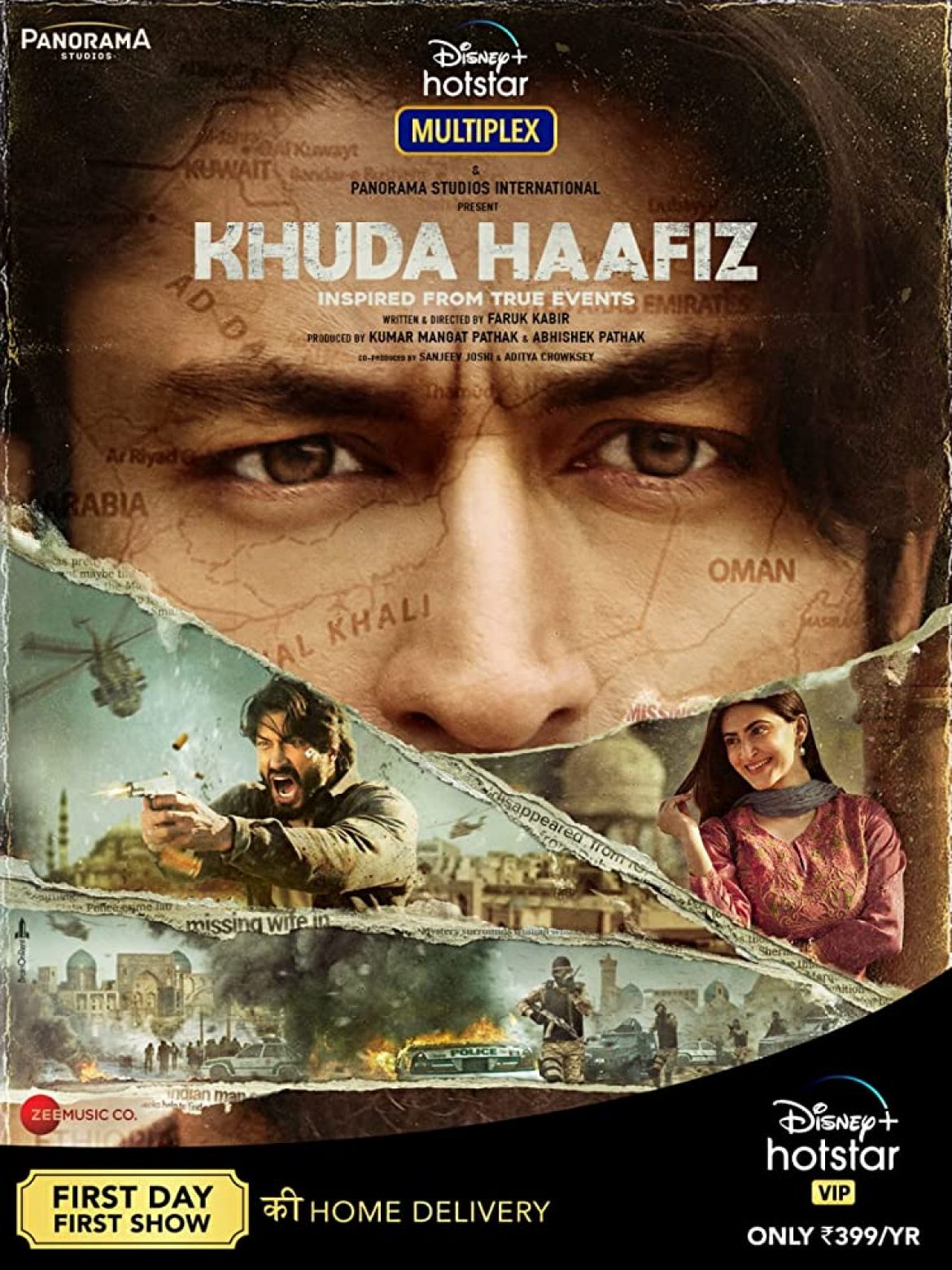 KHUDA HAAFIZ, which is inspired by true events, tells the story which is set in 2007-2008, during the recession period in India. Despite the economy, arranged marriages still take place.

Directed by Faruk Kabir, the film tells the story of Sameer, played by Vydut Jammwal who accepts and falls in love with the girl his parents have introduced to him. It is love at first sight when meeting his lady love Nargis, played by Shivaleeka Oberoi. When they face financial hardships right after their marriage, they decide to look for jobs in the Middle East.

The Sultanat of Nouman is hiring. Now wait a minute…Does this place exist in real life??. I believe it is not on any map. Is it suppose to be Oman perhaps? Actually the credits show that the film was shot in Tashkent & Uzbekistan. Anyways…Sameer’s wife gets the work visa first, while he has to wait 6 days more to be with her. A chain of events suddenly happens, and everything does downhill after that. Nargis gets abducted, and has been forced into sex trafficking in the Middle East. Now it is up to our Indian “Rambo” – Vydut Jammwal to the rescue, and to find what has really happened to his wife.. Now it is a predictable vendetta action film, but the action entertains, and having Annu Kapoor as the Pathan taxi driver lends its flavor to the masala film.

It is a time pass action film, but what is with the many graphic violent scenes – with clevers, forks and knives??. It was becoming amusingly too sick to watch. Now if you can handle it, then only watch it. The film gets a 2 and a half star recommendation. Now streaming on Disney-Hotstar. Courtesy Awesome TV & Being Filmy!