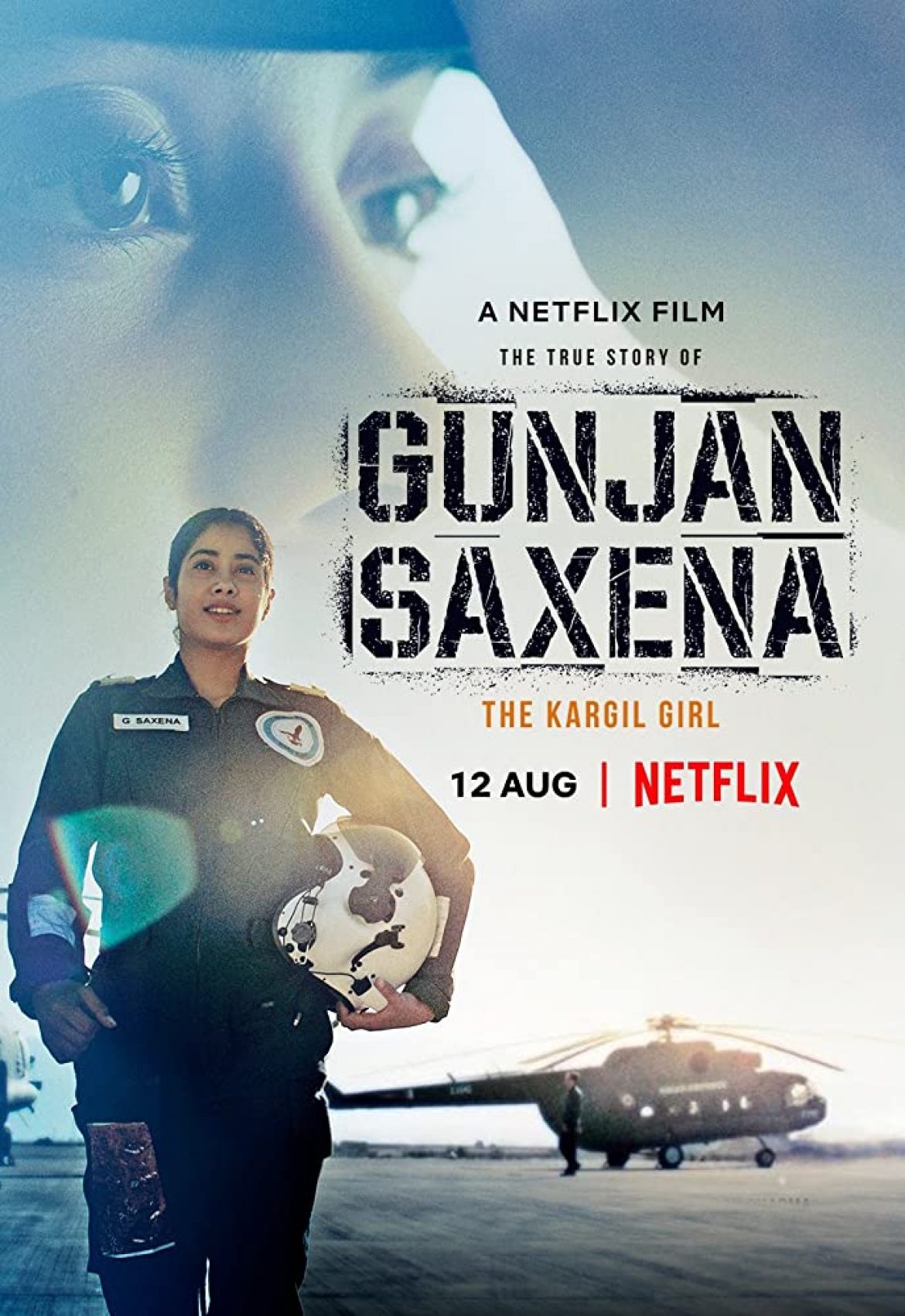 GUNJAN SAXENA – THE KARGIL GIRL– India has come a long away, for woman to hold positions that only men could apply to. Yet there are still many roads unchartered for our woman today, but that is now changing for the better. Now newly released on NETFLIX, is the film that stars Jhanvi Kapoor in and as “GUNJAN SAXENA-THE KARGIL GIRL”.

Based on a true story of Gunjan Saxena. The film tells the story of the first Indian Female Pilot Soldier that did 40 missions and saved many soldiers lives during the Indo/Pak – Kargil War. The film inspires and encourages woman to follow roads that have been less travelled. It is also a great Father and Daughter film that will touch your heart. Pankaj Tripathi, as the calm and sensitive father is perfect for the role, and brings freshness to role of the father that always believed in his childrens goals and desires of what they wanted to be.

Now this is Jhanvi Kapoor’s second film, and she is good. She has still more to learn. But what suits the role of her playing this pilot, is her approach of being raw and awkward, which makes her characterisation more real and believable.Where she excels is scenes, when she gets demoralized by her men counterparts during her training at the Army flying post. You feel compassion for her as an audience.

Director Sharan Sharma has done a great job at directing, and it is fast paced, with great visuals. Its a perfect feel good film for India’s Independence weekend. The film gets a 3 and a half star recommendation. Go see it!! Courtesy Awesome TV & Being Filmy!