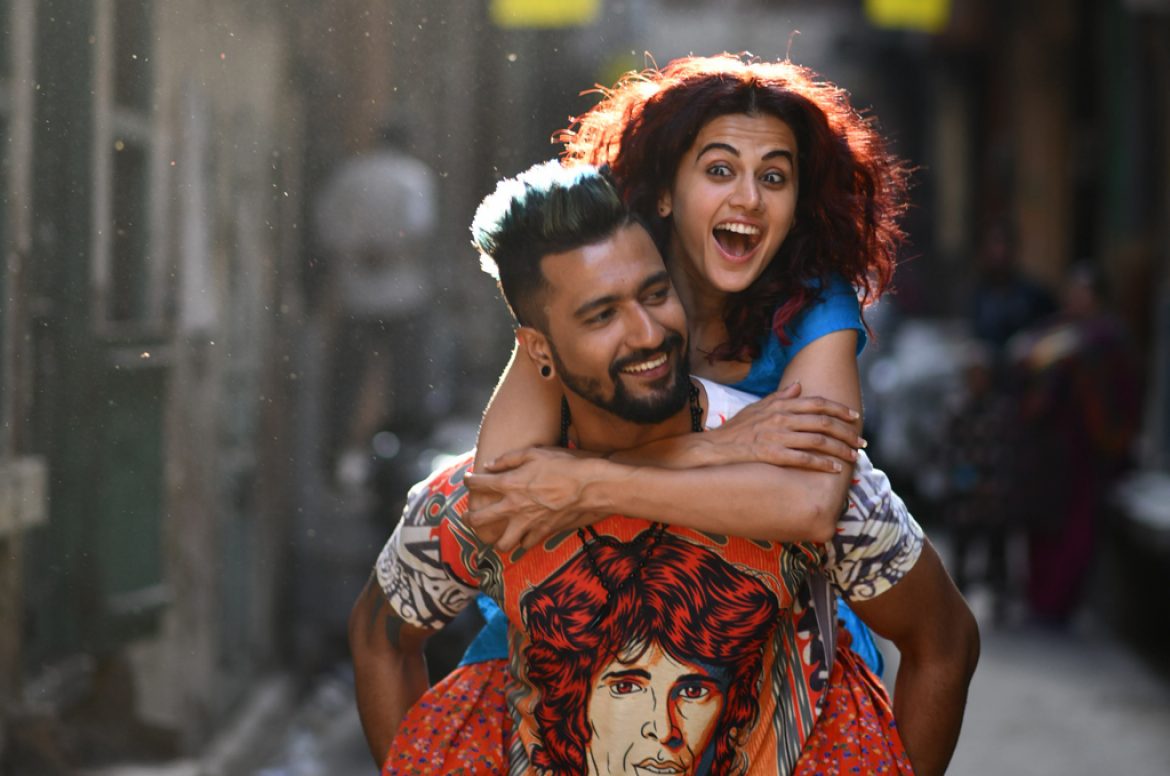 MANMARZIYAAN  – Director Anurag Kayshap leaves the “Gangster” theme, and takes on the subject of “F for Fyaar” or “P for Pyaar” in this new love triangle called, “MANMARZIYAAN”. The film has the “Dev D” treatment, where there are these back-up dancers that pop up in the song sequences. Like “Dev D’ paid tribute to “Devdas”, it is now his time to pay tribute to “Hum Dil De Chuke Sanam”.   You could say, “Manmarziyaan” is the urban middle-class and rustic version of it.

Set in Amritsar, the film revolves around “Rumi”, played by Taapsee Pannu”- who is an absolute firecracker and is a sheer delight to watch on the big screen. She plays the typical brash Punjabi “Kurri” that does what she wants to do. She is in love with DJ SANDS – A Punjabi DJ, played by Vicky Kaushal, who is also known as Vicky Sandhu. Their love is passionate, filled with immaturity, and indecisiveness, until things take a sharp turn.

Since he cannot commit, she threatens him that she will go for an arranged marriage with an NRI banker from England, named Robbie, a Sardar played by Abhishek Bachchan. Director Anurag Kayshap stresses throughout the film that relationships can be messy, and when past and present come together, one can end in a road block of mixed feelings.

The film however gets a bit long and repetitive towards the second half. But the acting by Vicky Kaushal, and Abhishek Bachchan between Taapsee are compelling and natural.For that the film gets a 3 star recommendation. Courtesy Awesome TV & BEING FILMY.