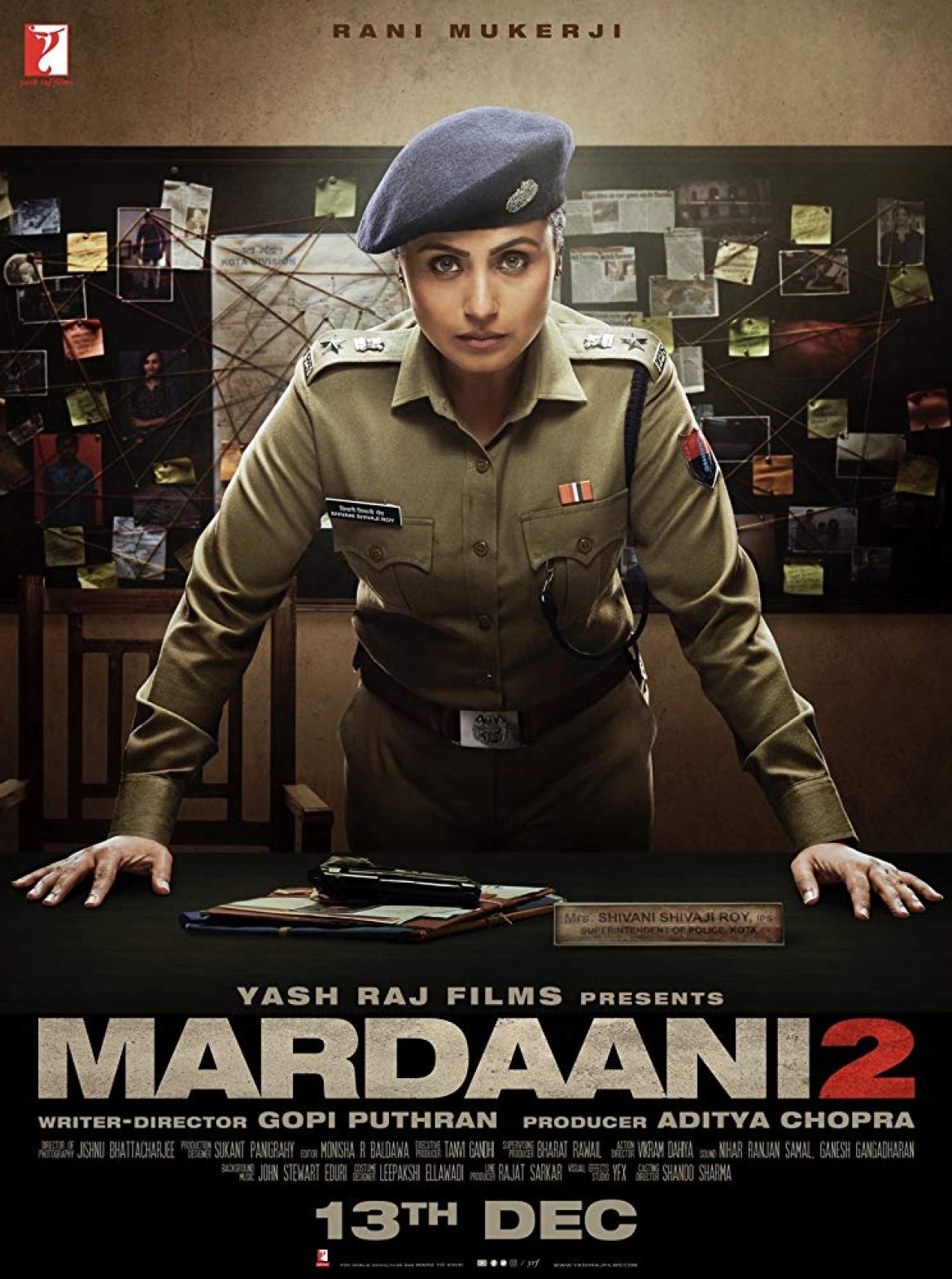 MARDAANI 2 – Yes the film is intense and gripping. Actually “MARDAANI 2”, is even better than the first one. But the subject has been exposed in many other Bollywood films previously, that deals with showing India as the rape capital of the world. So many incidents have not been reported, and many cases await a trial that takes years to resolve.

The film takes on a strong message for the public, and especially women to take action, protect themselves and get due justice that is deserved to make our society globally safe, and respect our woman always. Surprisingly, Rani Mukherjee plays her role as the cop on a rampage with conviction, where her emotions are unrestrained and raw.

The climax is the grips you. The psychotic new villain is a bit over the top, but will surely crawl under your skin. This new kid on block named Vishal Jethwa will be a face to reckon with. Those blue eyes and the evil look will get you. The film gets a 3-star recommendation. But do go with caution. Courtesy Awesome TV & BEING FILMY.