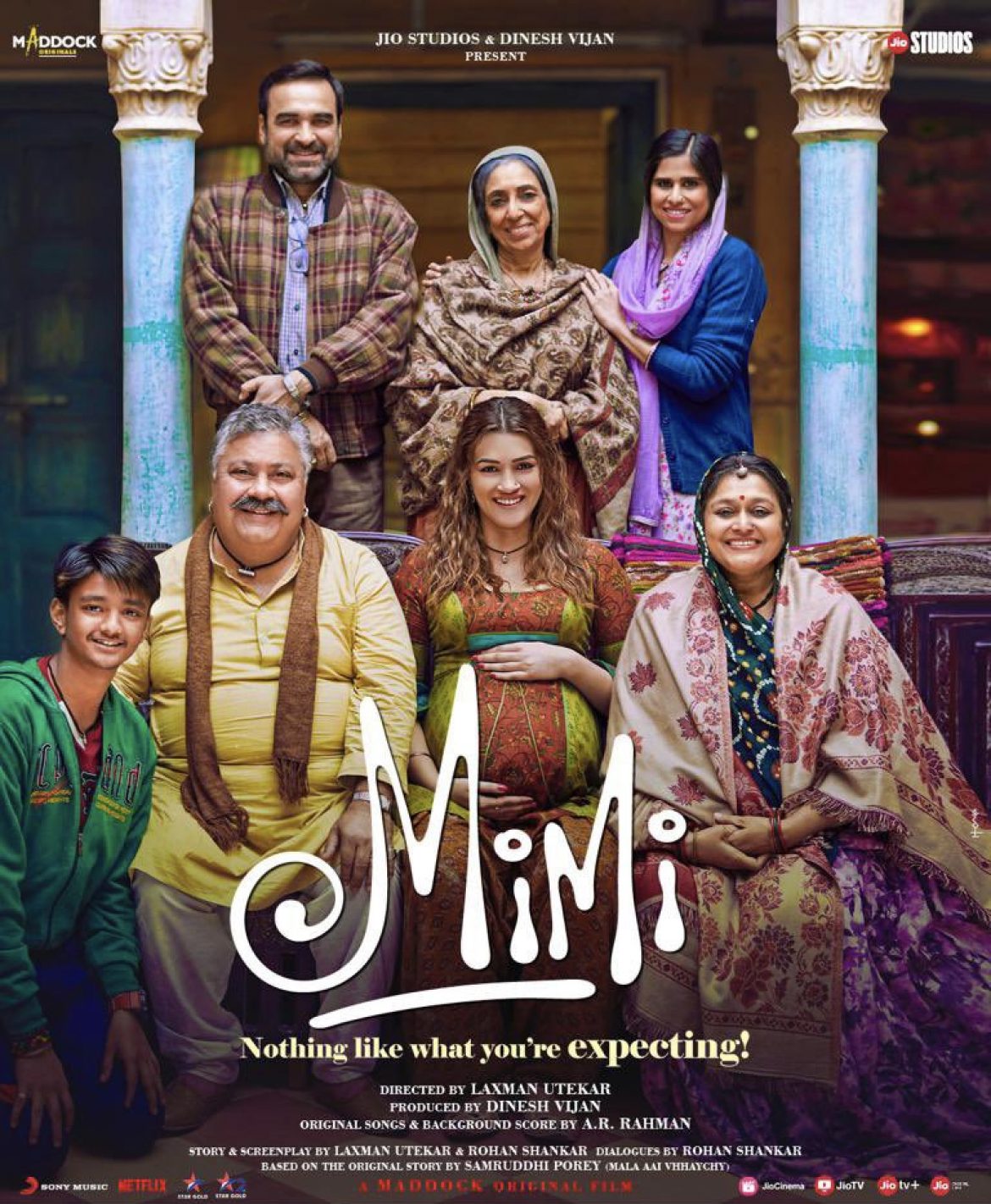 MIMI – Coming from the production house of Maddock Films, who brought you films like, “Hindi Medium”, “Bala”, “Stree”,  &”Luka Chuppi”, just to name a few, has now released on Netflix – “MIMI”.

The film tackles the sensitive topic of surrogacy in a contemporary way. The story takes place in Jaipur India, where an American couple is looking for the right girl to bear their child. Here comes the curious,, eager, and most helpful driver in town, played by Pankaj Tripathi, who goes out of his way to find that pretty girl. Kriti Sanon is that lucky one, who plays that girl. Like so many that are aspiring to make it as an actress in Bollywood. She also wishes to go on that road to fame. But she needs that money to make her portfolio, to make her more viral. She takes the driver’s suggestion, and takes the bait for being that candidate to be a surrogate..

However a few months down the line, the couple have a change of plans and just drop the idea. They want her to abort the child. Things take a 180 in “Mimi’s” life.

Kriti Sanon is superb in the title role. Her character of being a mother touches you.  You feel for her unrest, her sacrifice, her plight and her decisions on keeping the child after all the circumstances. Her role has so much emotions that you also get a bit teary eyed. Pankaj Tripathi is always good in the simpleton character that he portrays. But Kriti Sanon is indeed an award winner candidate for this film this year. “MIMI’ Go and watch it!!!