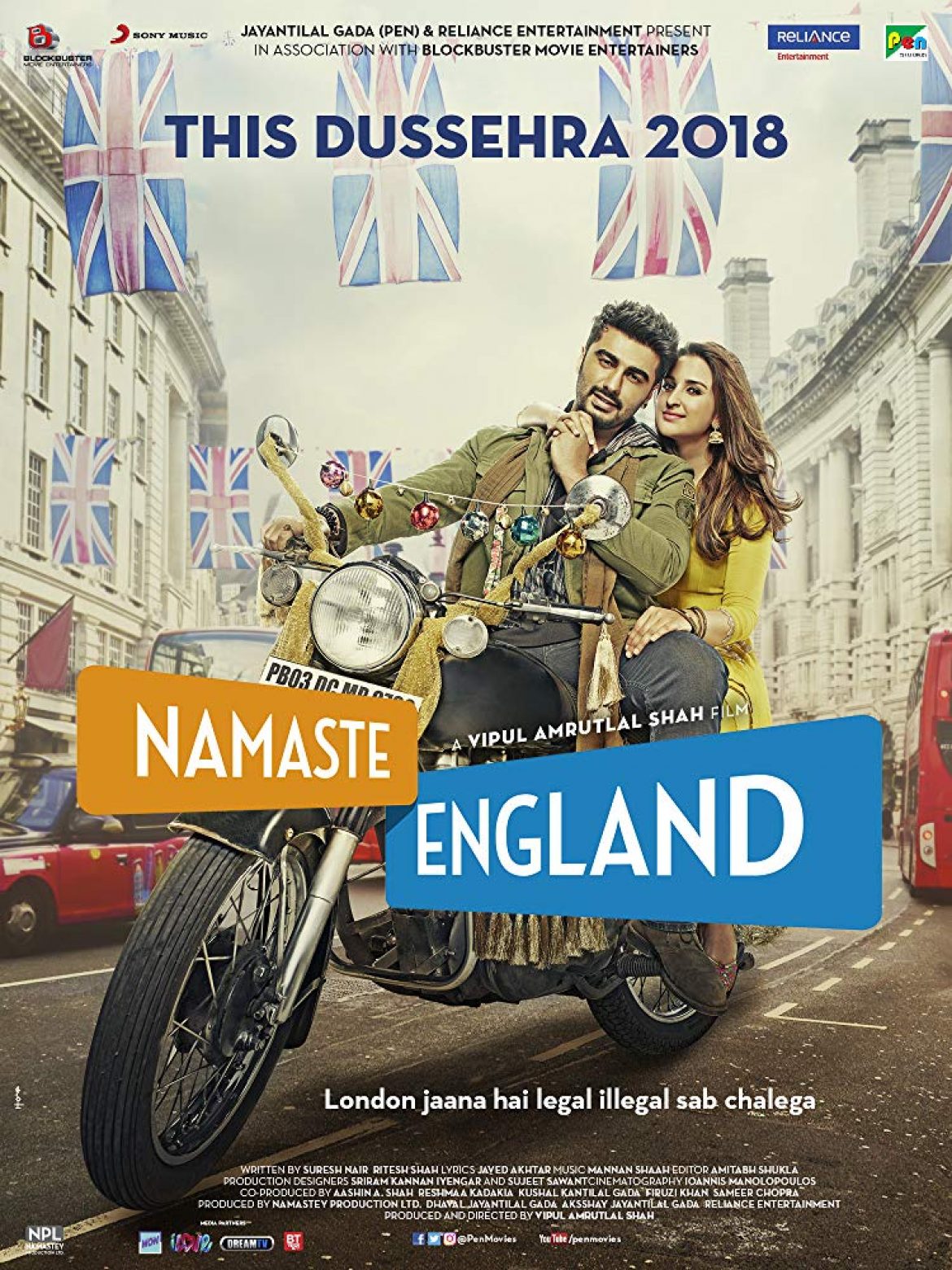 NAMASTE ENGLAND – Yes the audience and the critics may feel that the story of “NAMASTE ENGLAND” has that been there…done that plot that has been rehashed in many previous films like “Badrinath Ki Dulhania” & “Namaste London”, where the girl wants to pursue her career and not get tied down as a housewife after marriage. And why not??…Its girl power all the way. But not if you are hurting your newly wedded spouse and getting a British-Marriage Visa illegally to make it big outside your country.

Director Vipul Amrutlal Shah of “Waqt” and “Namaste London” fame tries to induce the formula of woman’s liberty and romance in this film, but due to the predictability, and the preachy narrative of this film falls short for the film to succeed.

The hero comes to England to woo his wife back by provoking her that even he can marry someone else for residency in U.K. The taste of your own medicine becomes cheesy. However if actor Arjun Kapoor did not look like he just woke up from bed, and looked less chubby and groomed, then the film would been above average. As for Parineeti Chopra, as the Visa obsessed chick, her role was apt. The film gets 2 and half stars. Courtesy Awesome TV & BEING FILMY.