NEWS OF THE WORLD – Movie Review 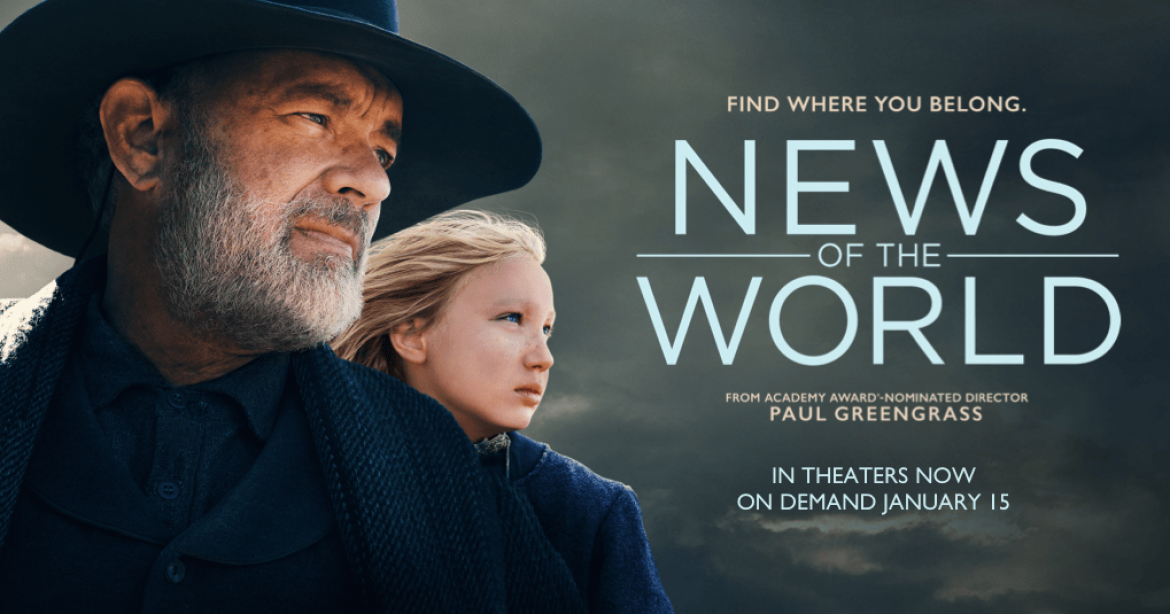 NEWS OF THE WORLD – “NEWS OF THE WORLD” is the kind of film that takes you to rustic era over a century ago into the folklore of how America was. It is a slice of history during the end of the Civil War period.

Director Paul Greengrass shows how we as a nation was divided between North & South, and how we were divided by our ideologies as well. It is very similar to the state of affairs that we our dealing with even now.  Yet the narrative is simple about a good samaritan, played by Tom Hanks. He is a widow, and has returned back to all that he has lost. He plays a retired soldier named, Captain Jefferson Kyle Kidd. He goes from town to town tel read the news from the papers, to those who are unfortunate and illiterate.

He comes across a 10 year old German girl that was raised by “Kiowa” native Indian tribe. He feels compassion, and sets on a mission to return her to her Aunt and Uncle. She is an orphan, and helpless. In the end he realizes that both need each others support, when the world has closed its doors on them.

It ends up on a positive note, with a sense of hope. Its a predictable subject, but the performances are endearing and uplifting.