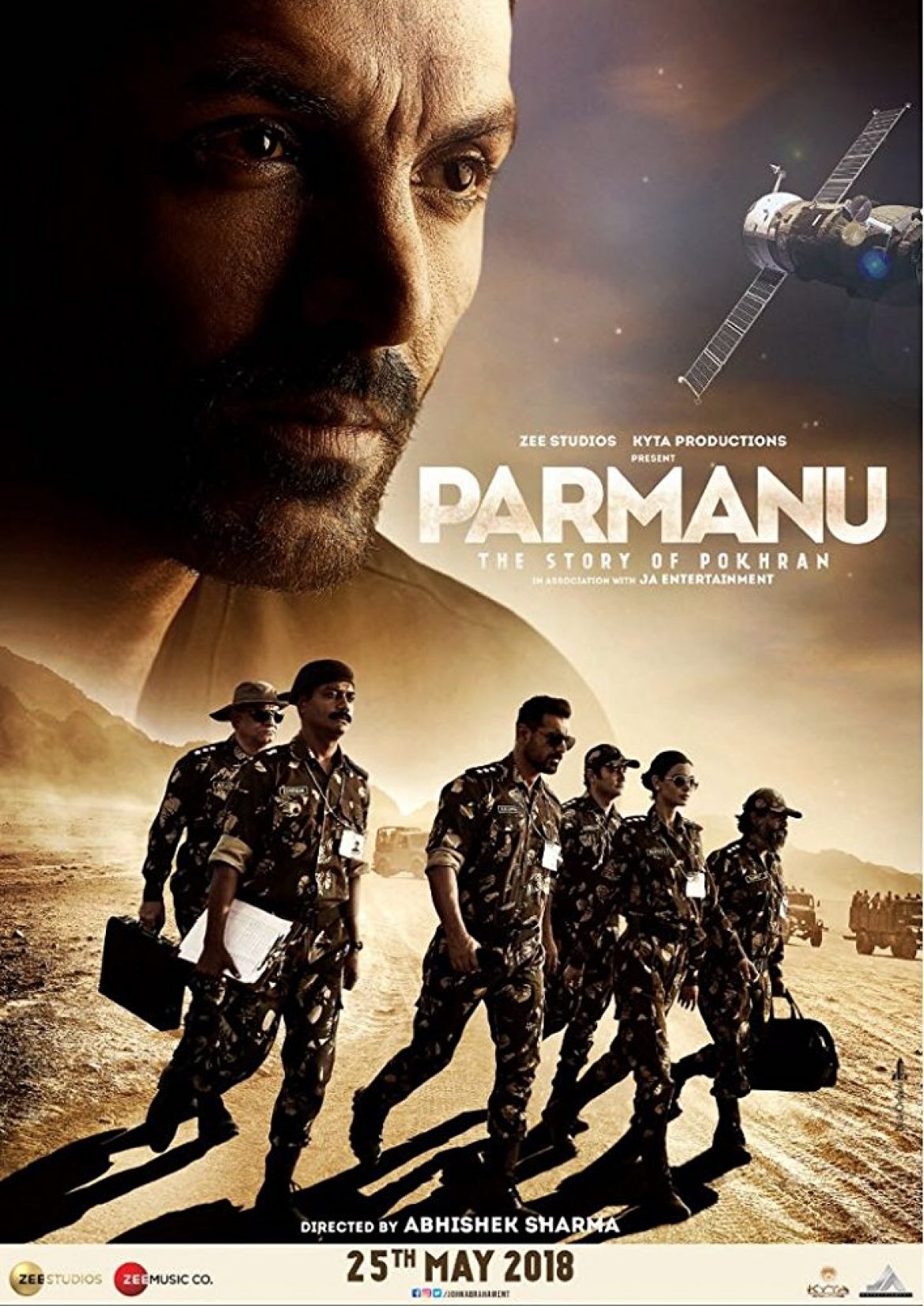 PARMANU – THE STORY OF POKHRAN – “PARMANU” means the Atomic Bomb in Hindi, and it is based on true events that took place during 1995 – 1998 in Pokhran, in Rajashthan area of India. I was not familiar with this subject, since I live in America. But coming from Indian origin, or rather being from India, this film will make you feel proud at how India as a nation stood their ground and and were resilient in achieving their goal of becoming a nuclear state.

The film shows when U.S. joined forces with China and Pakistan in helping them against any foreign threats, and at that time it felt as if India had no allies, and no country to seek aid and protection for their borders. Therefore secret atomic tests were designed to prove India’s countries strengths against any enemy threats against them. The film uses valid and actual footage to prove what was going on in the news during that uneasy time.

I must say hats off to John Abraham for producing and acting as IAS officer Ashwath Rana, who came up with the ideas and setting up tests under the supervision of the Principal Secretary of Prime Minister Atal Bihari Vajpayee – Hemanshu Sharma, played by Boman Irani. His style suited the role as well.

You could say actor John Abraham’s passion and dream of bringing this rather unusual subject with director Abhishek Sharma will indeed pay off on the Big Screen. The film is an eye opener, as well as educational, and will keep you at the edge of your seat. If you like films like, “Airlift”, & “Baby”, then you will enjoy this film. The film gets a 3 and half star recommendation. Enjoy!! – Courtesy AWESOME TV & BEING FILMY.