Khiladi Kumar, Kriti Sanon & Kartik Aaryan will save the day! 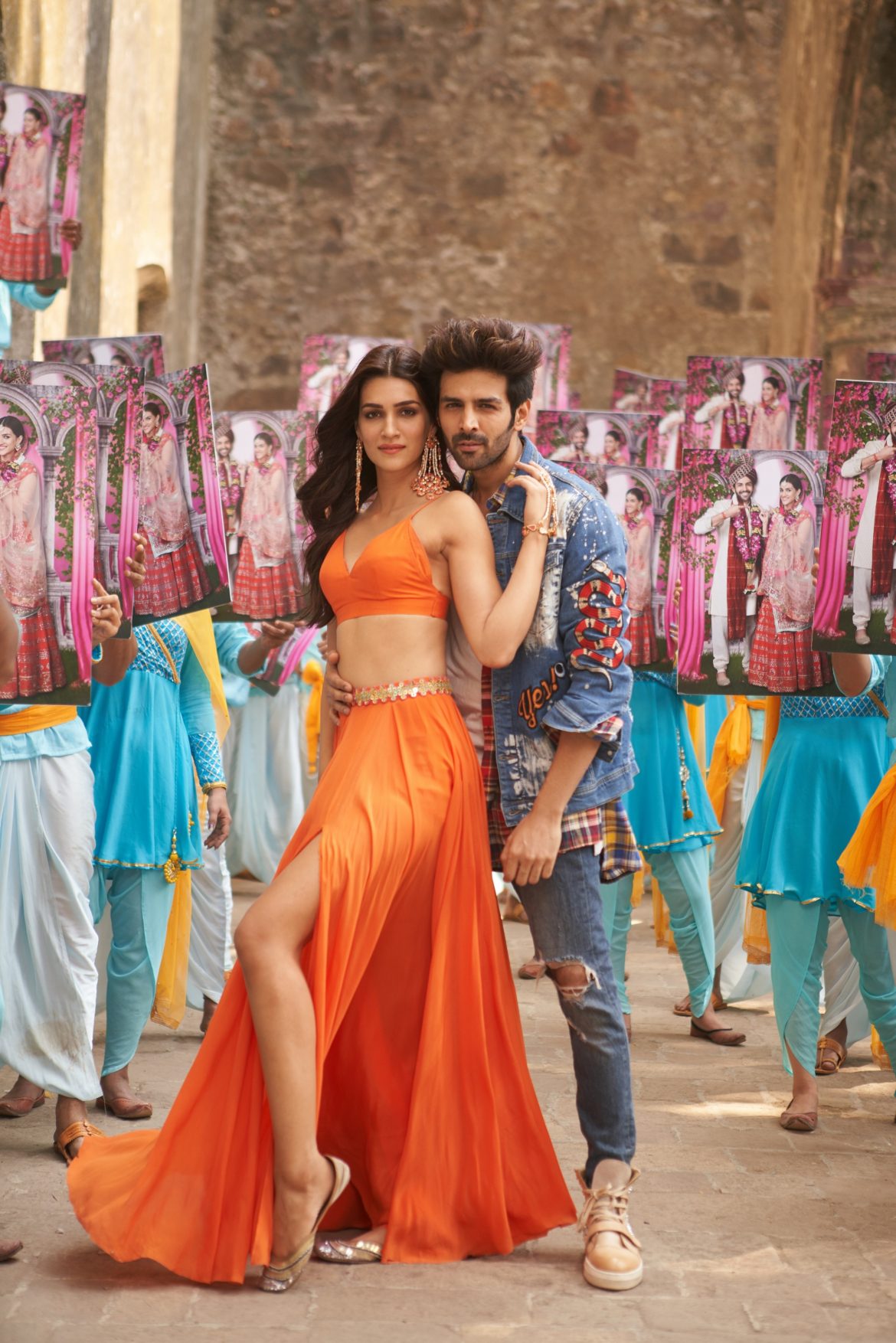 Khiladi Kumar, Kriti Sanon & Kartik Aaryan will save the day!

You may have heard of guest appearances in movies and serials, but the makers of ‘Luka Chuppi’ bring audiences something out of the box. Their latest promotional video featuring leads Kartik Aaryan and Kriti Sanon sees superstar Akshay Kumar groove with them.

The clip begins with a dapper looking Kartik boogie to the film’s foot tapping song ‘Poster Chapwa Do’, as a beautiful Kriti steps in a few seconds later. Their crackling chemistry exudes a never seen before magic. The lovable pair is just about to finish when an electrifying Akki jumps in from nowhere.

Khiladi Kumar gives the young duo some stiff competition with his snazzy moves, leaving the couple as well as viewers spellbound with his vintage charm. The melody in question was originally from Akshay’s 1997 hit Aflatoon that saw him performing with co star Urmila Matondkar. White Noise studios have recreated the retro number for generation next, with dance sensation Vijay Ganguly helming choreography.

By the looks of it, Akshay seems to be quite gung ho about this brand new version. The trailer has already left fans gushing over the adorable romance between the film’s stars, and if Akshay’s excitement is anything to go by, its music will have the same effect on everyone.

Luka Chuppi, a film by Laxman Utekar and produced by Dinesh Vijan (Maddock films) releases in theaters on the March 1st, 2019.