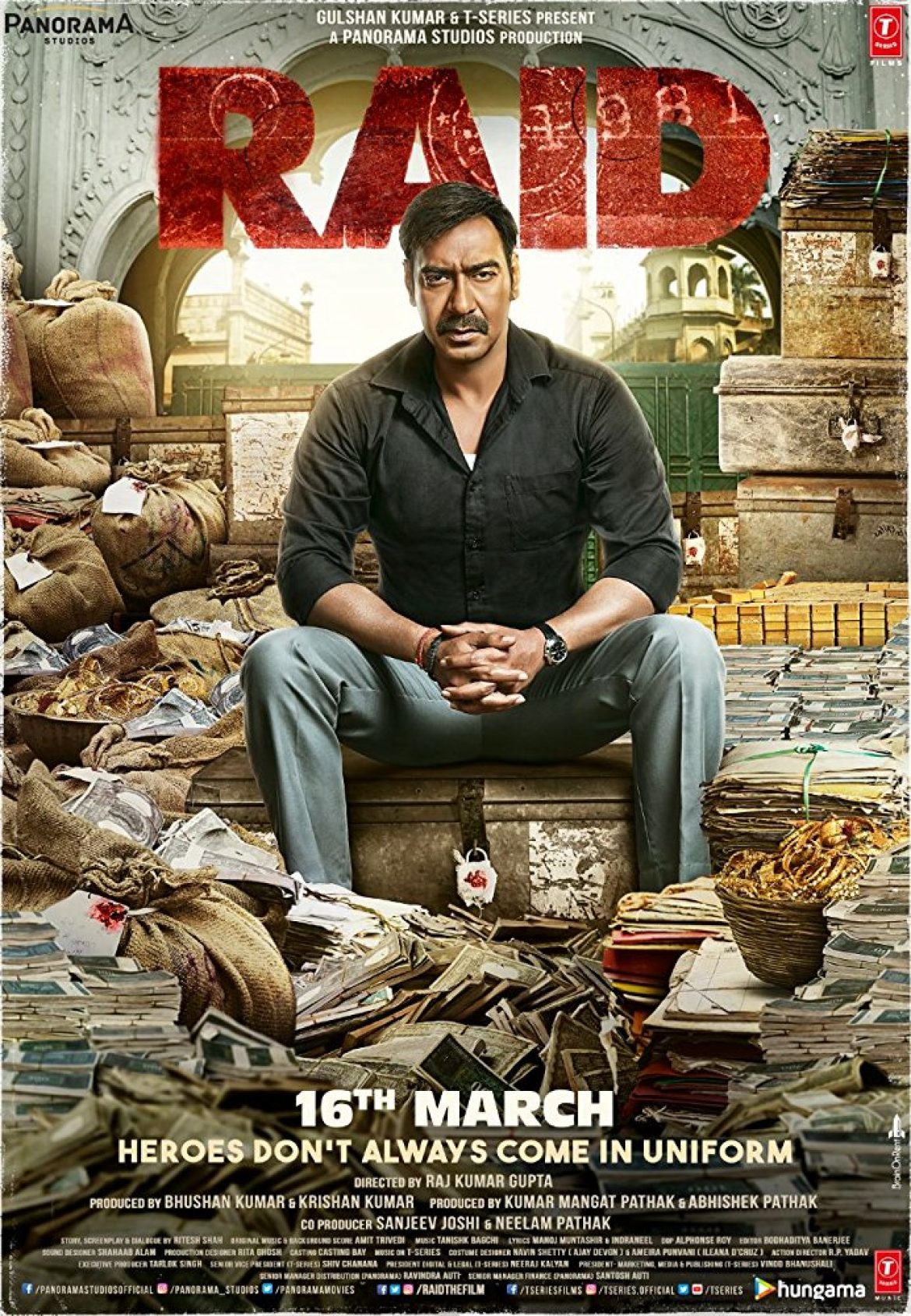 RAID – Get ready for the Taxman, as Ajay Devgn plays the no nonsense kind of guy in the new movie called, “RAID”. He is perfect for the role of a Income Tax Officer. in 1981, based on true events in Lucknow, India there was where one of the longest “RAID” that took place over a period of time, where the Indian Government recovered over 4.2 billion crores of rupees that was not shown or declared by a sleazy U.P. politician, played by Saurabh Shukla as “Tauji”.

The film keeps its audience glued to what develops throughout the film. After a long time “RAID” is a film that has some good dialogues, that actors like Ajay and Saurabh can sink their teeth into, which only makes their performances stronger to see on the big screen.

In addition many scenes of how Ajay Devgn as Amay Patnaik are fascinating to watch, on how he discovers where the missing wealth is found. The film is worth watching, and it gets a 3 star recommendation. Enjoy!! Courtesy Awesome TV & BEING FILMY.