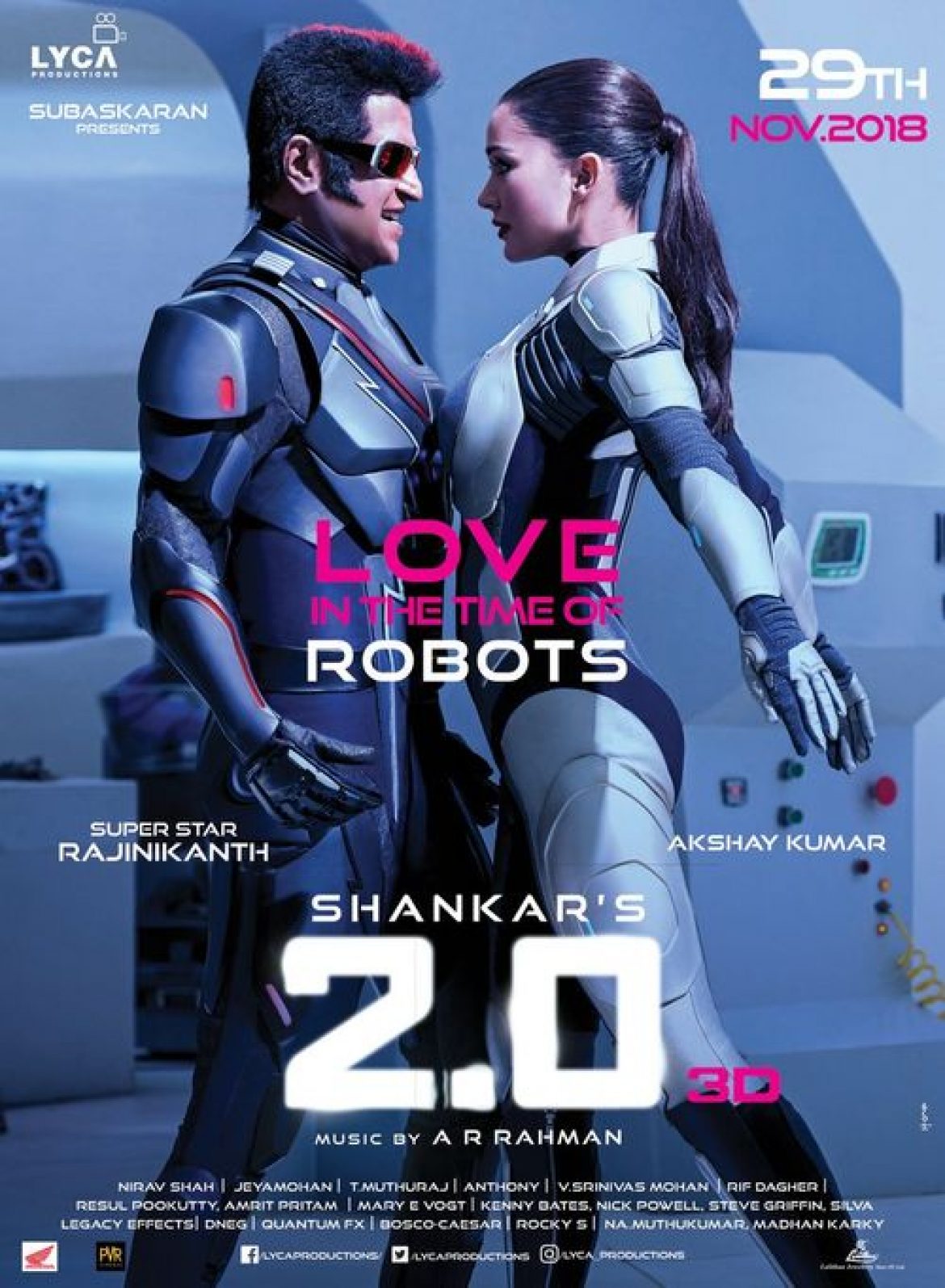 ROBOT 2.0 – It has taken 8 years for the sequel to finally take shape for the big screen, for Director – Shankar’s – “ROBOT 2.0”. The effects, sounds, and visuals are amazing, and the film is indeed filmed in 3D, so it is indeed worth the money to see this Bollywood – Superhero flick with Superstar Rajnikanth, along with Akshay Kumar as the villain.

The film’s special effects are good, but still could be better. But let us not nit pick there….The film also has a strong moral message that at times gets a bit preachy, but let us not nit pick on that either. People with technology and cell phones today has almost absorbed themselves into a whirlpool of addiction these days. Today’s workforce also heavily relies on it. But too much of it leads to radiation, and effects our ecological system.

Akshay’s role as a bird lover who dedicated his life on preservation of the species has lost the battle to this epidemic, until his soul transforms himself to a negative energy that can destroy mankind with his powers. He has played this role by not being over the top, even though his look can be at times.

Remember India is new with science-fiction, but this concept does justice with this subject. It sounds a bit far fetched, but see how this idea from Director – Shankar unfolds with his execution, and brings this iconic character of “Chitti” – the Robot again, played by Rajnikanth on to the big screen. It is worth a look and gets a 3 star recommendation. Courtesy Awesome TV & BEING FILM).