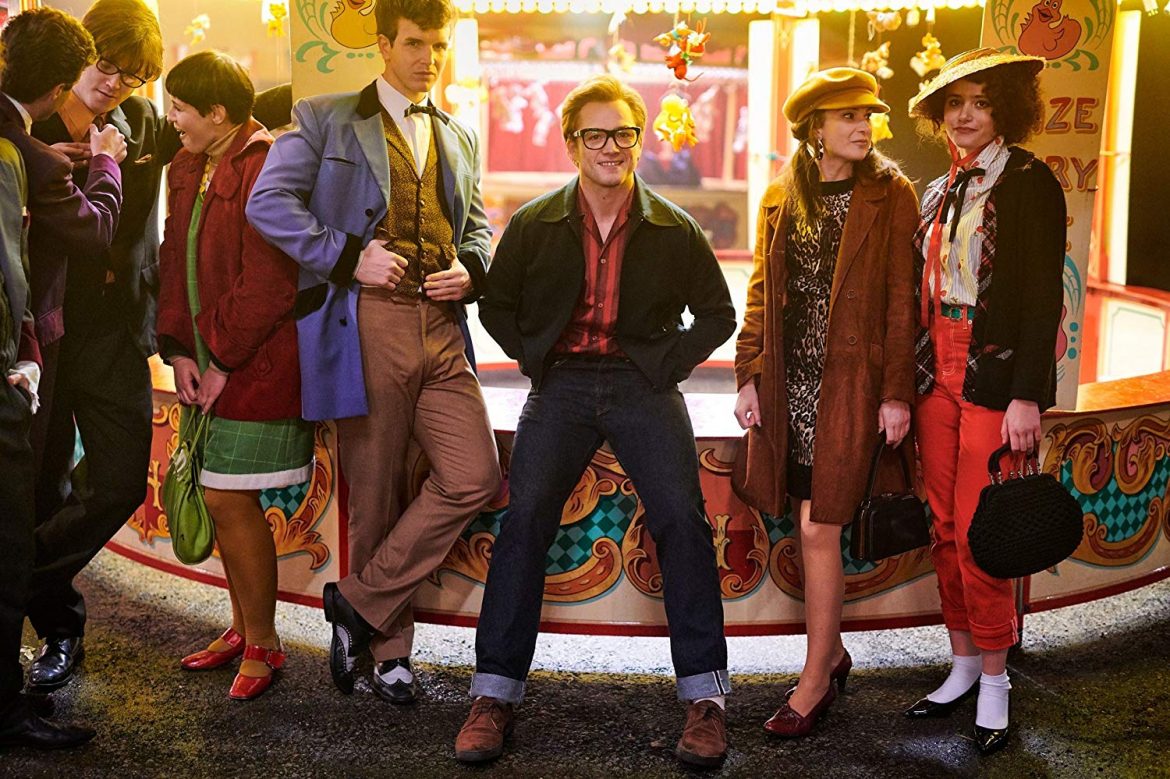 ROCKETMAN – This time the “Piano Man” has a biopic consented by the legendary Elton John himself. Unlike recently the “Freddie Mercury” – “Queen – Bohemian Rhapsody”, which showed the bands performance, For Elton John’s – “ROCKETMAN: the director takes a different approach and makes his biopic, more like a Broadway Musical. This may deter some, but mark my words, “ROCKETMAN” entertains and bring you into the life of Elton John, who is a gifted singer and piano player, who is played by Taron Edgerton.

Actor Edgerton is a revelation. He performs, sings, and looks just like him. The film shows how he faces trauma when his parents get divorced, during his young prime years, and battling being homosexual as well. It can also be lonely up there when your constantly performing and your love interests can be manipulative. If your a rock star, then you have to be on cocaine and drugs. But with all that being said..the songs and his hits come back with great execution.

Edgerton gives a real life, and sensitive performance that is Oscar worthy. Go see it for Elton. The film gets a 3 and a half star recommendation. Courtesy AWESOME TV & BEING FILMY.