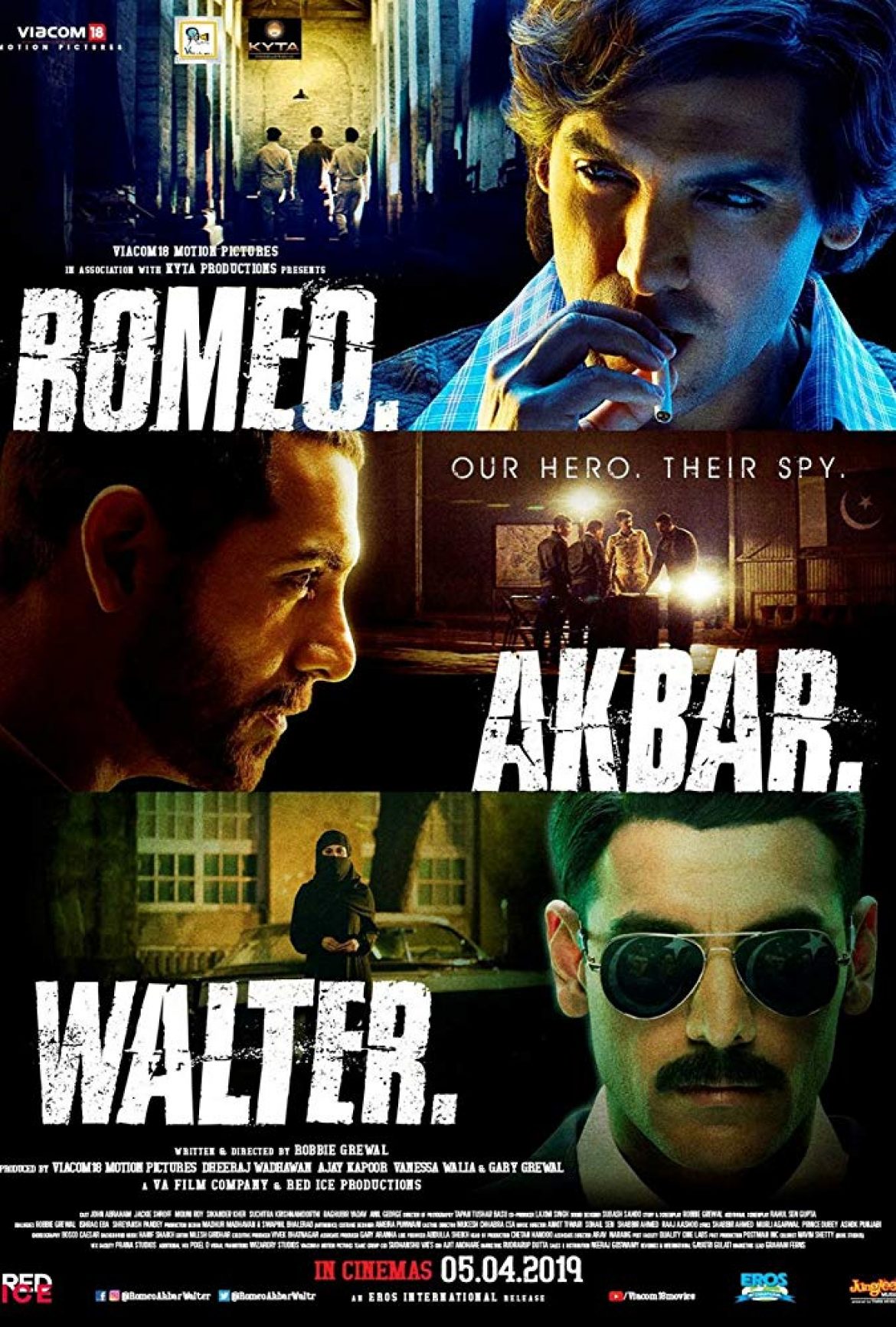 ROMEO – AKBAR – WALTER – Director Robbie Grewal’s attempt on making a Spy film based on a true story comes out as a poor man’s “Raazi”, in “ROMEO AKBAR WALTER”. Starring John Abraham as a RAW agent who gets assigned by India’s Private Security department in 1971 to go undercover in Karachi, Pakistan to see what their plans are to eradicate the turmoil that is happening in East Pakistan, which after the war became Bangladesh, thanks to India’s help, under Indira Gandhi’s rule.

The film’s graph goes up and down , and is slow in parts. The film had potential to become something greater, but since it follows the similar theme of “RAAZI’, with lack of emotions, and fear, the film appears pale in comparison. However the theme of how one sacrifices his life for his motherland to the point of losing his identity and live nameless is a strong message that the film conveys in the end.

Both John Abraham & Mouni Roy play their roles with lack of emotions, which I thought was important. but surprisingly the smaller roles played by Jackie Shroff as the Director of the RAW branch, and Sikander Kher as the Pakistani Kernel, does leave an impact to its audience. Overall the film could have been much more edgy. The film gets a 2 star recommendation. Courtesy Awesome TV & BEING FILMY