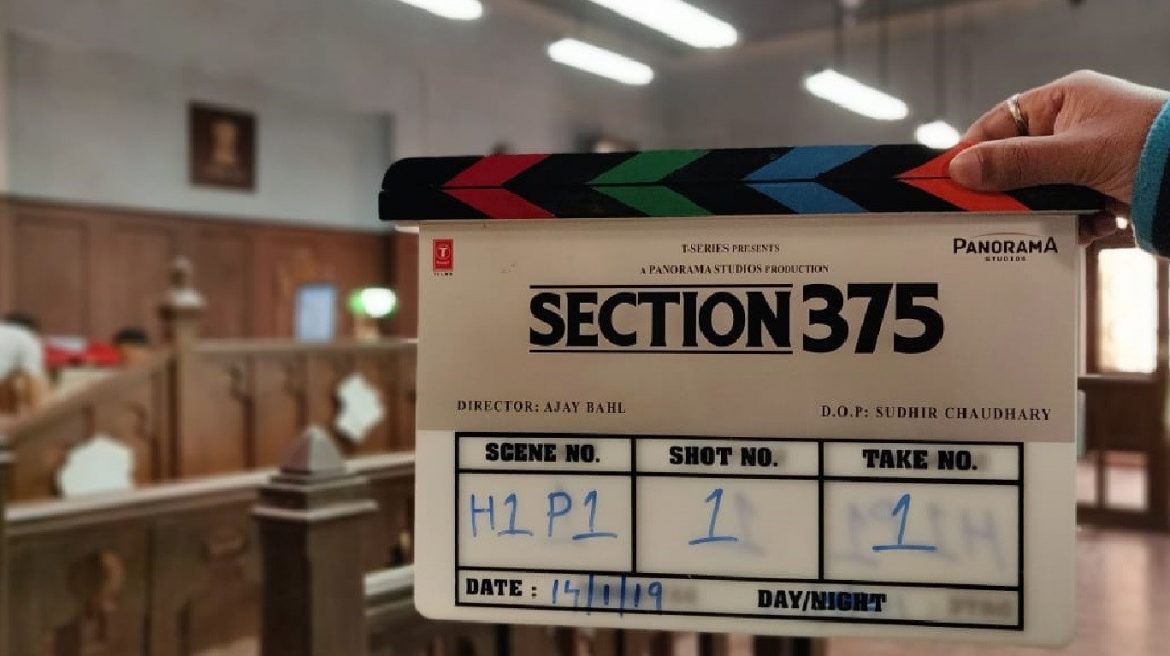 Akshaye Khanna and Richa Chadha started filming their scenes for the courtroom drama SECTION 375 at a set erected at Yashraj Studios.

As the title suggests the film takes a serious look at the important law that involves rape cases in the country. Akshaye Khanna plays a best-in-the-business defense lawyer to a film director played by Rahul Bhatt who is accused of rape while Richa Chadha plays a tough nut public prosecutor arguing for the victim played by Meera Chopra.

Abhishek Pathak, producer, Panorama Studios said “A lot of times we read or hear about a case and we think it is pretty much black and white but on many occasions that’s not true at all. SECTION 375 is an entertaining courtroom drama that dwells into a very sensitive topic and opens up different perspectives towards the law and will let the audience decide how they would like to interpret it. We are really excited about this one.”