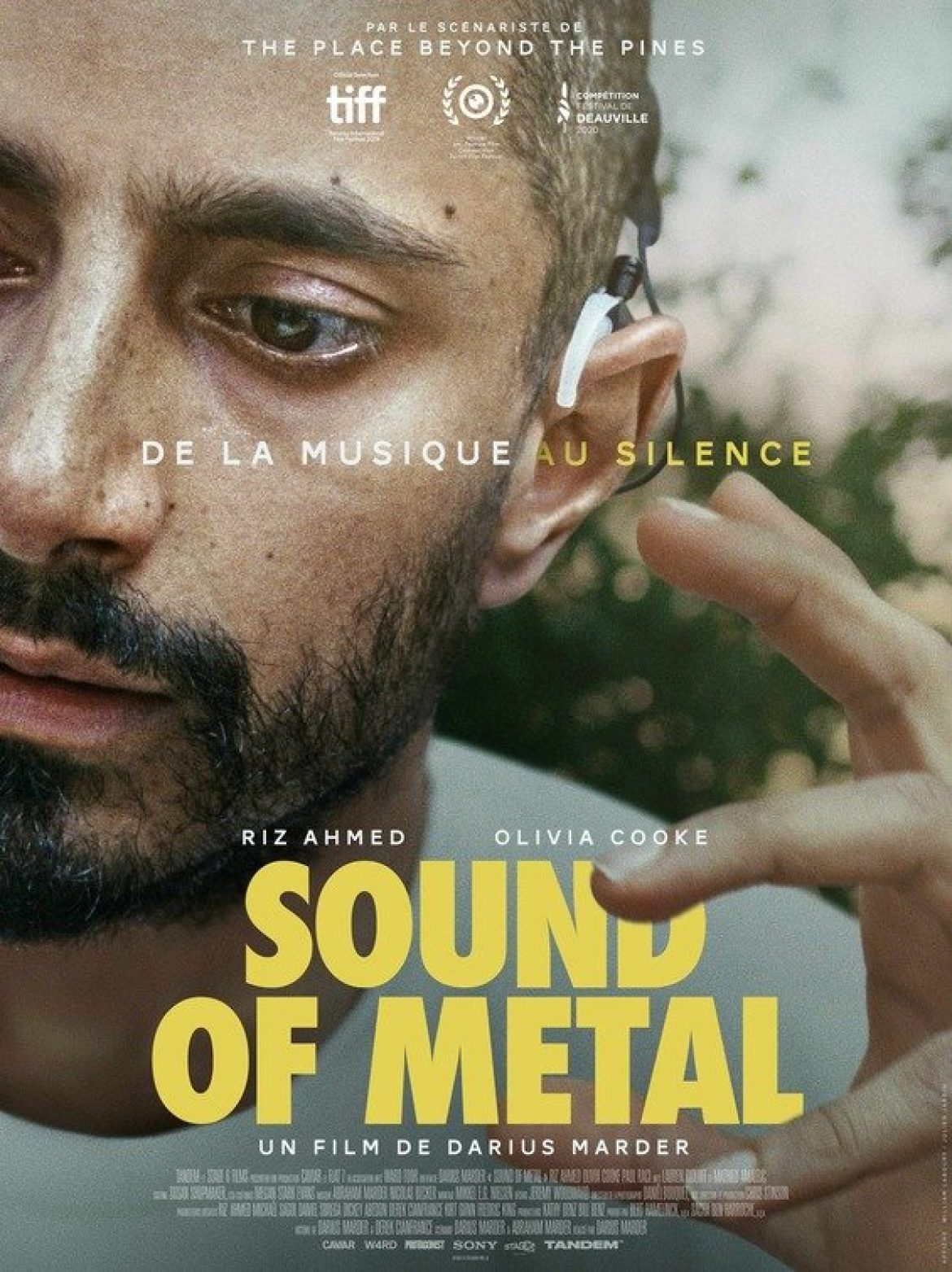 SOUND OF METAL – Many may not know that Actor Riz Ahmed is a British Asian actor that has been around in the Hollywood industry for quite some time now. He was seeen in Mira Nair’s – “The Reluctant Fundamentalist”. He starred in the (2012) – Indie-film produced by Anurag Kayshap with Frieda Pinto called, “Trishnaa”, and recently in Marvel’s – “Venom”, where he played lead villain.

Well now you must take a look at him in “SOUND OF METAL”, which has been streaming online this past month on Amazon Prime. The film also stars Olivia Cooke as well. The story is off beat, and it deals with a heavy metal drummer, who along with his lead singer girlfriend perform on the road at various venues. They are inseparable, and they go everywhere in their RV. But things take a slight detour in their lives, when he finds out that he is going deaf.

He goes against his will to go to a rehab. It is a community where he meets many people that are also had a loss of hearing. He rebels, yet slowly he adapts, and finds another life for him there.  But the conflict that he battles is his yearning to be with his lady love, who has moved to Paris. He wants to get a hearing surgery, that proves to be not so great. He alienates himself from the rehab, only to see his life has changed drastically, when he sees his girlfriend seeming to have changed in Paris.

His emotions, and performance is raw and natural. I personally feel it is Oscar worthy.