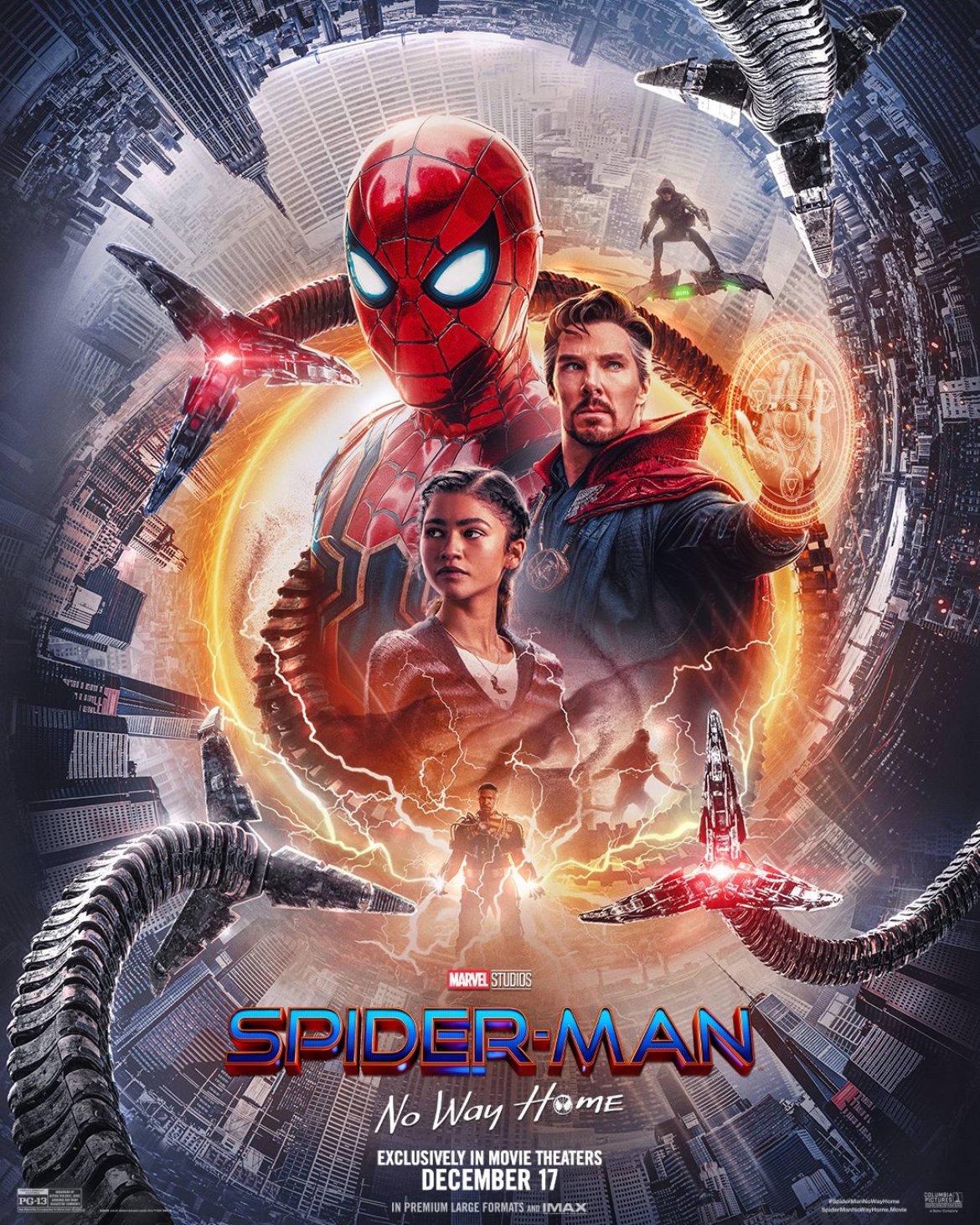 SPIDER MAN – NO WAY HOME – Peter Parker’s identity has been identified. The whole world now knows that this young lad is “Spider-Man”. In this new 3rd installment, Tom Holland, as “Spider-Man”, has also many adversaries that are after him. he does not even know some of them. But why is this happening?? They are all indeed baddies, like, “Octavius”, “Green Goblin”, “Sandman”, and “The Lizard-Man’, just to name a few. But where and why are they coming from? He then seeks help from Benedict Cumberbach, as “Dr. Strange”. He needs his help to unravel this problem. He also wants to erase his identity from many people’s memory of who he really is, except from his close loved ones. Especially also from the love of his life, played by Zendaya.

He does not want to jeopardize his loved ones. With the aid of Dr. Strange, he casts a spell that opens a portal that would enable Spidey to send back these villains back to where they came from. But this portal opens a door to multiple universes, where there is parallel place of many “Spider-Man’s” that do exist, and now some of them are meeting each other for the first time. A very novel concept. But its Aunt May, played by Marisa Tomei that holds the plot with a moral message to Peter Parker, is to forgive, and give people who are evil, a second chance. Let them seek redemption, and change for the better.

The film is fast paced and keeps you on your toes. Big sacrifices are to be made by Peter Parker, but audiences will be indeed satisfied with this episode instead.