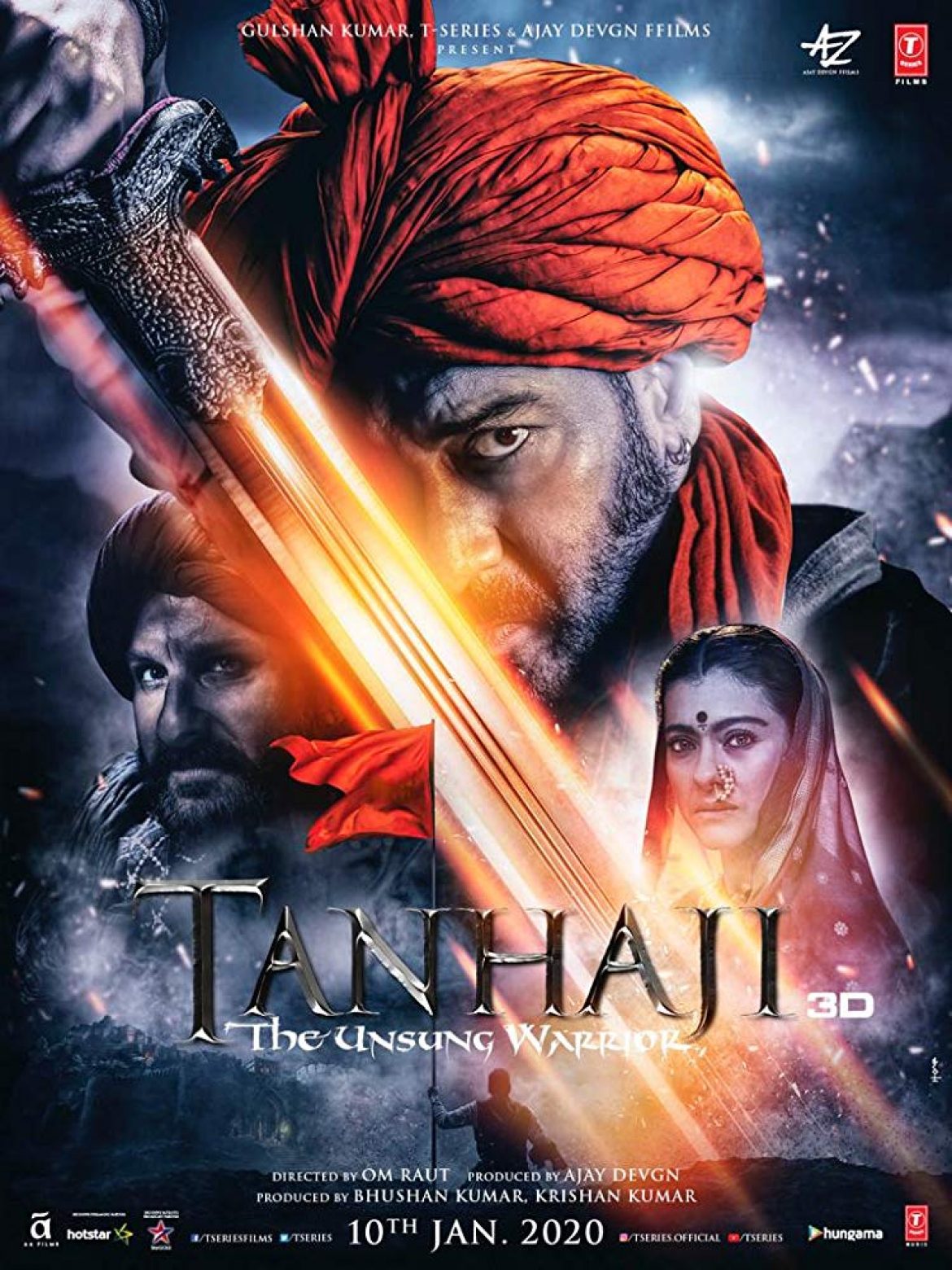 TANHAJI – The Unsung Warrior – Then trend of historical films that deal with the Mughal Empire and battling with the Maratha’s in India centuries ago, is the Bollywood way to get your crash course in getting history served to you on the big screen in 2 and a half hours.There has been a barrage of films related to this subject recently, from “Bajirao Mastani”, to “Panipat”, which makes this home production of Ajay Devgn’s a bit late in the game.

The freshness of these historical stories become diluted in its impact, since so many have come out recently. But having said that the film still entertains with innovative aerodynamic action scenes, and a climax that deserves cheers in the end.

When the Mughal dynasty ruled parts of India, they collected taxes by the Indian locals on their land. If one could not pay, then they would die by the sword. It was ruthless time those days, but it was upto the law and order by the Marathas to protect India as a whole from them and the invaders.

Ajay Devgn as Tanhaji does his job well by emoting the pain, loyalty, and revenge through his eyes. But it is Saif ali Khan that is the trump card of the film. His role as Udhyabhan Singh Rathore, is ruthless, quirky and menacing throughout as the villain. Overall the film gets a 3 star recommendation for the action. Courtesy Awesome TV & BEING FILMY.