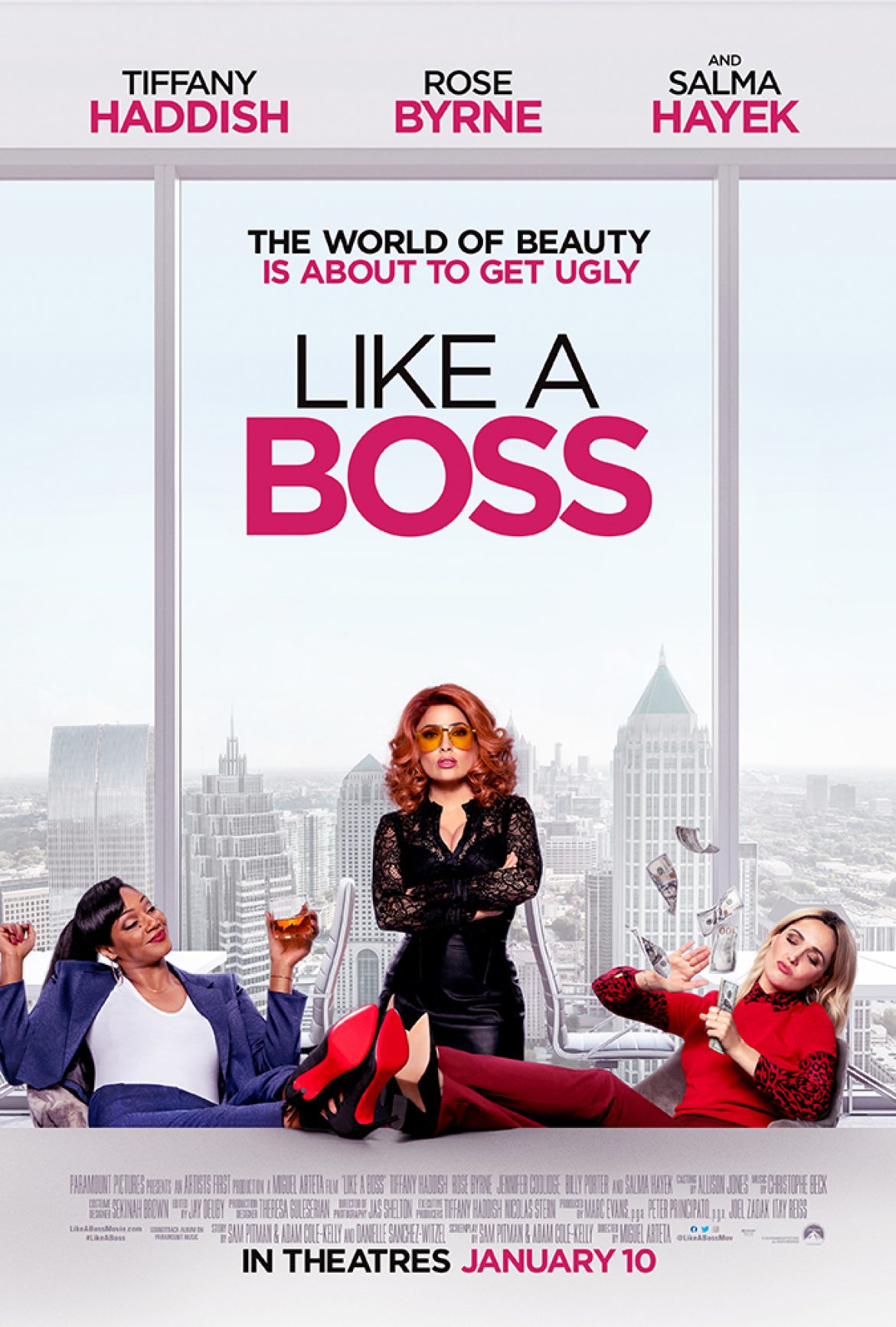 LIKE A BOSS – January has its first comedy for 2020 from Hollywood. But does “LIKE A BOSS” make you laugh? – Sadly the film is more like a light hearted comedy with Tiffany Haddish doing a squeaky clean performance. Trust me she tries hard to breakthrough this average affair, with some bad words.

The story is about 2 friends, and how outside things can affect their friendship and partnership, by getting corporatized, Actress Rose Byrne and Tiffany Haddish play 2 childhood friends that have been through thick and thin, and when their small cosmetic company is in debts, they get an offer from a “Revlon” type company to merge.

The film’s premise is weak, but what lifts this film to an average affair, the the chemistry between Haddish & Byrne, that stand above this wafer thin subject. As for Salma Hayek, she is Salma Hayek playing the villain boss. Overall the film gets a 2 and a half star recommendation. Courtesy Awesome TV & BEING FILMY.