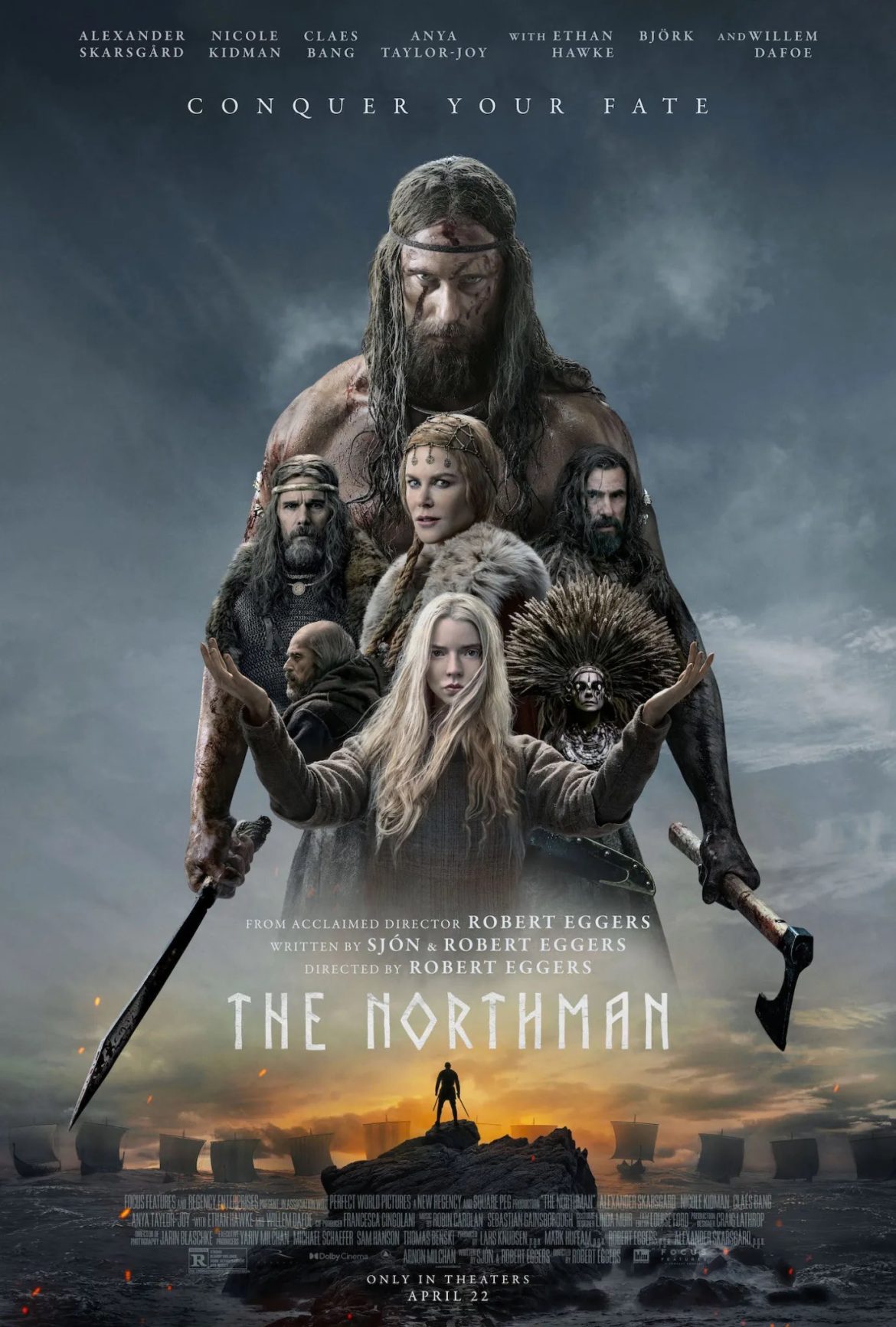 THE NORTHMAN – You will have to have a strong stomach when you watch this film, for the gruesome violence that you will see in this film – “THE NORTHMAN”. Now in theatres.

Set in 895 A.D, in the Northern Atlantic, and in Iceland, you see the Vikings in their brutal glory. It is a vendetta film, but done with the vision of realism and dreariness of the that period which took place. Director Robert Eggers brings that Macbeth type quality to the narrative. To an extent even an Oedipus complex as well.

The prince who has now all grown up now seeks what was stolen from him, he seeks his fathers revenge. and he will fight to the very last drop of blood in his veins for it. The film stars Alexander Skarsgard, Nicole Kidman, Bjork, Anya Taylor Joy, Ethan Hawke, and Willem Dafoe.