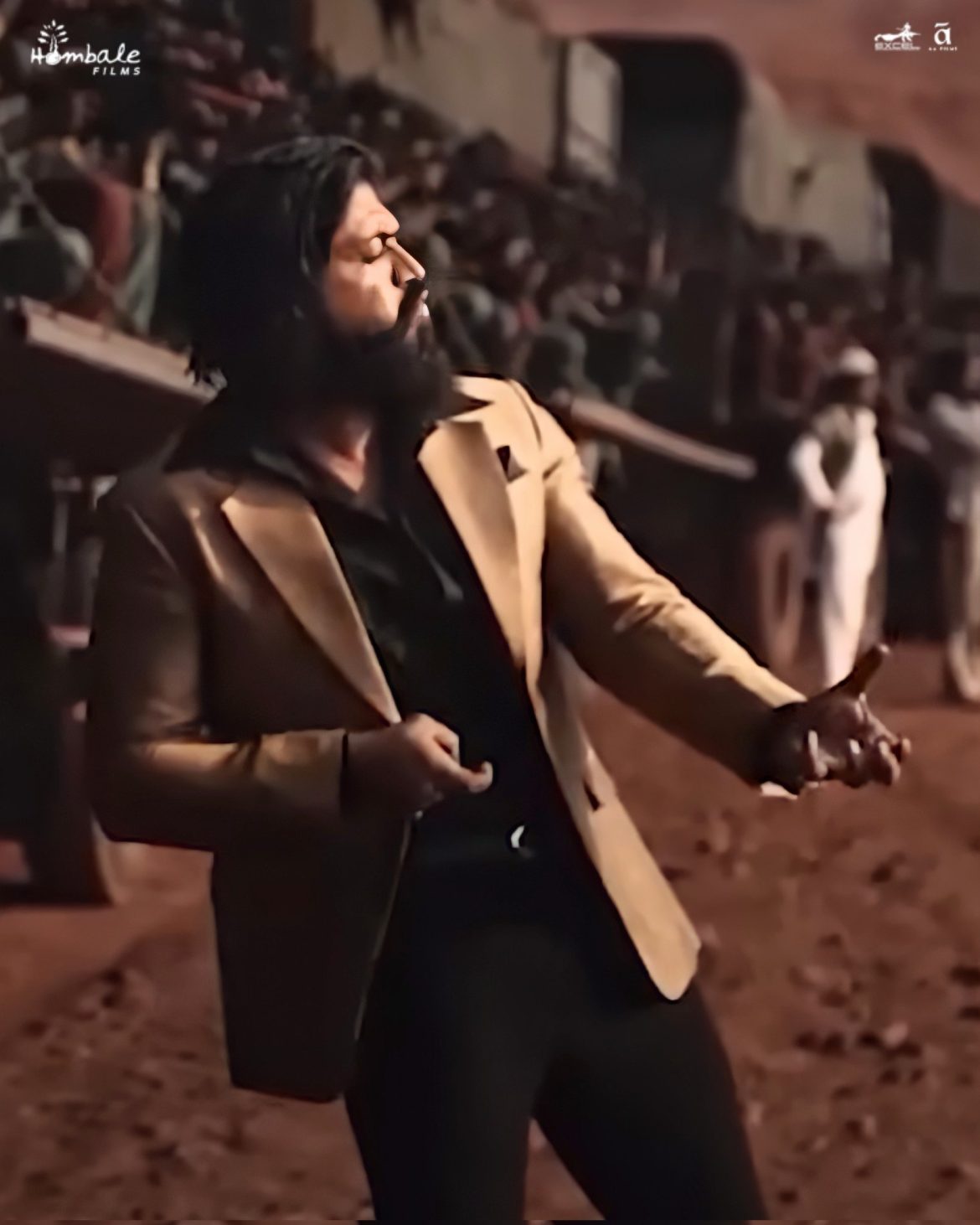 KGF CHAPTER 2 -“…Violence…Violence…Violence….I Hate Violence….But Violence Likes Me….” – says Rocky the 70’s Goldmine Gangster, played by Yash, who has now with Kolishnikov machine guns in his transport vehicles that are heavily stocked to protect him and his small town of 1.5 million.

This is “Scarface” on steroids minus the cocaine. Yes the sequel continues with the story of his robin hood escapades that also makes him a king of his empire. From rags to riches, he monopolizes the Gold business illegally, and has political connections, as well as many henchman’s under his wing.

The narrative continues when Prashant Raj tells the story to the current journalists and politicians in this episode. This Hindi?kannada/Telegu dubbed film features Sanjay Dutt as “Adheera”, who is the oppressor, that wants the empire back, and wants Rocky dead. His get up is freaky outlandish and menacing, but I felt his voice seemed a bit husky and weak, since this film has been made after he battled throat cancer recently.    This is the new formula in mixing Bollywood with South Indian flavor. Seeing Raveena as fierce no nonsense straight shooter minister was an eye-opener. She brings the real weight to the film in her small role. The film is action oriented, and at time a bit too much with loud jarring background score that could have been brought down a notch or two. But the visuals and direction is fast paced with stylish slick sequences that do keep you glued to the screen.