THE SKY IS PINK – Movie Review 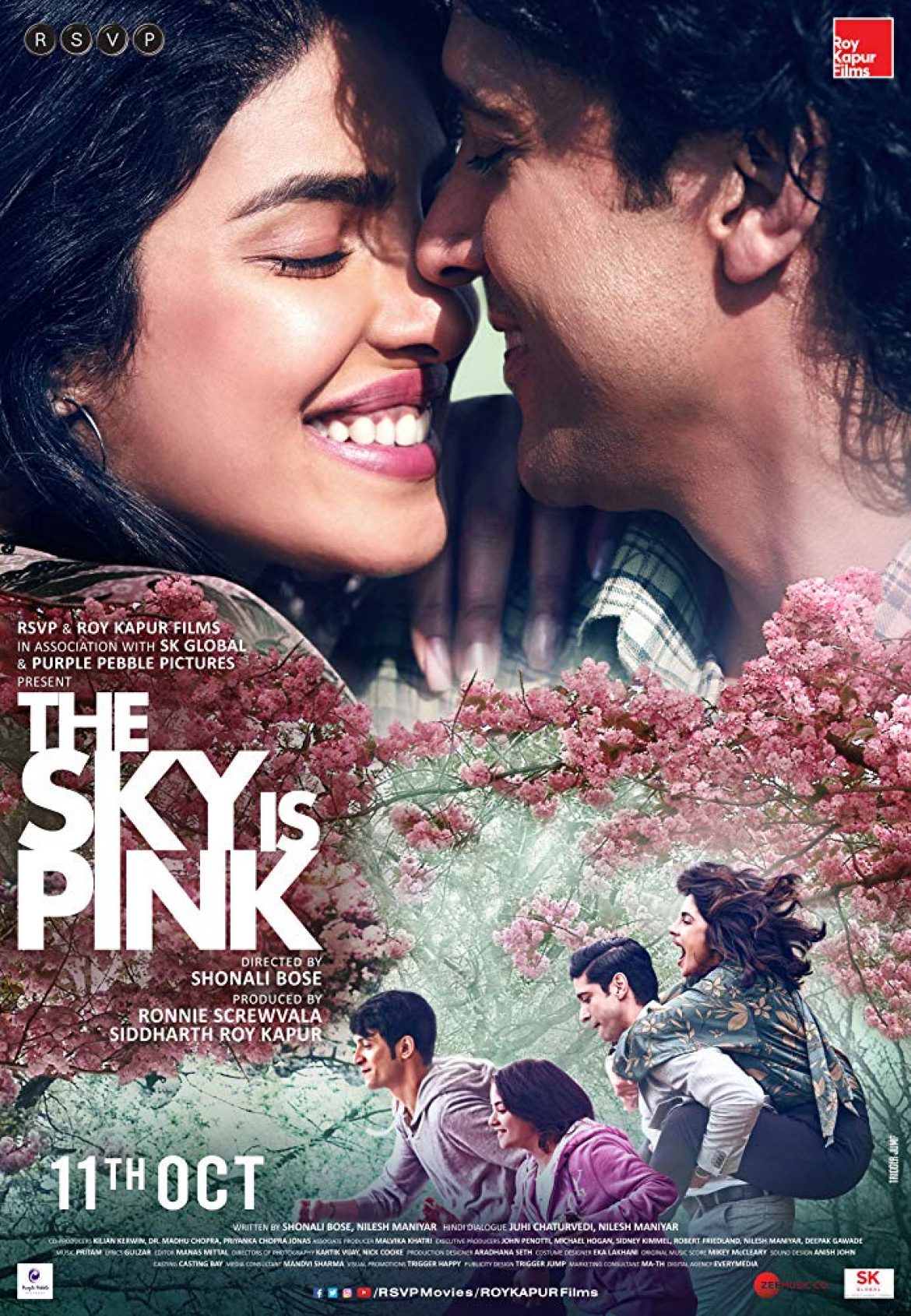 THE SKY IS PINK – Director Shonali Bose brings a touching subject onto the big screen in, “THE SKY IS PINK”. To those who have lost their dear ones, there is always that loss that we cannot replace, but their memories are kept intact for us to cherish for the rest of our lives.

Based on a true story, of a young girl who was born with no immune system, is in need of a bone marrow and a stem cell transplant. It is a long process for healing, but it is a journey that a family takes to see the outcome together. Unlike other films that show the struggles of such situations, “THE SKY IS PINK” shows you the narrative from the daughter’s side, played by Zaira Wasim, who is ailing from this disease that affects her lungs. It is almost like a journal that she keeps and how she describes her parents in a loving and in a comical way.

The films dialogues appear real and well written by Juhi Chaturvedi. As for the acting, I have always had my prejudices and reservation towards Priyanka Chopra. I felt she appears always artificial. But hands down to all her detractors, This is by far the best work she has done so far. Her role as a caring mother, is strong and assertive, that only seeks what is best for her family, and especially for her ailing daughter. She deserves a nomination this year. Even Farhan Akhtar, plays his role as the father in a subdued manner. But showing his character as supporting and emotional was real and natural. The film was above my expectations. The film gets a 4 star recommendation. Awesome TV & Courtesy Being Filmy.