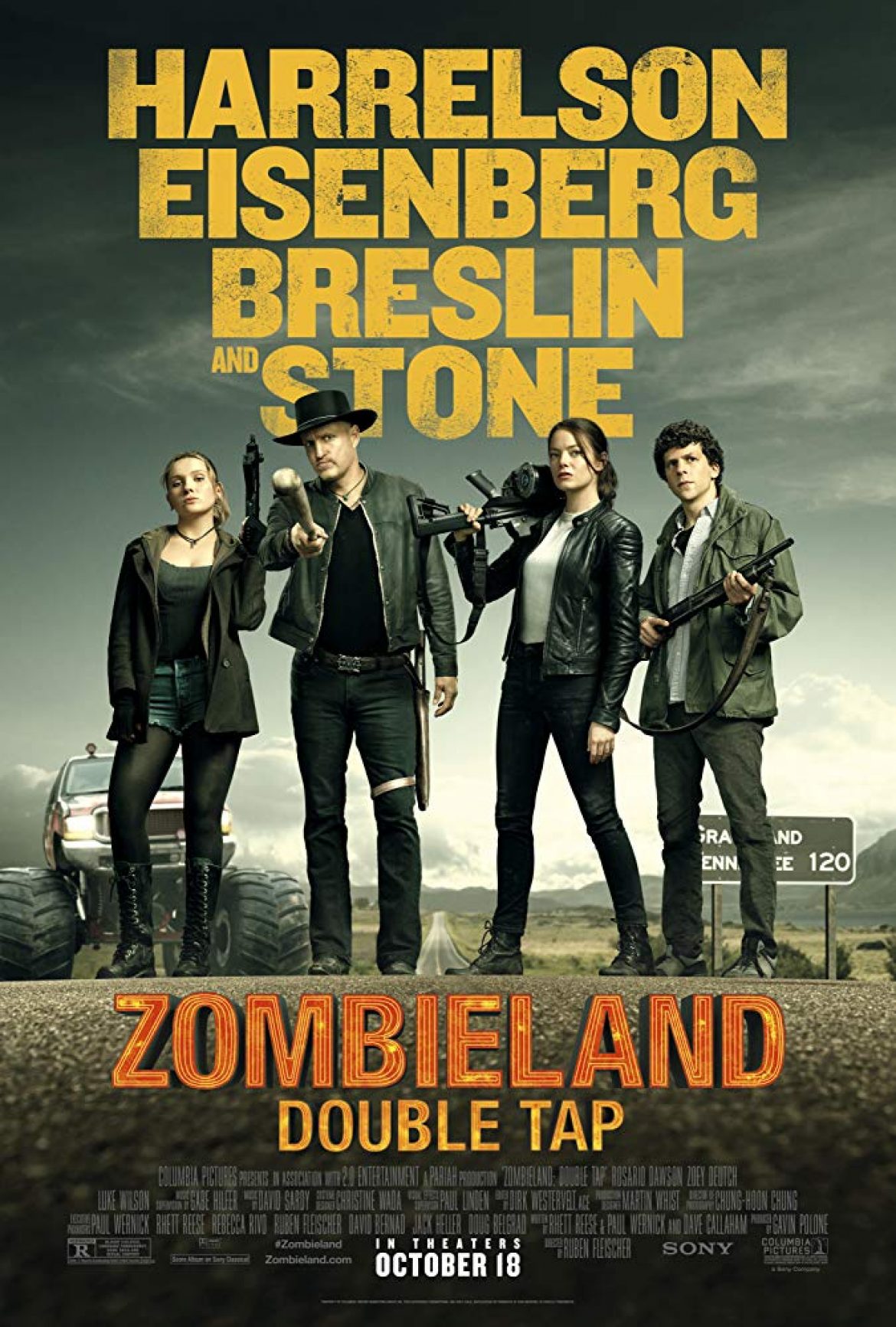 ZOMBIELAND DOUBLE TAP – Even Zombie’s need their sequels. It is once again light dark humor comedy, and it is the continuation of these sharp shooters that form up again to find an kill anymore Zombies that are left. The United States is almost a ghost land. Yet whoever are safe and normal are rebuilding a peaceful Utopian Civilization.

The film is predictable, but this time Woody Harrelson and Jesse Eisenberg have some new recruits that joins them on this road trip. You have Emma Stone, Rosario Dawson, Luke Wilson & Zoey Deutch, who surprisingly is the highlight as the “Ditzy Blonde”. She is hilarious and lifts this average film to a tolerable level. Overall the film gets a 2 and half stars. You can wait for it to come on Netflix. Courtesy Awesome TV &  Being Filmy.